Hamamatsucho is a business district in centrally located Minato Ward, Tokyo, bordering Tokyo Bay. Residents can enjoy views of Odaiba, proximity to the Hamarikyu Gardens and great transportation options to downtown hotspots. Although generally under the radar for many apartment seekers due to its business-like environment, Hamamatsucho can offer a good balance between city conveniences and quick commute times and is a great location for short-term business stays.

Hamamatsucho is primarily a business district located in Minato Ward, one of the central wards found in Tokyo. This puts it very close to other business and entertainment districts such as Shinbashi, Tokyo, Shinagawa, and Roppongi. With a large concentration of businesses in the area there are plenty of late night izakaya and ramen shops geared toward feeding the masses of those working in Hamamatsucho. If one of your apartment hunting criteria is to cut down on your commute as much as possible, Hamamtsucho might fit the bill.

Notable landmarks in the neighborhood include the Hamrarikyu Gardens, the Intercontinental Tokyo Bay hotel, and the 56-story Acty Shidome tower, one of the tallest residential apartment buildings in Japan.

Apartments For Rent in Hamamatsucho

*Access to the Toei Subway lines is through Daimon Station, a 50 m walk from Hamamatsucho Station.

In general, Minato Ward is a very foreigner-friendly area since there are many international embassies and international companies located in this part of Tokyo. Along with this, many of the establishments will also offer English speaking service, but your milage will vary.

A perk of Hamamatsucho Station is that it is directly connected to Haneda Airport via the Tokyo Monorail. This is a great bonus for frequent flyers who need convenient access to the airport.

The nearby Hamarikyu Gardens and Kyu-Shiba-rikyu Gardens add some natural scenery and a sense of traditional Japanese tranquility to the ever modernizing Tokyo landscape. Tokyo Tower is another popular feature that is within walking distance from Hamamatsucho. Having this iconic Tokyo sight in your neighborhood could be a great bonus for apartment seekers.

Since Hamamatsucho itself is primarily a business district, it doesn’t attract families as frequently due to the crowds of businessmen and lack of child-friendly parks. For those who are looking for more family-friendly neighborhoods, check out areas in Setagaya Ward. Even other parts of central Tokyo can be a better fit for a family such as Shirokane, Hiroo, and Yotsuya.

Apartments for rent near Hamamatsucho Station:

Very conveniently located with direct access to many of Tokyo’s business districts, Hamamatsucho might be a great choice for those looking to cut down on commute times. Refine your search parameters on our site to find your next apartment in Tokyo! For example, you can find 1LDK apartments in Hamamatsucho starting at around ¥175,000 per month!

Apartments For Rent in Hamamatsucho 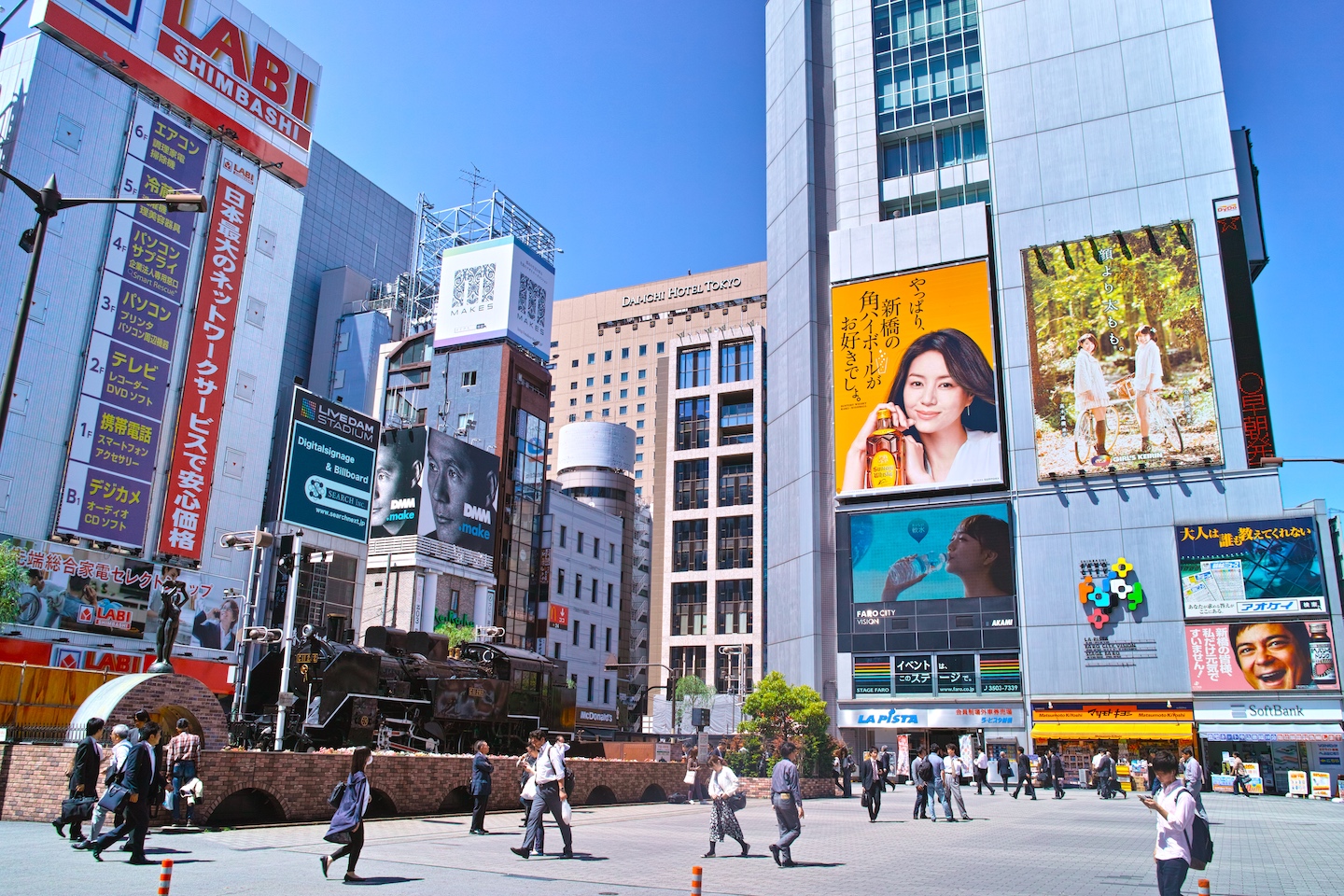 Outside the Hibiya Exit (west side of the station). Note the steam locomotive to the left of the photo, a popular landmark for meeting friends! Photo: iStockphoto