Highlights
Fashion, tourism, and cafes may be Harajuku's draw cards but the area around the station is more about quiet living than anything else.

Harajuku in Shibuya Ward, Tokyo is made up of bustling world famous fashion centers wrapped inside quiet, cozy residential areas.

The neighborhood’s vibe differs drastically depending on whether you live there or whether you see it as a destination.

Harajuku is the collective district comprising the Jingumae residential area from Yoyogi Park and Harajuku Station in the east to Sendagaya in the north, Aoyama-dori and Omotesandō in the west and south-west and connecting to Shibuya in the south.

Harajuku Station is the main JR station in the area. It’s on the Yamanote line, one stop from the subway hub in Shibuya and two stops from the world’s busiest train station, Shinjuku. The bulk of the residential areas are also serviced by the Tokyo Metro at Meiji-jingumae station (Fukutoshin & Chiyoda lines), Kita-sandō station (Fukutoshin line) and Omotesandō Station (Chiyoda, Ginza & Hanzomon lines). There are also busses running along the main roads to the adjacent, larger, more commercial districts.

Diagonally south west is route 413 which is home to big brand flagship stores before it continues on to Omotesandō and big brands give way to high fashion. 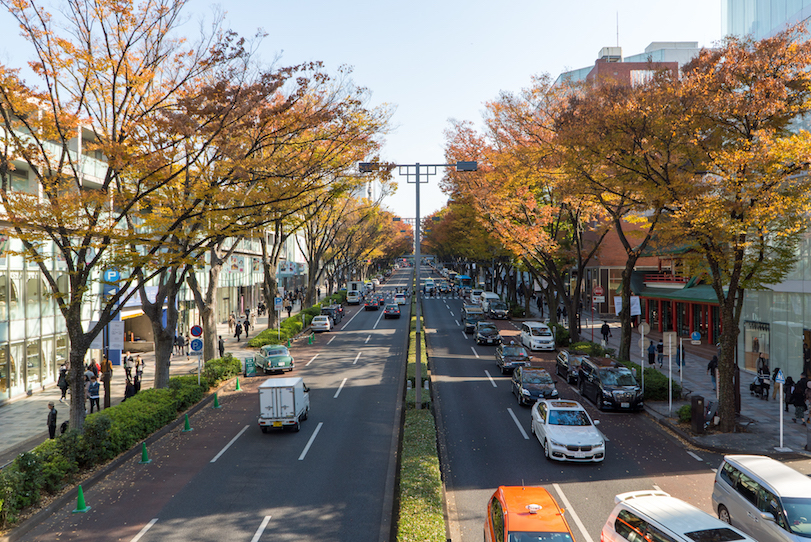 Omotesando Avenue, lined with zelkova trees, is one of Tokyo’s and the world’s premiere shopping destinations. Photo: Nayalan Moodley 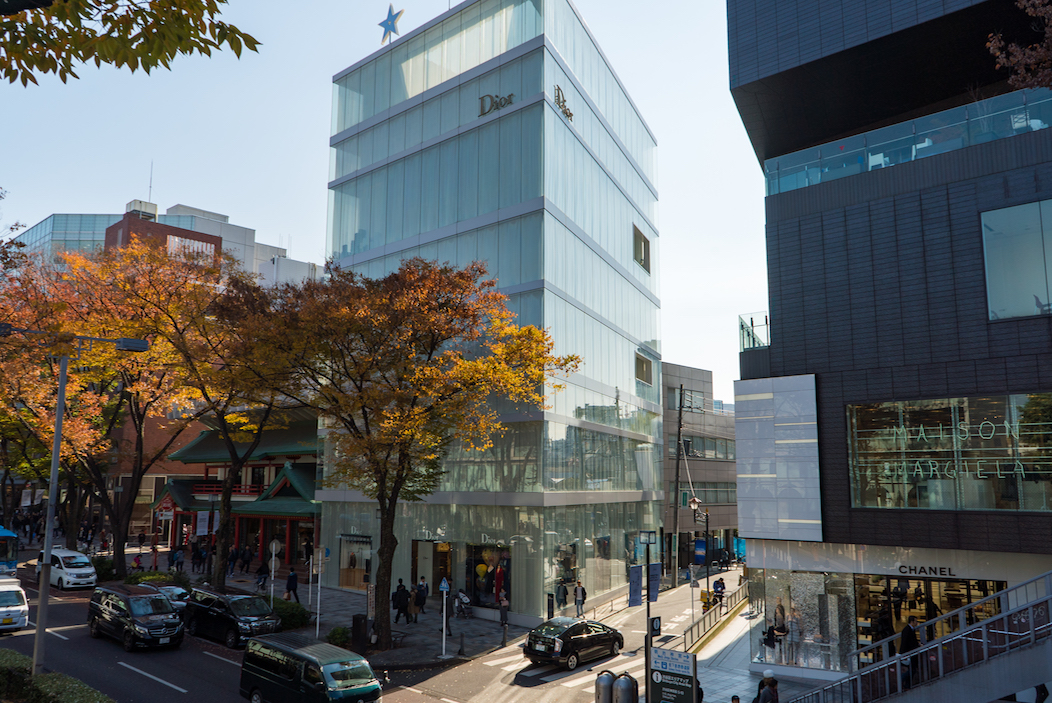 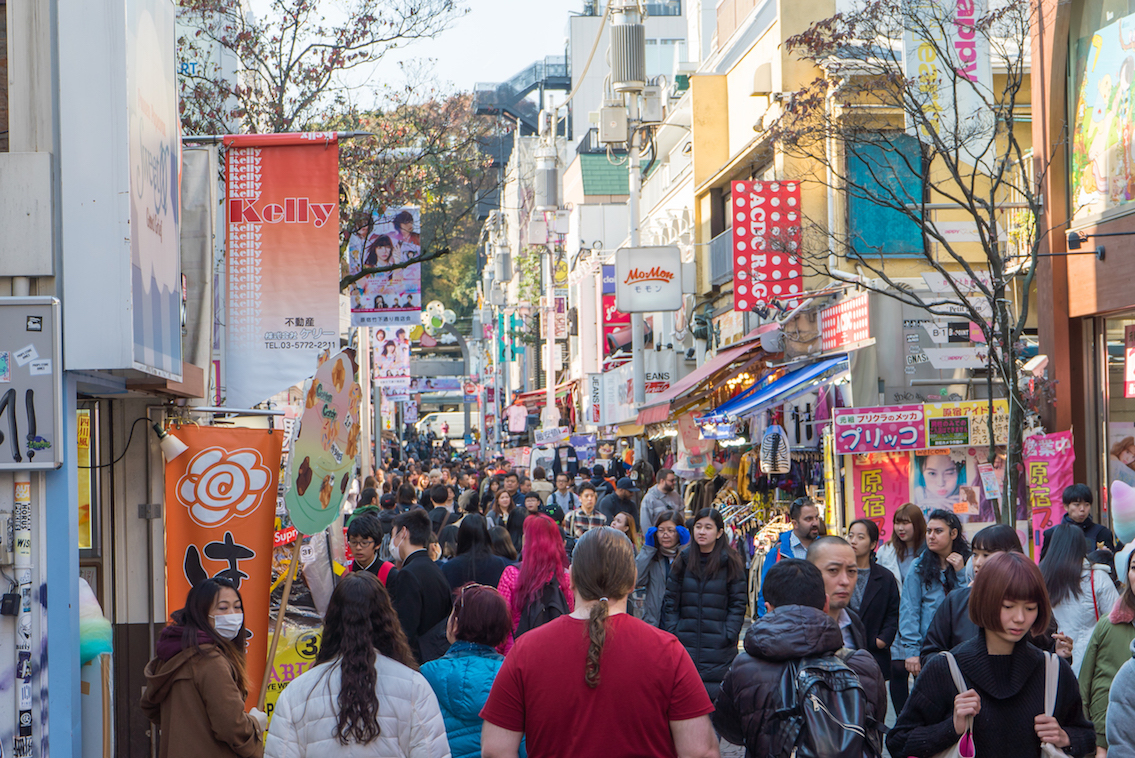 Exiting at the Takeshita street entrance places you right in front of Takeshita street, a once popular fashion center that’s become a teeming tourist destination (pictured in the lead photo). Off to the left and right of either of these roads, things quiet down and become very residential. The mass-produced mainstream consumption gives way to smaller cafes, restaurants and local boutiques that service their niche clientele.

Harajuku life is quiet and laid back which seems counter intuitive considering its location in between the skyscrapers of Shinjuku, power suits of Aoyama and neon lights of Shibuya, let alone its own image as a center for youth fashion. But located beside Yoyogi Park and the Meiji-jingu shrine, residential Harajuku is surprisingly all about the slow, quiet life. 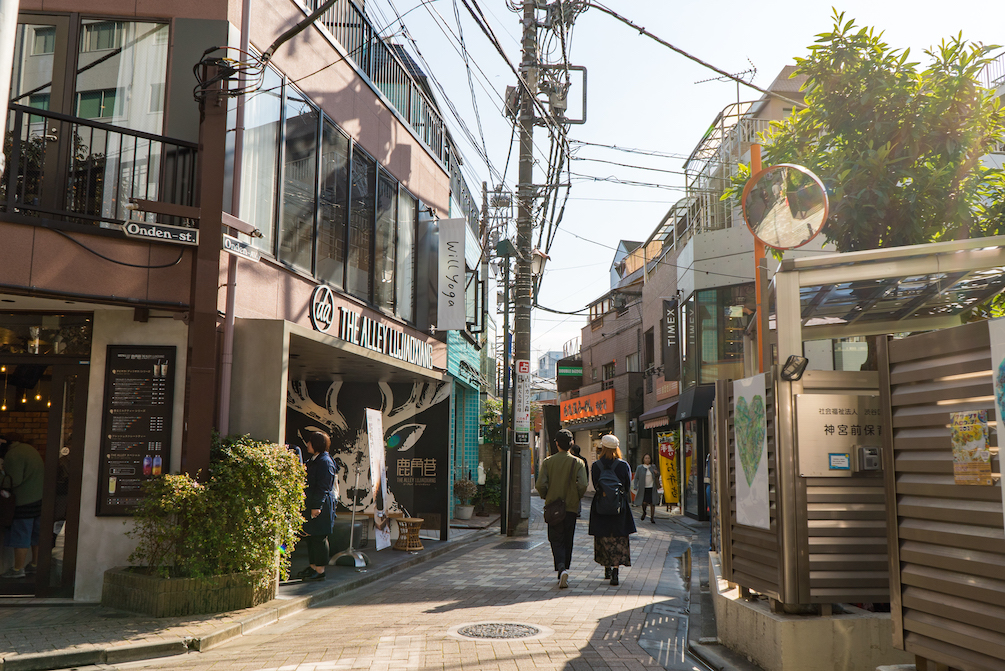 Takeshita street has shifted from an original fashion centre to a tourism street. There are still remnants of the Harajuku of old in the side streets and in the La-Foret shopping mall, but every year there are fewer stores selling Harajuku original Kawaii and Lolita fashion.

Beyond Takeshita street, however, Harajuku is still a fashionable center in Tokyo, the back streets of Ura-Harajuku are home to numerous small retailers and original designers. This is bolstered by the trendy stores on Cat Street and the high-fashion designer labels with their flagship stores in Omotesandō. 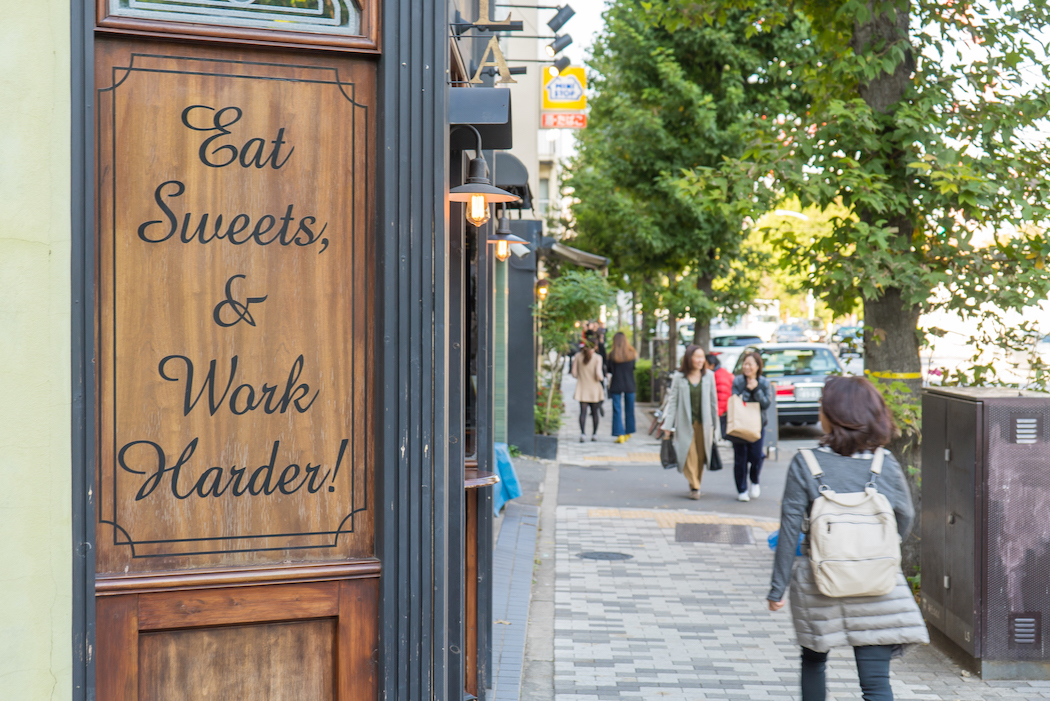 A sign for a sweet shop in Sendagaya. Photo: Nayalan Moodley

Up north in Sendagaya, along with quiet residential, there is a distinctly bohemian feel in both the eating and fashion establishments. It’s trendy in a rough-around-the-edges sort of way and while nothing like the image of Harajuku, in spirit, its vibe is reminiscent of the more underground aspects of Harajuku’s past.

Main Landmarks and Places of Interest

Takeshita Street is worth a visit, just to experience the spectacle of it all, if nothing else, though if you’re looking for more modern, Tokyo fashion, however, it would be best to head across Meiji street to Ura-Harajuku and Omotesandō.

The Meiji Shrine (明治神宮 Meiji Jingū) is a massive shrine complex dedicated to the Emperor Meiji and Empress Shōken. It’s a tranquil wooded traditional escape in the heart of the metropolis.

Omotesandō Hills is an upmarket shopping mall with some of the biggest names in designer fashion.

Cat Street, between Harajuku and Shibuya, bridges the gap between old, subculture inspired Harajuku and modern, brand-driven Harajuku with boutiques alongside hipster vintage stores and a selection of cafes and eateries.

Harajuku and the residential areas it covers are all still a part of Shibuya ward and therefore all the benefits of living in Shibuya that we covered in our Shibuya Area Guide (internationalization, diversity within the local communities and LGBTQ partnership recognition) also apply to Harajuku.

Livability for a Family

The Jingumae and Sendagaya areas are perfect, quiet, safe residential neighborhoods in the center of the world’s most populous metropolis. While property sizes tend to be smaller than in the suburbs on the outskirts of Tokyo, the convenient location means commuting times can be reduced, giving parents more time at home with their kids. 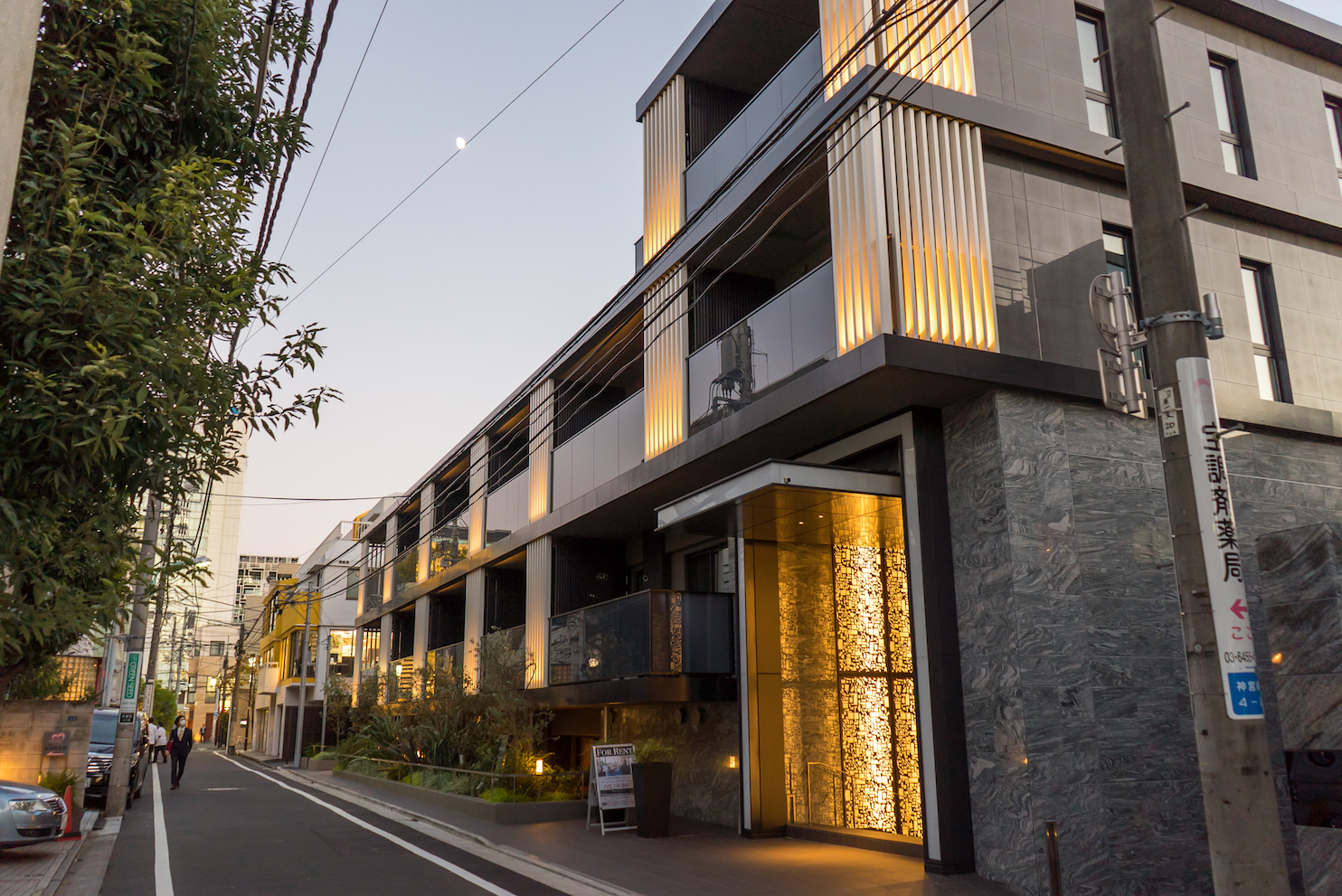 The Jingumae International Exchange School is the closest international school to Harajuku Station, but Shibuya, Shinjuku, Yoyogi and Aoyama are close enough that the schools in those areas are also viable options, in addition to the Japanese public and private schools around the area. 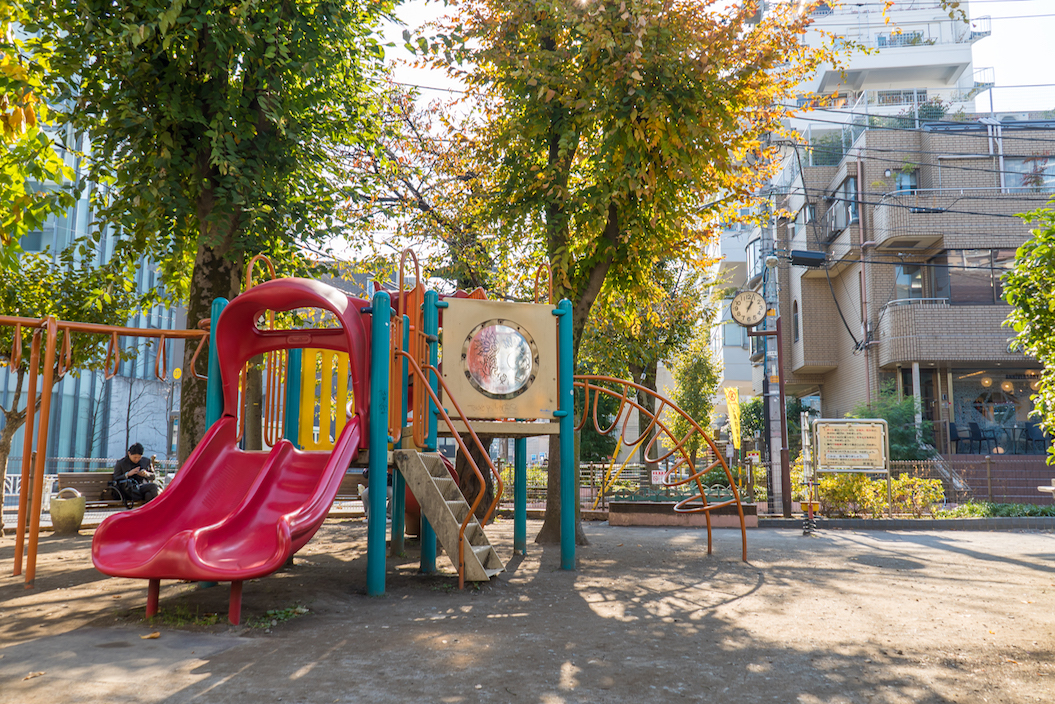 Livability for a Couple

For a couple, the location is excellent, especially if they need to commute to different parts of the city for work. Whether it’s for romantic picnics, quick runs or walking the dog, Yoyogi Park is a great place for couples to recharge. Apartment sizes for the price are a little small, but conversely, especially considering the location, couples planning to put down roots can snag fairly decent deals on a small single-family home. 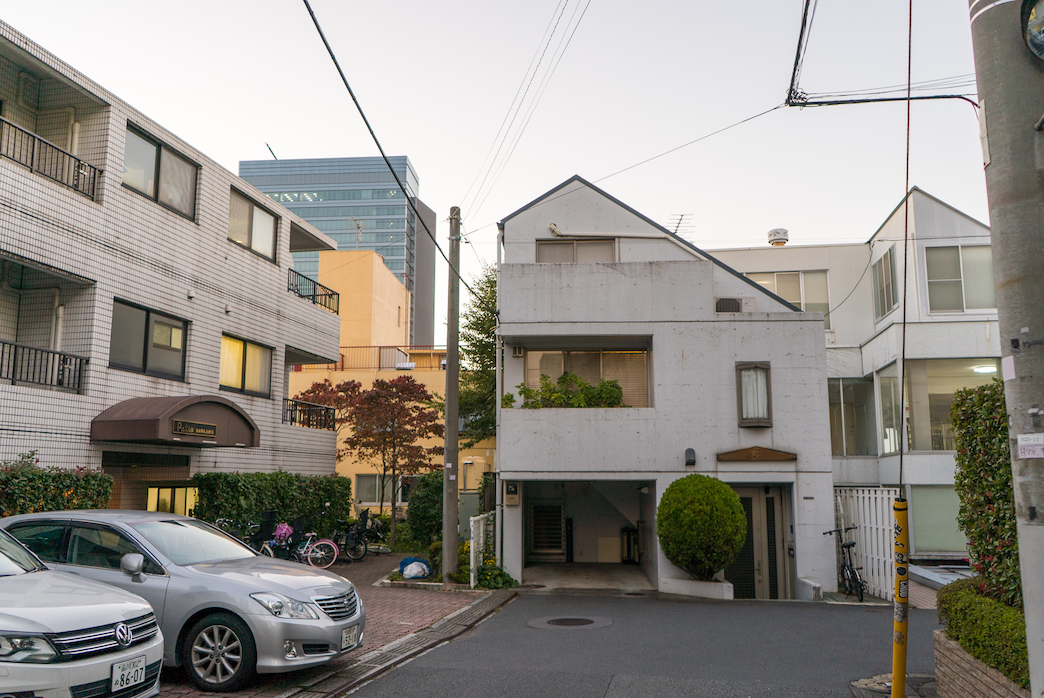 There are some smaller apartments on the main roads around the train and subway stations, but their convenient location tends to be reflected in their higher prices. If you’re working in Shinjuku, Shibuya, or Aoyama, however, you could search for cheaper deals and share houses further away from the stations and commute quite easily by bicycle. 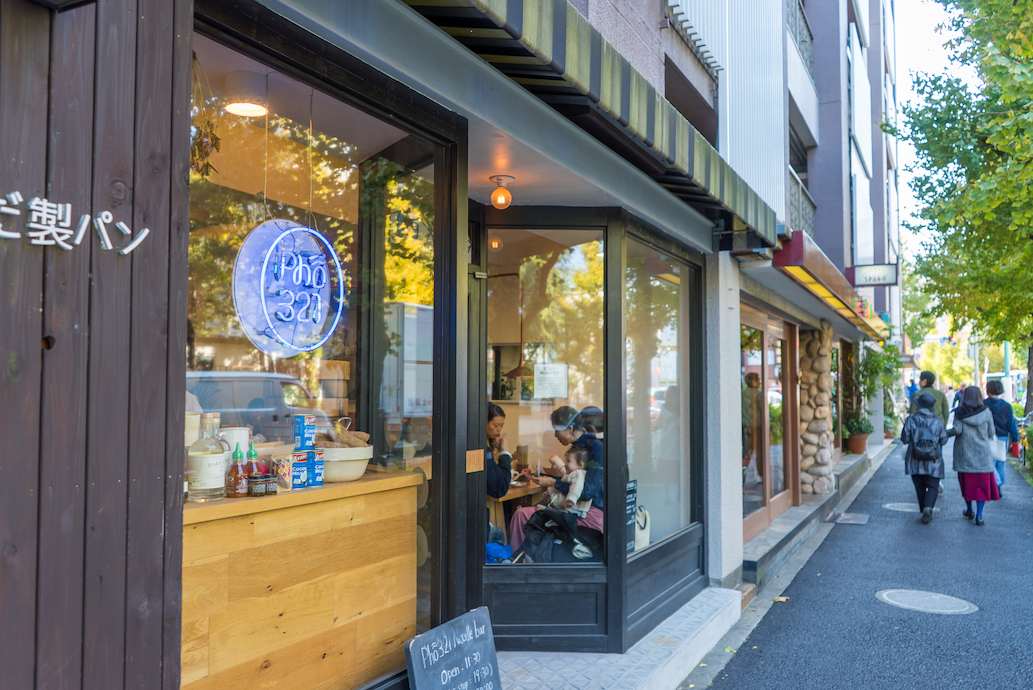 Harajuku’s proximity to Tokyo’s nightlife centers also means that enjoying a night out past last train doesn’t mean having to pull an all-nighter. A short taxi ride or even a quiet midnight stroll will see you home and refreshed for the next day’s hustle. 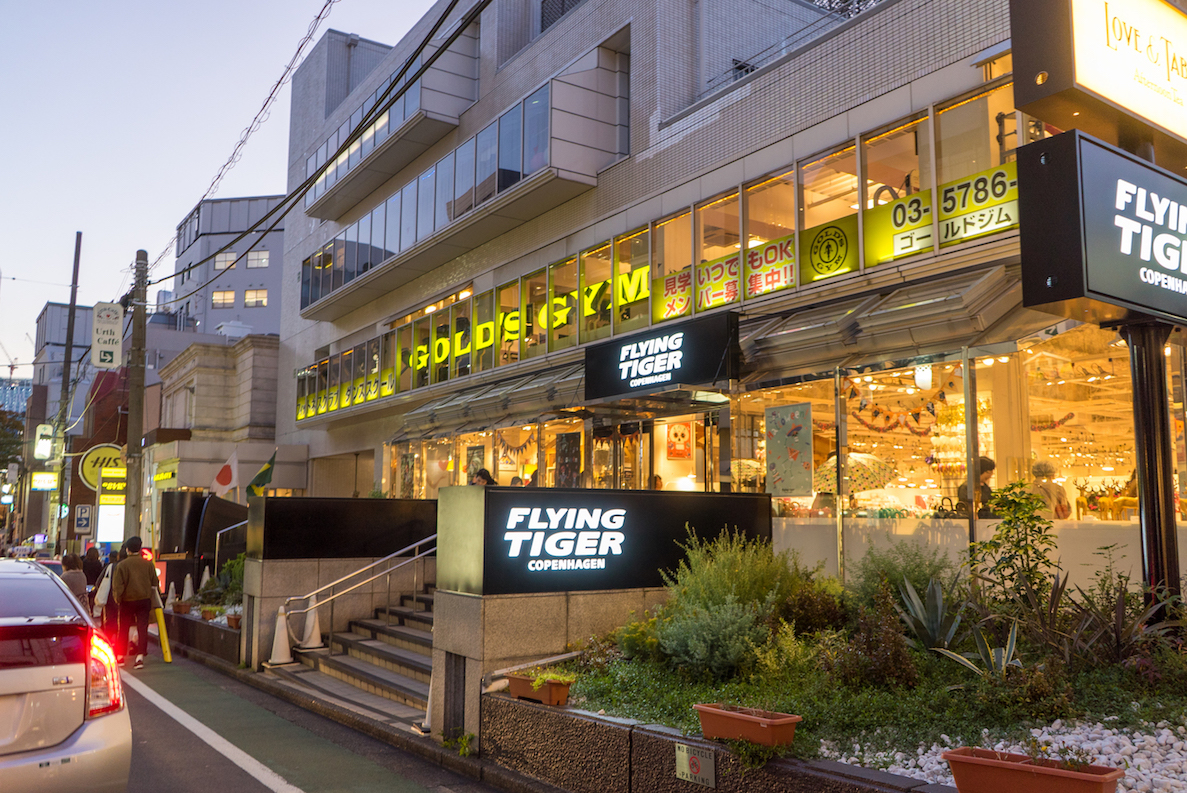 Crepes: On just about every corner…and hundreds more culinary delights.

A Short History of Harajuku

Harajuku started out as a relay station for postal riders and was essentially nothing more than a collection of farms in the middle of nowhere. After the Meiji Shrine was built and the Yamanote Line station was added, the Jingumae area gradually became more residential but was still a relative backwater.

Its proximity to transport hubs and cheap rent opened the door to young designers and fashionistas who wanted to create their own styles and go against the grain but couldn’t afford Shinjuku rates. Thus began the youth fashion and co-splay explosion that peaked at the turn of the century.

As corporations and fast fashion moved in to capitalize on the Harajuku boom, prices went up and the fashion scene evolved. Now, Harajuku with the exception of a few tourist facing areas, has matured to suit the times, and as such has become a modern center of global fashion in Tokyo.

Article and Photos by Nayalan Moodley