Close to the heart of business in Tokyo, Kanda is a bustling and lively area where you can find quiet pockets of history tucked away behind all the business activity. Due to its central location, there is access to a wide variety of train and subway lines. Ideal for people who want city-center living and students studying at one of the many universities in the area.

Kanda is both a district located in Chiyoda Ward, Tokyo and a stop on several JR lines and the Ginza subway line. Kanda doesn’t have the glitz or glamor that’s normally associated with downtown Tokyo. Instead, it shows off some of the old, traditional charms of the capital. It’s located very close to Tokyo Station, so if you love city living and being in the center of the action, this is an area to check out! 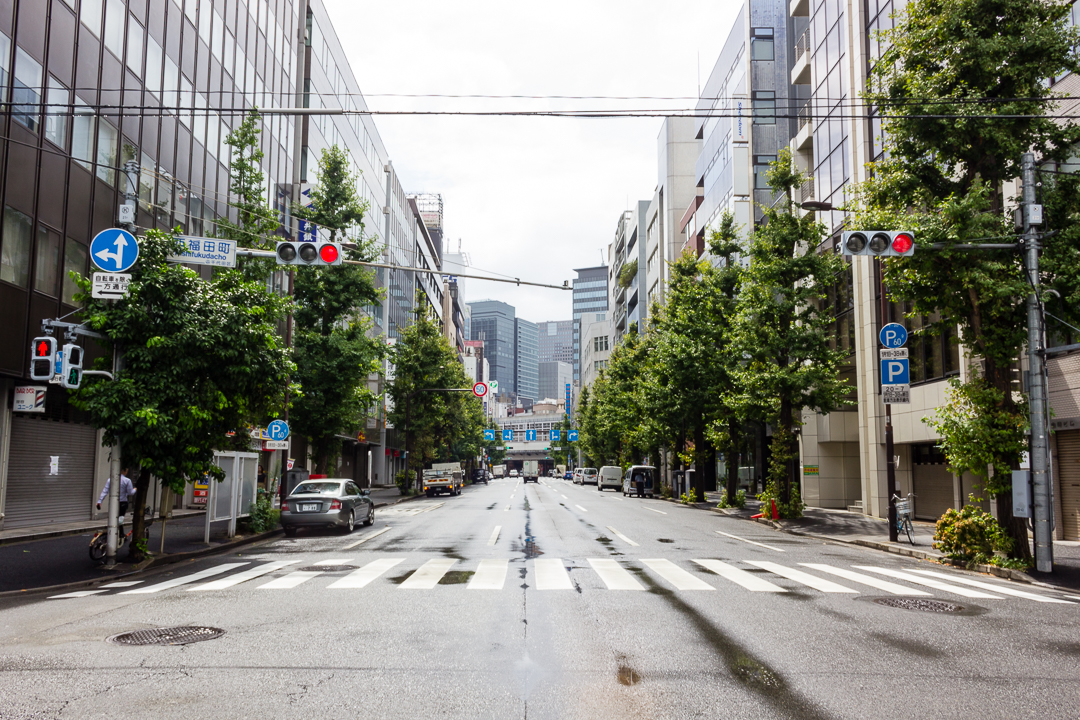 Kanda At a Glance 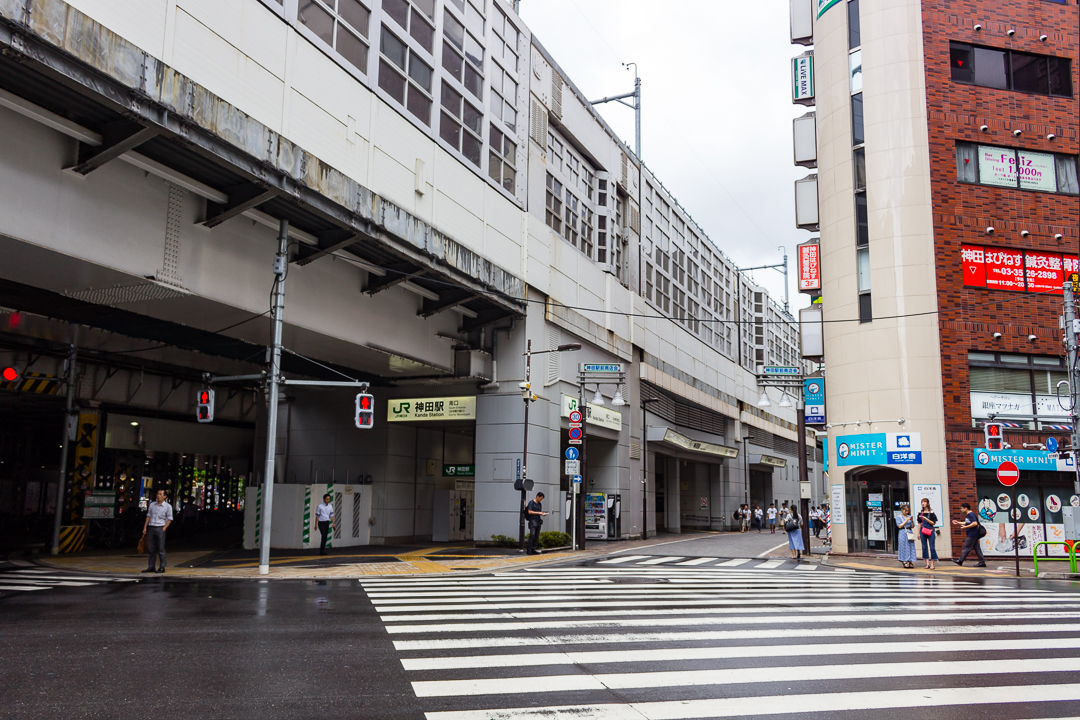 A view of the South Exit of JR Kanda Station. Photo: Scott Kouchi 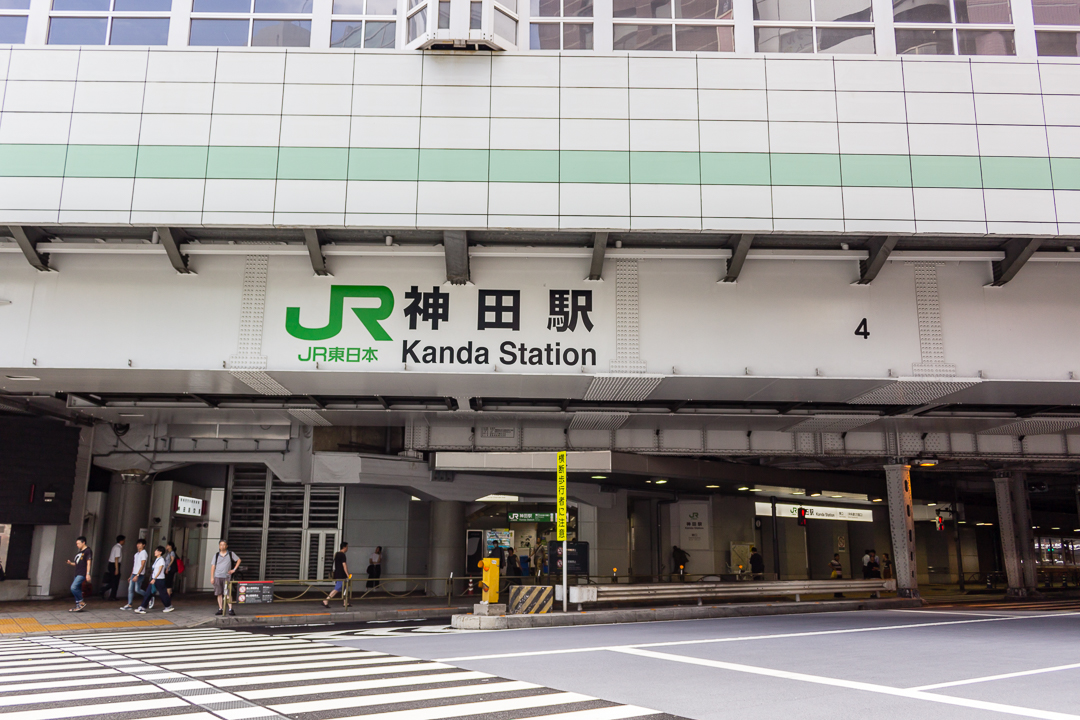 Kanda Station is in a relatively central/downtown location that’s only one stop away from Tokyo Station. This means you’ll have easy access to Shinkansen lines and the Narita Express, perfect for both business trips and vacations!

From Kanda Station itself, you can take a variety of trains/subways (Yamanote Line, Keihin-Teihoku Line, Chuo Line, Ginza Line). One of the bonuses of being located in a downtown area is that you’ll also be within walking distance from a myriad of other subways that weave through Tokyo.

There is a literal price to pay for having so much convenience though. The average monthly rent for housing near Kanda Station is relatively high compared to the rest of Tokyo.

This begs the age-old question: would you rather spend a little more on housing to be located in a convenient area, or would you be ok with a longer commute if it meant more affordable rent? The answer to this will differ from person to person, but it is important to consider when relocating and looking for a new apartment.

On Real Estate Japan, you can find much less expensive options than the average numbers mentioned above.

For example, rent for shared rooms in guest houses near Jimbocho Station start at around ¥32,000 per month.

Apartments for Rent in the Kanda neighborhood

To see current listings, please click on the links below. 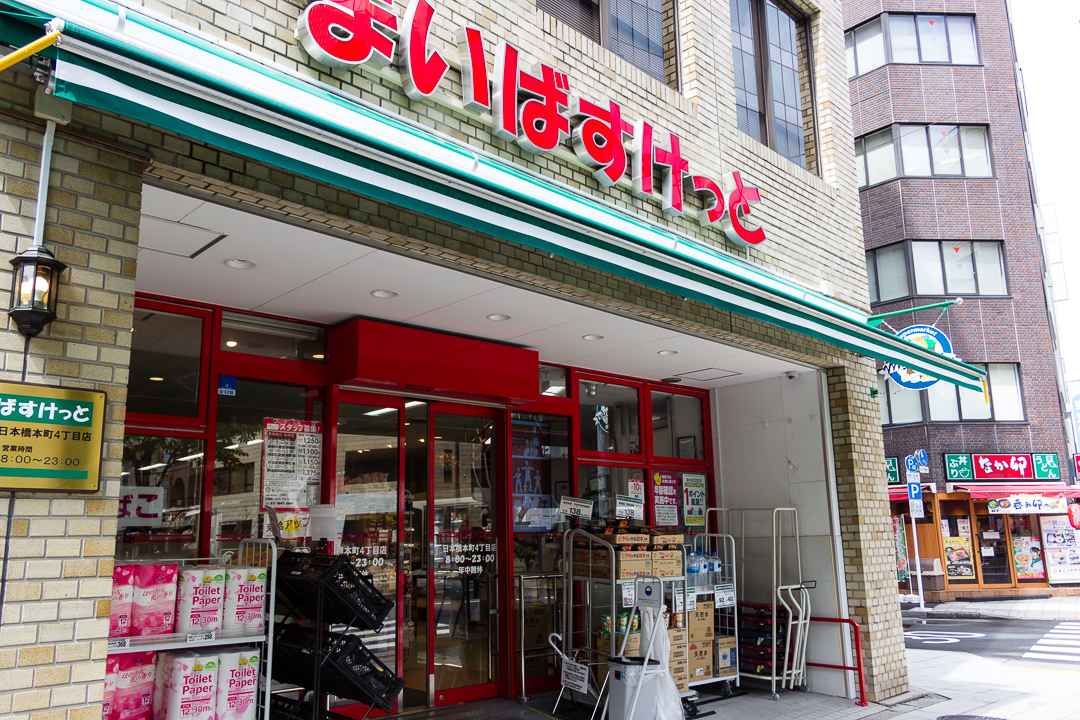 A My Basket (まいばすけっと) supermarket in Kanda. You’ll be able to find most basic kinds of ingredients at these small locations. Photo: Scott Kouchi

Regarding other fitness options near Kanda, Michihiro Arima (winner of the 2012 Best Body Japan award) operates a gym in the area. If getting (or staying) in shape is a priority, you have access to a reputable gym here!

There is also a lot of history to take in around the area. Places like Kanda Shrine are great for when you have some time to really appreciate the blending of traditional and modern that Tokyo provides. 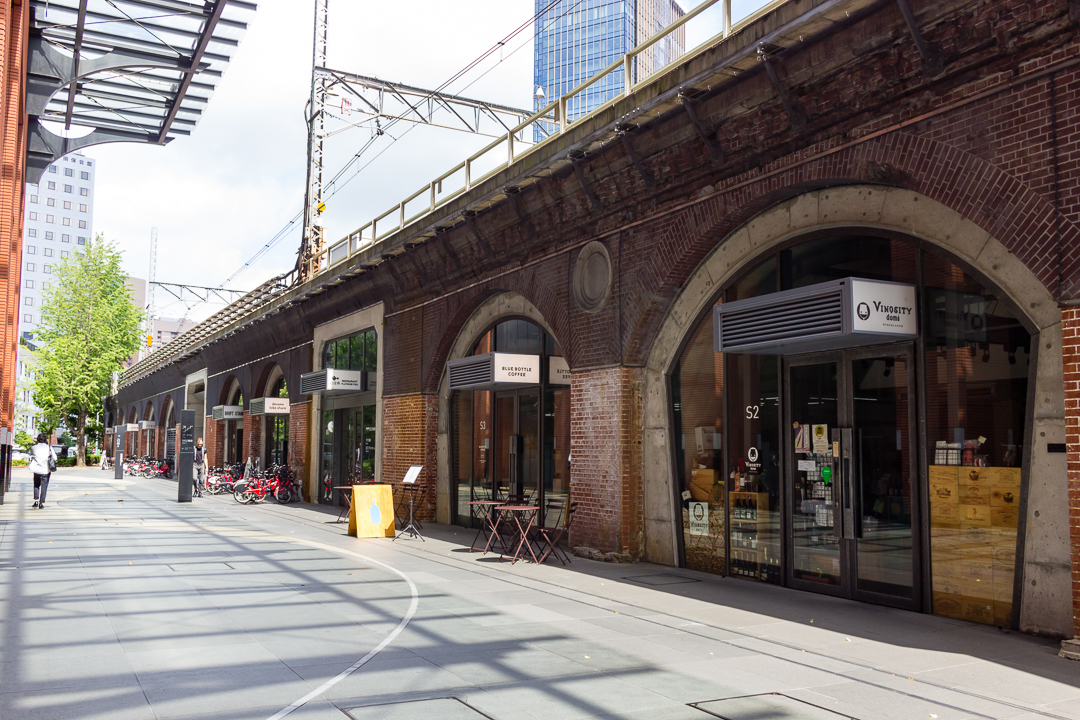 A stretch of restaurants and cafes built into what used to be Manseibashi Station. You can find a blend of past and present like this throughout Kanda! Photo: Scott Kouchi

When you take a quick glance around Kanda Station, you’re greeted with a sight of storefronts and offices. You might wonder where everybody actually lives, but once you venture a few blocks away from the station you’ll see a vast array of condominiums and apartment buildings.

As Kanda is centrally located in Tokyo, there are plenty of supermarkets and drugstores in the area so it’s easy to pick up life essentials without having to go out of the way. There isn’t a supermarket adjacent to the station itself, but all it takes is a quick stroll to pick up ingredients for when you feel culinarily inclined. In addition, the area is relatively flat, so riding a bicycle is a great way to get around. One thing to take note of, though, is that there are few “large” supermarkets.

The Kanda area is also home to a number of universities, mainly centered near Jimbocho Station: Meiji University, Senshu University, and Kyoritsu Women’s University. This gives the area around Jimbocho Station the feeling of a college town, with many inexpensive eateries and bookstores surrounding the station, including a big branch of Books Sanseido. Jimbocho Station is a busy station located on three subway lines: the Toei Mita, Toei Shinjuku, and Tokyo Metro Hanzomon lines.

When the sun sets and the workday is over, Kanda has a reputation for being somewhat unpleasant (particularly for women). Since alcohol starts to flow freely after salarymen clock out, there is a tendency for some to overindulge and act a bit vulgar and loud. Of course, this depends on the specific areas within Kanda; so it’s entirely possible to avoid this by staying away from the izakayas and alleys at night.

Within the Kanda area, you’ll find Jimbocho, an area of Tokyo that is renowned for the sheer number of used bookstores lining its streets. It can be a fun activity to take a leisurely stroll through the never-ending aisles of books (and records in some stores!) throughout Jimbocho.

Akihabara, Tokyo’s world-famous electronics and anime shopping district, is also considered part of the Kanda area. Akihabara Station is just one stop from Kanda on the JR Yamanote line.

A good portion of the Kanda area resides in Chiyoda Ward, which boasts an impressive zero children on waiting lists for after school daycare. This should help alleviate some stress from having to finding proper facilities when planning your child’s educational path. 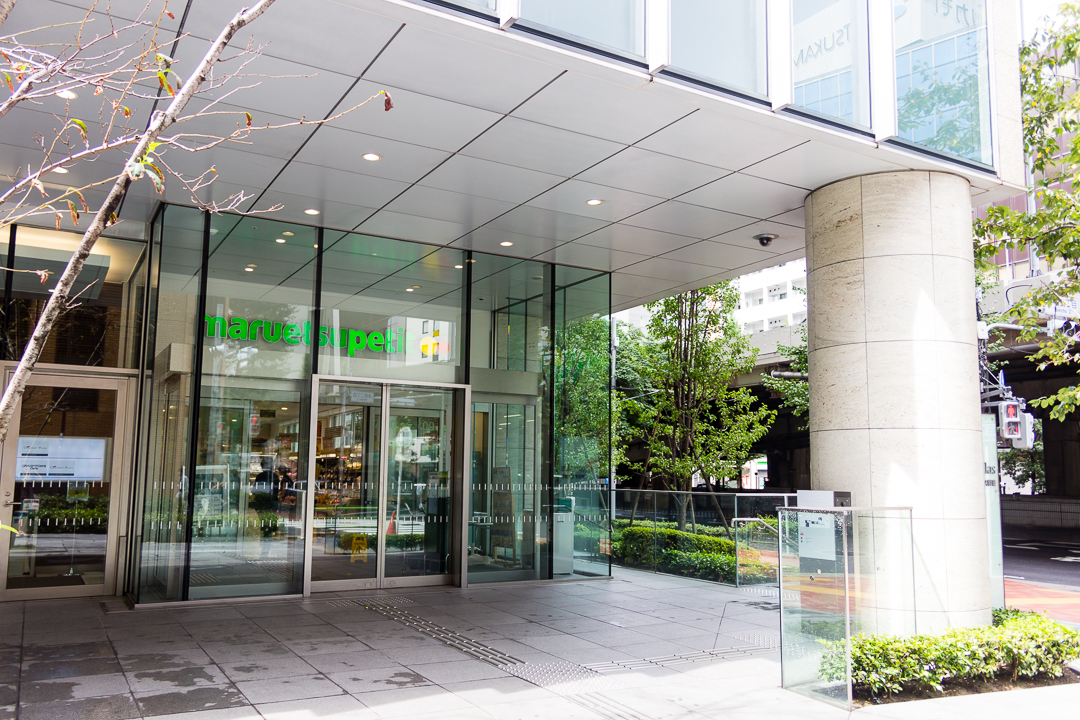 Who is this area ideal for?

All in all, if you’re working near Tokyo and want to drastically reduce your commute, Kanda is definitely a location you should check out, especially if you are a fan of city living. If you need some space, though, you’re probably going to need to find a place a bit farther out.