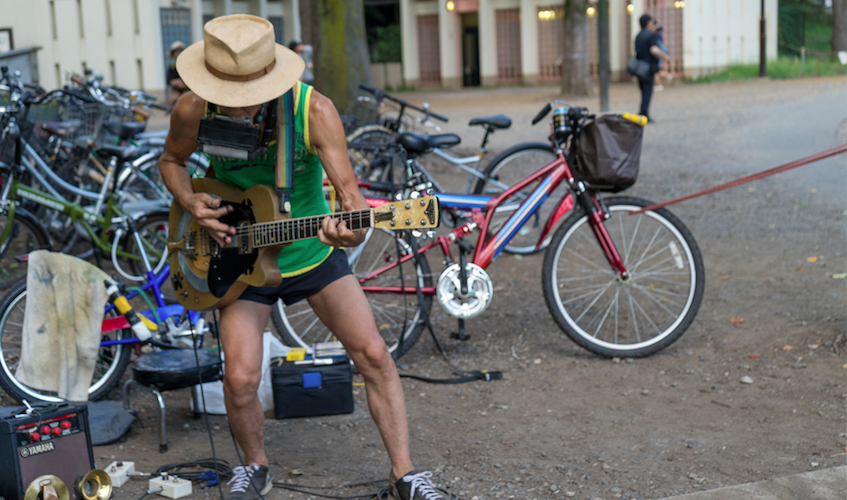 A youthful and creative neighborhood situated in Musashino City, just west of Tokyo. Close enough to the central wards to be convenient but far enough away to have a relaxed and bohemian atmosphere. Its diverse and vibrant shopping center is surrounded by peaceful residential areas and home to the famed Inokashira Park.

Highlights
Relaxed, creative and bohemian, popular with young people. Located just outside of Tokyo's central wards but with easy access to Shibuya. Home to Inokashira Park and Zoo. Regularly voted as one of the most desirable places to live in Tokyo
Trainline(s)
JR Chūō, JR Sobu, Tozai Metro, Keiō Inokashira Line (terminal stations are Kichijoi and Shibuya)
Access
From Kichijoi:
-- 15 minute direct ride to Shinjuku
-- 16 minute direct ride to Shibuya

Situated in Musashino city, just west of Suginami ward, Kichijoji is ideally situated close enough to Tokyo’s central wards to be convenient, yet far enough away to have a far more relaxed atmosphere. It has a vibrant and diverse commercial district, but is surrounded by peaceful residential areas and is home to the famed Inokashira Park and Zoo.

Apartments for Rent in Kichijoji

Kichijoji is regularly voted by locals as one of the most desirable neighborhoods to live in Tokyo. In SUUMO’s 2016 survey, Kichijoji came in second, just behind Ebisu as the best station to live in the greater Tokyo area. The average rent levels reflect the popularity of the neighborhood.

According to HOME’S, a Japanese real estate listing site, the average rent for an apartment near Meguro (as of March 2016) is:

Apartments and Houses for Sale in Kichijoji

Kichijoji is also a popular area for condominium and home buyers. You can search for houses for sale in Kichijoji on our listing pages.

JR Kichijoji Station is serviced by the Chuo and Sobu lines. The Chuo line links Kichijoji directly to two of Tokyo’s main transport hubs: Shinjuku and Tokyo. If you are feeling especially adventurous, you can hop on the Chuo in other direction and go as far west as Nagoya.

The Sobu line connects Kichijoji with Ochanomizu, Akihabara and onward to Chiba.

Kichijoji Station is also the terminus for the Keio Inokashira line which heads through to Shibuya.

The majority of Kichijoji’s commercial and shopping areas are situated around the station. There is a little something to suit just about everyone’s needs. 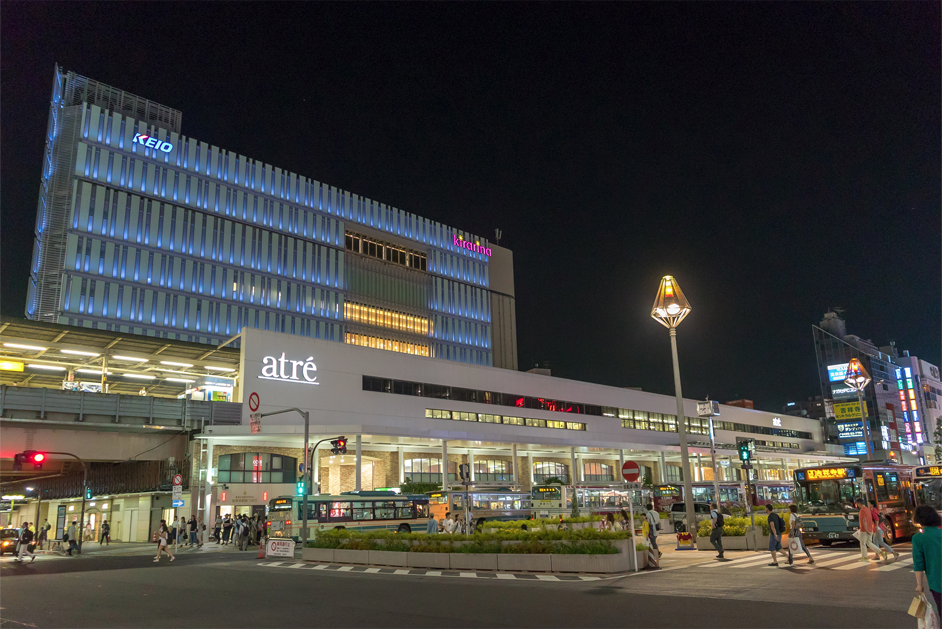 Major department and chain stores can be found near the station area. Photo: Nayalan Moodley

The north side of the station is centered on two arterial shopping streets. The Sunroad heads northeast and Nakamichi heads northwest. 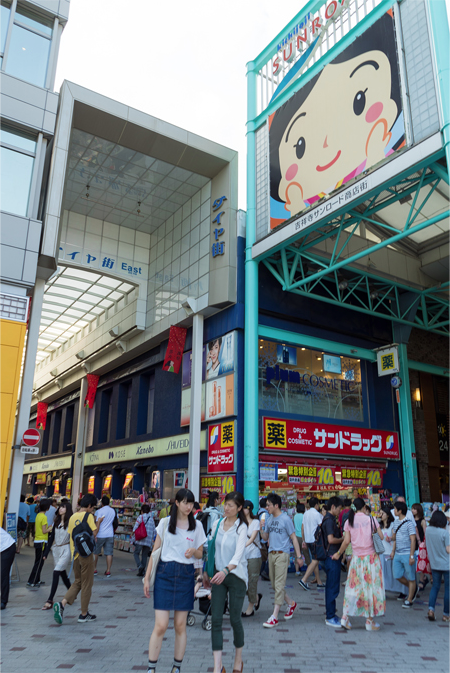 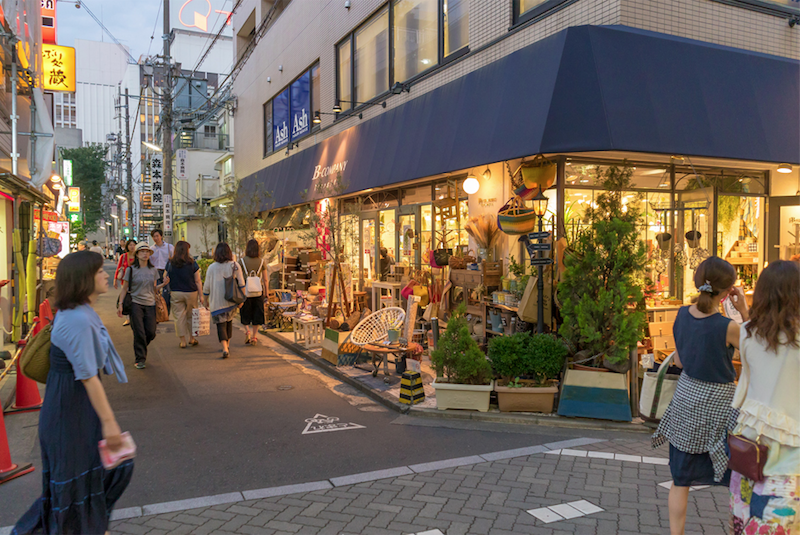 Closer to the station there are branded chains and department stores, but a few blocks in, the boutiques, coffee houses, restaurants, patisseries, art galleries, bars and live houses take over. 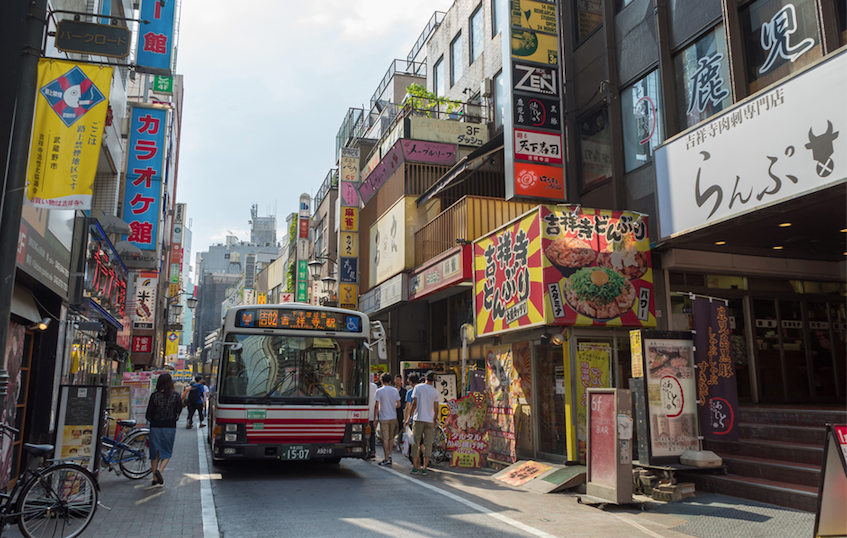 A plethora of izakaya (Japanese-style pubs) can be found on the south side of the station. This strip of izakaya and ramen restaurants hemmed in between the station and Kichijoji avenue could give parts of Osaka a run for their money in atmostphere and taste. Photo: Nayalan Moodley

It is this diversity and selection of all things fashionable, edible and audible that calls to people across Tokyo. One could argue that the same could be said for any other popular Tokyo locale, but in many larger neighborhoods, higher rental costs and more commercialization, leads to more profit driven businesses than passion driven ones.

Kichijoji, on the other hand, thrives on passion and creativity, thus, it draws in passionate and creative folk as customers, workers and as residents. 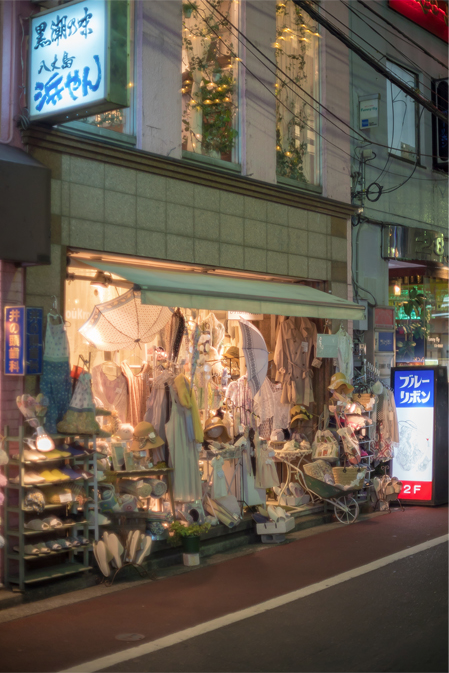 The entire neighbourhood has a distinctly bohemian feel. Tokyo’s figurative hard edges are ground down, every minute spent exploring all the little side-streets. 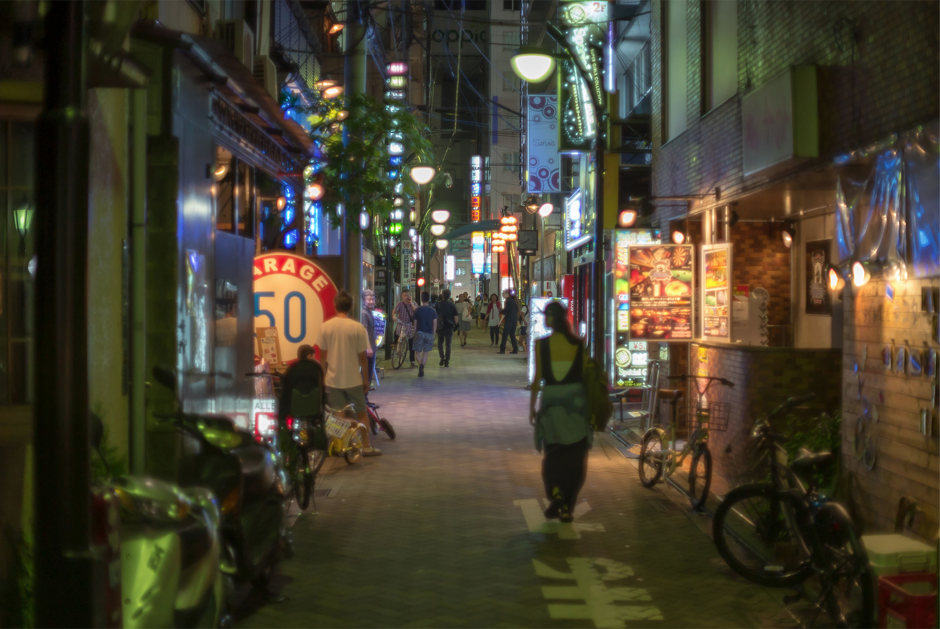 As the lights come on, fashion gives way to music. It almost feels like every basement on the north side of the station is a live venue. From songwriter cafe’s and jazz bars to rock dives and metal pits, Kichijoji has it all. Provided you like your music written and created by the artists and their love for music, on any given night, there is always something to see. 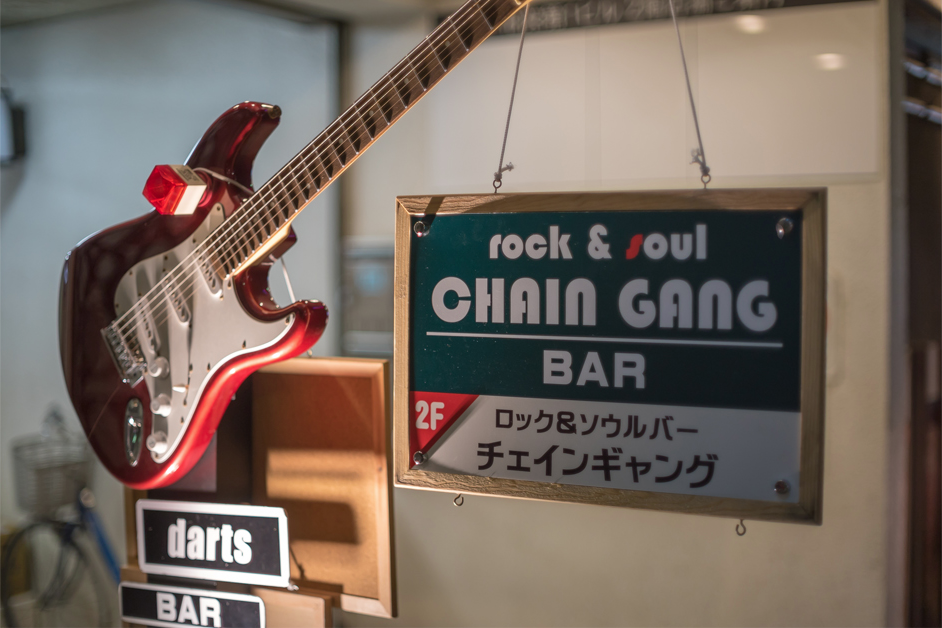 Beyond the shopping streets, commercial gives way to residential. While all the land is effectively used, it’s not packed. Straight, well planned, flat roads and it’s less central location make for very easy living compared to the chicken-battery apartments and maze-like streets in central Tokyo. 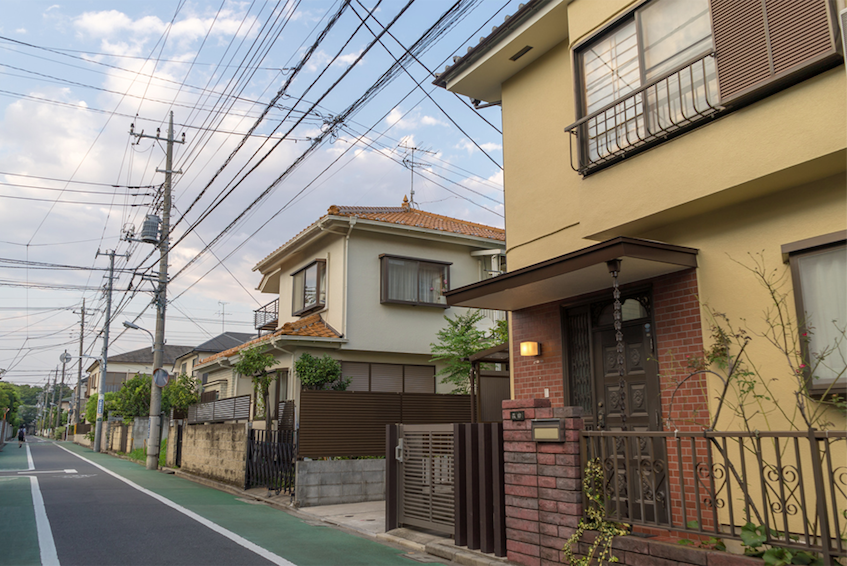 While there aren’t many biking lanes specifically, traffic is calmer which, when paired with the good roads makes biking a great way to get around. There are also local busses to get to some of neighborhoods that are between stations. 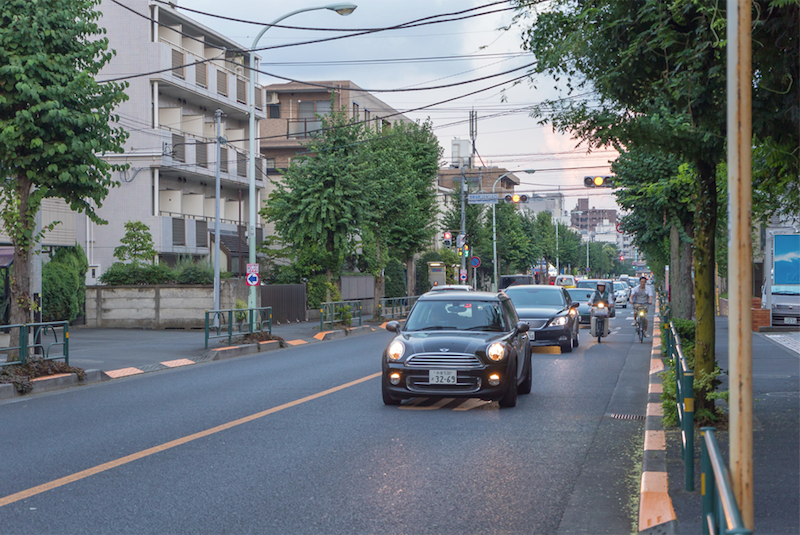 Whether it’s low priced artist studio apartments or higher income single plot houses, the pace of life is the same regardless. The relaxed atmosphere gives the area a very positive cast, which is reflected in the attitudes of the people walking on the streets.

Elementary and Junior high schools are all within walking distance of the areas they service.

Streets are clean, people are generally warmer, and, there is a genuine sense of community and pride, that one expects from rural Japan, not Tokyo. 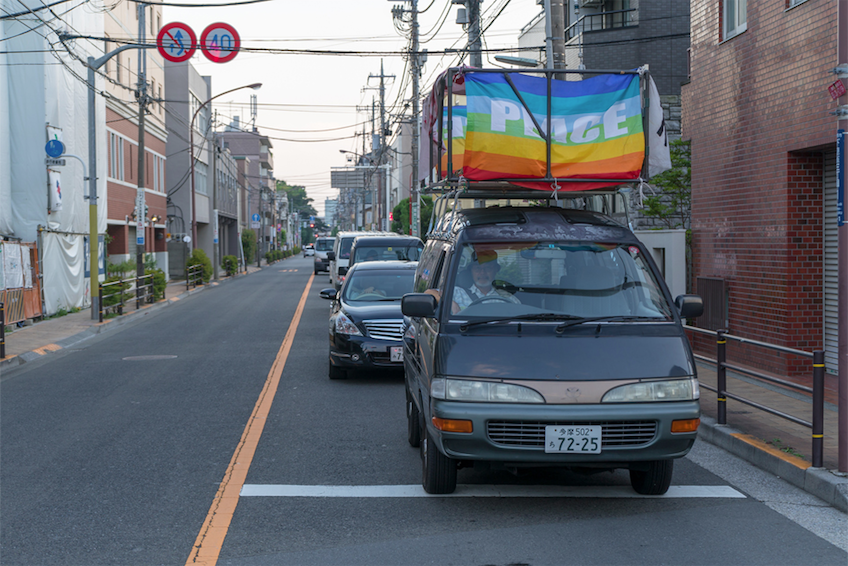 The most famous landmark in the Kichijoi area is perhaps Inokashira Park.

While not large, compared to the likes of Yoyogi and some of the national gardens, the park is spread out around Inokashira Pond which gives it a sense of being much bigger. 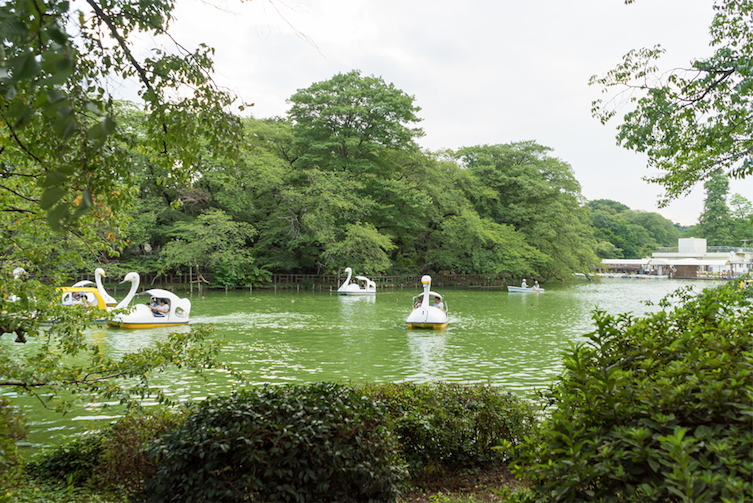 As it was always a public park since it’s opening, over 90 years ago, it feels more like a typical park than many other green spaces in the city. While it’s almost always busy, it never really feels packed, apart from spring, when the Sakura are in bloom.

Families can relax and picnic, couples can take a stroll amongst the groves of trees or take a boat out on the pond.

Artists set up their canvases, magicians make cards disappear and performers strum away the tensions of Tokyo life in the dappled sunlight beneath the trees.

The park also has a small stage which is rented out to people who want to stage small performances, plays or peace rallies. 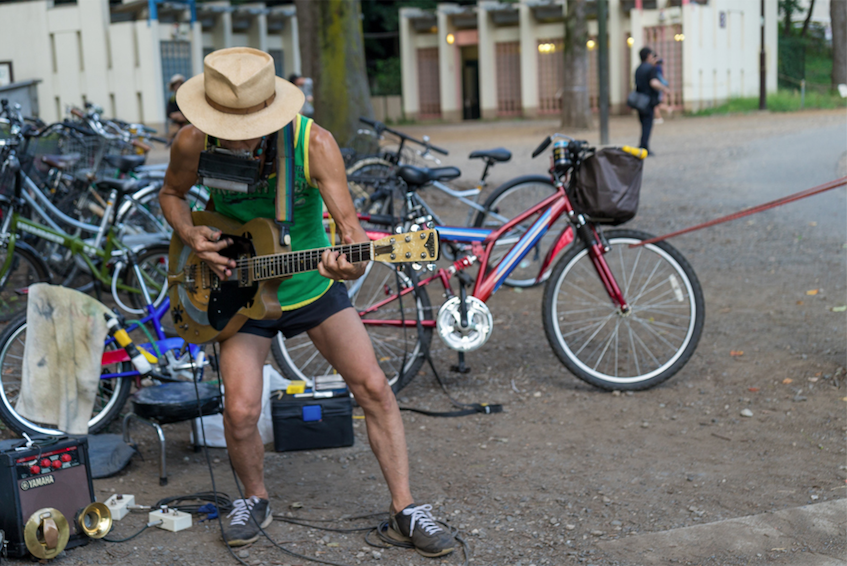 A good place to be

If Tokyo were a family of power-suited siblings, with their MBAs, and law degrees, Kichijoji would be the the one in the tie-dyed shirt, studying fine arts and playing in a band on weekends. It’s one of the few points of calm that balance out the cutting-edge intensity of the city, and it is, straight up, a good place to be. 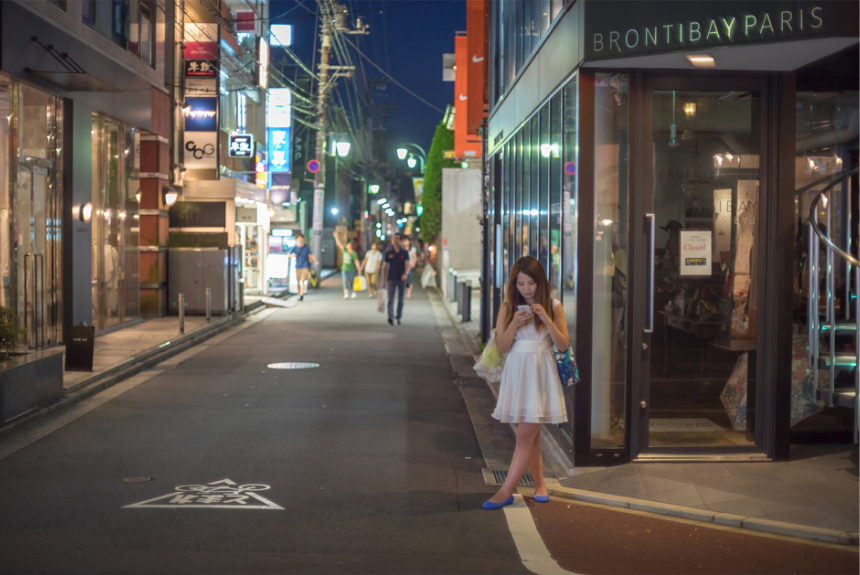 Article and photos by Nayalan Moodley