The charming city of Kyoto has a resident population of 1.5 million and perhaps exactly because of its historic and cultural treasures is the most popular destination for inbound tourists to Japan.

There are many good reasons to choose Kyoto as your home in Japan. A top draw for many resident foreigners is the breathtaking temples, shrines, gardens and other cultural destinations sprinkled throughout a relatively slow-paced but thoroughly modern city. Osaka Station is about thirty minutes by express train from Kyoto Station. Tokyo is also just two and half hours away by shinkansen.

This is not to mention the food (Kyoto is known for its tofu, kaiseki ryouri, and Buddhist vegetarian offerings) and proximity to spectacular natural areas, such as Arashiyama, located on the western outskirts of the city. Kyoto, of course, also offers urban delights. Shopping, dining, and entertainment are concentrated around Shijo-Kawaramachi. The covered shopping arcades will give you some relief from the summer heat and rainy season humidity but you will still have to jostle with the crowds.

If you live in the “city of 10,000 shrines” one thing to know is that certain areas of the city will be deluged with tourists during the cherry blossom season and around the major festivals (the Aoi, Gion, and Jidai Festivals in May, July and October, respectively) and that year-round, tens of millions of people visit the city. In 2015, a record 56.84 million tourists visited Kyoto. This means that even during non-festival times, the public transportation system (especially city buses) can be packed to a degree that doesn’t seem commensurate with the actual resident population.

Apartments For Rent in Kyoto 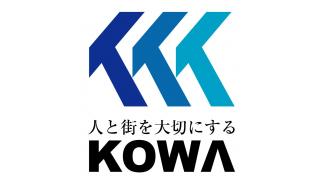 KOWA CO., LTD. is a real estate leasing company with over 67 years of history in Kyoto, Japan. We provide quality furnished apartments for low initial cost. (No Key Money, No Agency Fee, No Guarantee Company Fee and No Guarantor Person)

Our motto is to be helpful as a professional and provide our customers with a quick response. For more information, please feel free to contact us!!

Orientation and a Little History

Here are a few things to help you get oriented.

Because of this history, even now one way that many residents view the geography of the city is in terms of one’s location in relation to the Kyoto Imperial Palace. Kyoto has eleven wards (the Imperial Palace is in Kamigyo Ward).

Using the concept of “Rakuchu Rakugai” (“within the castle”, “without (“outside” the castle) the city is sometimes conceptually divided as follows:

A friend of ours who lives in Kyoto recommends Gojo Station (on the subway Karasuma Line) if you are looking to live in one of the central wards. Gojo Station is just one stop away from Shijo Station (which is considered by many locals to be the actual center of Kyoto and not the Imperial Palace!), but is not as expensive as living near Shijo Station itself. Average rent for a studio apartment near Gojo Station is about ¥59,000. Gojo is also located almost exactly between Kyoto Station and Karasuma Oike Station, which makes it extremely convenient for easily getting to both Osaka and transferring to Kyoto’s only other subway line, the Tozai line.

Raku Hoku: (“North of the castle”) Kita Ward, Sakyo Ward, and the part of  Ukyo Ward including what used to be Keihoku-cho

Raku Hoku, the northern wards of Kyoto, are rich in nature, as well as being home to some of Kyoto’s most iconic temples (notably Kinkaku-ji on the southern edge of the ward) and shrines. The northern part of Kita-ku (North Ward) is mountainous and not easily accessible by subway, but you can get around well using the extensive city bus system.

Sakyo-ku, in the northeastern corner of the city, is home to some of the city’s most iconic landmarks as well as beautifully landscaped walks. Ginkaku-ji (the “Silver Pavilion”) marks the northern end and the Philosopher’s Walk marks the southern end of the ward. This area of Kyoto is rich in ancient history and dining and shopping here are more of the traditional kind. Live here if you enjoy discovering a hidden tea shop or quaint noodle shop on your weekend walkabouts.

A friend of ours who lives in Sakyo Ward, highly recommends Ichijoji Station, on the Eizan line, if you are a single person or student looking to live in northern Kyoto.This station is convenient for students commuting to the Kyoto Institute of Technology and Kyoto University of Art and Design.

There are many inexpensive eateries and ramen shops on the west-side of the station, as well as a small supermarket. On the east side, go to the Hankyu Oasis (阪急オアシス白川通店) to buy fancier food items, and south to Izumiya Takano (イズミヤ高野店) for daily necessities and sundries. On Real Estate Japan, we do not currently have listings near Ichijoji Station, but we do offer a number of apartments near Chayama Station, which is just one stop south of Ichijoji. Near Chayama Station, you can rent a studio apartment for about ¥50,000 a month.

Raku Sei: (“West of the castle”) Ukyo Ward excluding what used to be Keihoku-cho, Nishikyo Ward

The most well-known areas of western Kyoto are Sagano (famed for its bamboo grove, pictured above)and Arashiyama. This part of Kyoto is renowned for the harmony of the cityscape against the backdrop of Arashiyama (“Storm Mountain) and the Oi River and its historic shrines and temples.

Our Kyoto friend recommends Hankyu Saiin on the Hankyu Kyoto Main line if you want to live in western Kyoto. This is an extremely convenient station for commuting to both central Kyoto and Osaka, as the Hankyu Kyoto Main departs from Osaka’s Umeda Station and terminates at Kyoto’s Kawaramachi Station. Saiin is the fourth to last station before reaching Kawaramachi station. It is also the nearest station to the Kyoto University of Foreign Studies. On Real Estate Japan, we currently offer a number of spacious one- and two-bedroom (2DK to 3DK) apartments for rent near Saiin Station, from about the ¥85,000 a month range. The average rent for studio apartments near Saiin Station is about ¥45,000 a month.

Higashiyama (literally “East Mountain”) Ward is best known for the district by the same name, which is located on the lower slopes of the eastern mountains and is one of the city’s best preserved historic districts. The streets in Higashiyama are lined with small shops, cafes and restaurants which have been catering to tourists for hundreds of years.

Yamashina Ward, in southeastern Kyoto, used to be a farming village located between Kyoto and Shiga prefecture, but Yamashina has now mainly known as a residential area for people commuting to central Kyoto and Osaka, because of its convenient location. Historically, Yamashina was an important point for traffic connecting Kyoto and eastern Japan via the Tokaido (Road).

Our Kyoto friends recommend Yamashina Station if you want to live in southeastern Kyoto. Yamashina Station is a stop on three different lines: JR West, the subway Tozai line, and Keihan Keishin line. It is also only one stop from Kyoto Station! On Real Estate Japan, we currently have a number of listings near Yamashina Station, including studio apartments from around ¥45,000 a month, making this station both convenient and budget-friendly.

Southern Kyoto is blessed with abundant natural areas near the Horikawa River (whose underwater springs supply the water for Fushimi’s famous sake), as well as affordable residential neighborhoods and easy train connections to Osaka. Live in this part of Kyoto if you want to keep one foot in the city and the other in Osaka!

Our Kyoto friend recommends Fujinomori Station on the Keihan Main line if you are thinking about living in southern Kyoto. This is the perfect station to go directly to central Kyoto (Sanjo Station is seven stops away) or central Osaka. It is also an easy transfer to get to Kyoto Station. Shopping is convenient here, as there is a large supermarket マックスバリュー (Max Value) directly in the front of the station, as well as a number of smaller shops on Shimaibashi-Dori. A locally famous restaurant is the hand-made udon shop Honkaku-Teuchi-Udon Taiga (本格手打うどん 大河). Two stops away from Fujimori is Fushimi Inari station, which tends to be chock full of tourists flocking to see Fushimi Inari shrine.

And there you have it! This is but a brief guide to the main areas of Kyoto. To which beautiful part of the city will your road lead?

*These are just examples of universities in the area.

Apartments for rent near Kyoto Station:

Apartments For Rent in Kyoto