Minato Ward is the center of international living in Tokyo. The high concentration of foreign company headquarters and embassies, plentiful western-style housing options, international schools, and many services and businesses geared to Westerners make it the go-to choice for most expat professionals and their families.

Minato Ward is the center of international living in Tokyo. The high concentration of foreign company headquarters and embassies, plentiful western-style housing options, international schools, and many services and businesses geared to Westerners make it the go-to choice for most expat professionals and their families.

Click on the links below to visit the in-depth neighborhood guide.

Who lives in Minato Ward?

Geographically, Minato lies at the center of the city, facing the man-made islands of Tokyo Bay. The word “minato” means “harbor” in Japanese, with the eastern border of Minato touching Tokyo Bay and connecting to Koto Ward via the Rainbow Bridge. Minato occupies a central position in Tokyo and is surrounded by six other wards: Chiyoda, Chuo, Koto, Shinagawa, Shibuya, and Shinjuku, making it the city’s literal hub.

Many of the capital’s most iconic landmarks, such as Tokyo Tower, and major business districts are located here, including Toranomon, Shimbashi, and Shiba.

However, Minato is not just an urban jungle. There are pockets of green space throughout the city, which lend a relaxed atmosphere to the nearby residential neighborhoods. These include the Institute of Nature Study, Aoyama Cemetery, Shiba Park.

Apartments for Rent in Minato Ward

Properties for Sale in Minato Ward

The charming city of Kyoto has a resident population of 1.5 million and perhaps exactly because of its historic and cultural treasures is the most popular destination for inbound tourists to Japan. 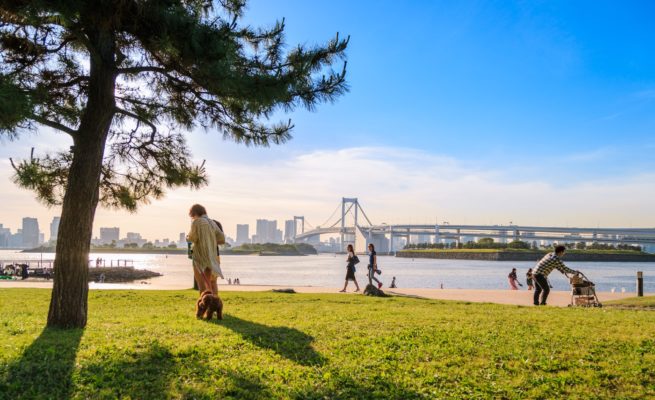 The Tokyo Bay Area offers great views of Tokyo across the waters of the bay. Luxury apartments in the area are an attractive option for families looking for clean, family-friendly neighborhoods, while nearby shopping centers add convenience and livability to the area.

Yokohama City is located in Kanagawa Prefecture, to the south of Tokyo. Yokohama Station is just 25 minutes from Tokyo Station, making it fairly easy to get between the two cities. The unique blend of commercial and entertainment developments along… More 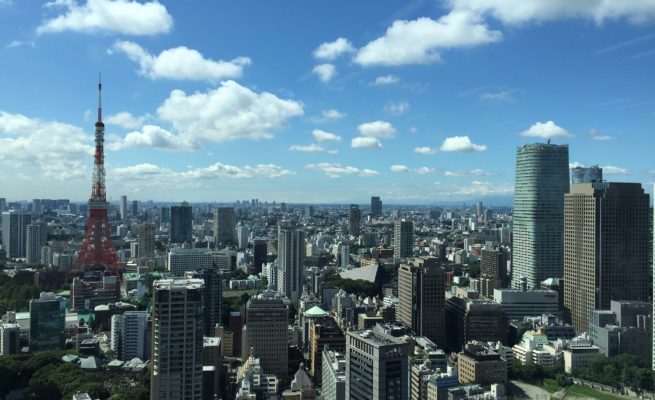 Where should you live in Tokyo? Read our guides to Tokyo residential neighborhoods and find the right one for you!

Iidabashi is an upscale commercial and residential neighborhood located in Chiyoda Ward, just north of the Imperial Palace. It is a major station served by five train and subway lines, but its residential neighborhoods are pleasant and relaxed. Iidabashi’s location near the sakura tree-lined Kanda River walking path and nearby Koishikawa Korakuen Gardens give the area a classy, tranquil atmosphere.

Located just north of Tokyo’s central wards, Bunkyo Ward is literally the capital of literature and learning in Tokyo and home to many universities. Its residential neighborhoods are off-the-radar, relaxed, and very convenient for getting to downtown business districts. These include Otsuka, Hakusan, Hongo, Kasuga, and Nezu.

Kita Ward is literally “North Ward,” located on Tokyo’s northern border with Saitama prefecture. Major residential neighborhoods in Kita, like Jujo, Akabane, and Oji are very convenient residential and transport hubs. Its many green spaces and lower than average cost-of-living make it quite family friendly. Overall Kita is known for being working class and traditional, but the opening of the Lycée français international de Tokyo (French international school) in Takinogawa has raised the international profile of Kita.

Denenchofu, located in Ota Ward, is known as Tokyo’s “garden suburb” for its beautiful tree-lined streets, modeled on those of London. The architecture of Denenchofu is also unique in Tokyo because many of the single-family homes built here were inspired by neoclassical Western architecture. It has a reputation for being an enclave for the well-to-do, politicians, and celebrities of Japan, but its sophisticated and calm atmosphere also make it attractive for foreign residents who want these qualities in a residential neighborhood.

Aoyama is a popular entertainment and nightlife district in downtown Tokyo. It’s home to a wide variety of shopping, dining, and high-end fashion. This trendy neighborhood is a popular place for fashion-forward individuals to explore, especially the many cafes packed into this area. Being so close to other stylish areas like Omotesando and Harajuku makes this a very popular area to live, while also being quite livable.