Nagoya is situated about midway between Tokyo and Osaka. Many foreigners who have lived in both Tokyo and Nagoya will tell you that Nagoya offers everything Tokyo does, only on a much more liveable, convenient, and affordable scale.

Located on the Pacific coast of Japan’s main island, Nagoya is situated about midway between Tokyo and Osaka. It has a population of 2.3 million people, making it the fourth largest metropolitan region in Japan, and is home to a decent-sized foreigner population.

Many foreigners who have lived in both Tokyo and Nagoya will tell you that Nagoya offers everything Tokyo does, only on a much more liveable, convenient, and affordable scale.

The city has an international airport (Chubu Centrair International Airport) that is easily accessible from the city center and is well-connected to the rest of the country.

Nagoya is also the largest port by international trade value in Japan. For many people Nagoya is also synonymous with automobile manufacturing. Toyota Motor Corporation has its headquarters here and exports its vehicles via Nagoya Port.

Here is a short guide to some of Nagoya’s central neighborhoods.

Sakae Station, in the northwest of the city, is an interchange station between the Higashiyama line, which roughly runs east-west through the city, and the Meijo line, which loops through most of the city’s main stations (except for Nagoya Station).

As a transport hub and with its mix of high street department stores, trendy shops, and upscale boutiques, as well as many dining and entertainment options, Sakae is comparable to Shinjuku in terms of desirability as a residential neighborhood: you will be in the center of the action, but this may not necessarily be what you want when you come home!

Apartments for Rent in Sakae

Housing options in Sakae tend to be more limited, more expensive, and a little less spacious, though by Tokyo standards, the average rent levels are relatively inexpensive.

According to HOME’S, the average monthly rent for an apartment near Sakae (as of ) is:

You can find Sakae apartments, from budget to high-end, here:

The area around Nagoya Station is known as Meieki. It is a high-density area with many office buildings, restaurants and shopping destinations, including the Takashimaya department store and Tokyu Hands.

Nagoya Station is also a stop on the JR Tokaido shinkansen (bullet train). The Nozomi trains will take you to Tokyo in about one hour and forty minutes.

With the planned construction of the Linear Chou Shinkansen (magnetic levitation) bullet train, travel time between Tokyo and Nagoya will be cut to just 40 minutes, and between the capital and Osaka to 67 minutes. The first leg of the mag-lev line is already under construction and is expected to start running in 2027.

The Nagoya Station area has experienced a lot of development in recent years (and property prices have appreciated) as developers build up the area in anticipation of an increase in business and leisure travel from Tokyo and Osaka.

Apartments for Rent Near Nagoya Station

The average monthly rent for an apartment near Nagoya Station (as of September 2016) is:

Fushimi is located between Nagoya Station and Sakae in Nagoya’s Naka (Central) Ward.

It has been described by locals as Nagoya’s equivalent of Tokyo, so it is where you will find night clubs and an abundance of western-style restaurants and bars. A landmark in the area is the Hilton Hotel.

The Higashiyama and Tsurumi subway lines cross at Fushimi Station, so it is convenient for people commuting to Toyota. It is also just one stop from Nagoya Station.

Apartments for Rent Near Fushimi

The average monthly rent for an apartment near Fushimi Station (as of September 2016) is:

After Nagoya Station, Kanayama Station to the south in Nakagawa Ward is Nagoya’s most important rail hub and a main station for the Centrair express train connecting to Chubu International Airport.

The area surrounding Kanayama Station has a small entertainment area with karaoke clubs, bars and restaurants including a branch of the British-style pub chain Oxo.

Apartments For Rent Near Kanayama Station

The average monthly rent for an apartment near Kanayama Station (as of September 2016) is: 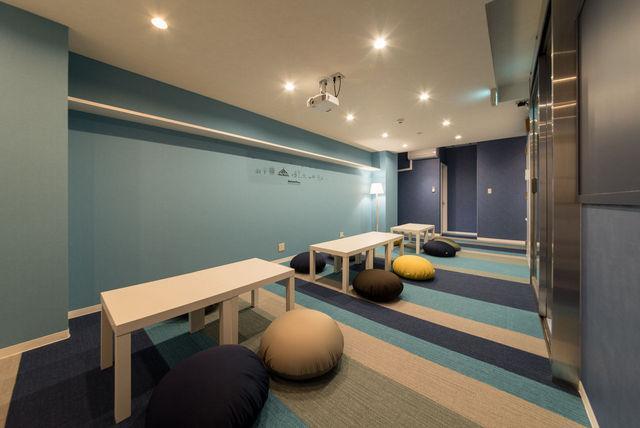 An inexpensive option if you are planning a short-term stay in Nagoya is this brand new (2016) shared guest house, just a 10-minute walk from Kanayama Station. Rent is ¥43,000 ($416) a month, no key money, no deposit, no agency fee. Please click on the photo for details!