Okubo is a neighborhood just north of Shinjuku Station in Tokyo. It provides residents with very quick direct access to Shinjuku, while also being just far enough away from the excitement of downtown. This balance between convenience and residential livability is a great feature of the neighborhood. In addition, for those who enjoy authentic ethnic cuisine, the international population in Okubo own and operate different restaurants and shops in the area. It's a unique, charming neighborhood for those seeking something close to Shinjuku!

Located within Shinjuku Ward, the neighborhood of Okubo is just north of the sprawling city center of Shinjuku Station. Moving north from Okubo you’ll encounter Takadanobaba, the lively commuter/student hub. East of Okubo itself is Shin-Okubo, the current Koreatown hotspot in Tokyo. And heading west from Okubo will bring you to more residential neighborhoods between Nakano and Shinjuku.

With this geographical positioning in mind, Okubo occupies a part of Shinjuku Ward where the flashy lights of the city fade away and the streets give way to more residential, calmer living environment.

Apartments For Rent in Okubo

With only one platform at this station, navigating it is very straightforward.

By name, Shinjuku Ward is one of the most recognizable areas in Tokyo. If you’re looking for a neighborhood that is within this ward, but not quite smack-dab in the middle of downtown Shinjuku, then Okubo could be a spot to hone in on your apartment search. The combined convenience of the Chuo Line at Okubo Station and Yamanote Line at Shin-Okubo Station is a handy time-saver for those living in the city.

This neighborhood might be most well-known for being part of the Koreatown in Shinjuku. It’s true that there is a higher population of both Japanese nationals of Korean heritage and foreign nationals residing in the Okubo neighborhood. Combined with the variety of stores selling imported cosmetics and fashion brands, sometimes you might even forget you’re in Tokyo depending on which streets you end up in around Okubo. It’s also likely that you’ll come across lines of trend-setting youth waiting to try the latest fad cafe or fast-food gaining popularity on social media.

The more residential areas of the neighborhood are quieter and provide some distance from the lights and buzz of Shinjuku. In a nutshell, the Okubo neighborhood offers a lot of transportation convenience close to Shinjuku. And if you’re looking for something like this, you also might be interested in neighborhoods like Ochiai, Higashi-Nakano, and Hatsudai. These are all neighborhoods around 1-2 stations away from Shinjuku that have a little less through-traffic.

Okubo is often overshadowed by the popularity of it’s sibling station, Shin-Okubo. Shin-Okubo’s location on the Yamanote Line and it’s diverse, international neighborhood makeup give it a youthful and lively atmosphere. These two sides of northern Shinjuku give us a look into the many faces to Tokyo. On one hand, the glitz and glamor of Shin-Okubo shows off the pop-culture and modern side of Tokyo; which is contrasted by the more laid-back, down-to-earth atmosphere in Okubo.

For example, around Okubo Station you can find restaurants with that unmistakeable old-school Tokyo charm, such as Pasta House.

And especially around the South Exit of the station, there is a concentration of friendly, welcoming ramen shops! Walking through the streets here you might come across Noseya where the head chef whips up a mean no-broth style ramen!

Okubo itself doesn’t rank highly in terms of culinary experiences within Tokyo – but from here you’ll be able to quickly make your way to Shinjuku and the endless selection of restaurants in downtown!

Apartments for rent near Okubo Station:

Okubo is a neighborhood where you can experience a few different types of Tokyo’s environments: the trendy downtown Shinjuku buzz, the international Koreatown in Shin-Okubo, and the slightly more reserved and calmer Okubo area itself. For those looking to cut down commute times to Shinjuku, there’s a handful of stations including Okubo that give you quick, direct access to the major downtown hub, and each will have its own unique atmosphere/price range. For example, the monthly rent for a 1R studio apartment around Okubo Station can be as low as ¥50,000!

Apartments For Rent in Okubo 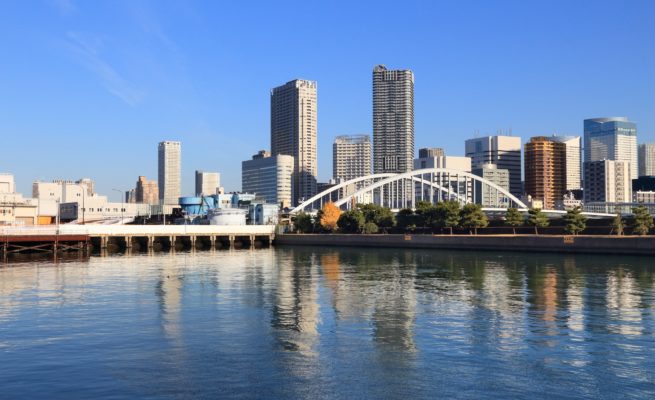