Sakai's proximity to Osaka but relatively inexpensive real estate makes it ideal for families looking for more space or for those looking for somewhere peaceful that’s not too far from the beaten track.

As one of Japan’s largest port cities, Sakai has a deep and important history that harkens back to medieval times. Once one of the major industrial centers of Japan, Sakai was famous for its Samurai swords and remains the manufacturing center for the country’s highest-quality knives.

Sakai is also one of the largest cities in Japan with a population of about 850,000.

There are many ways to access Sakai, but most of the stations are in the north and central-west of the city.

The southern part of the city doesn’t have as many rail options, so you’ll need a car. However, it’s full of huge parks like Kamotani Park and Harvest Hill, and golf courses like Sakai Country Club.

One of the easiest ways to access Sakai is via the Midosuji Line (which stops at major Osaka hubs Namba and Umeda), the last three stops of which are in Sakai: Kitahanada, Shinkanaoka, and Nakamozu, all located in the north of the city.

The JR Hanwa Line, a major line that runs from Tennoji to Wakayama, covers a good portion of the city, from Asaka in the north to central-west Otori Station.

The Nankai Koya Line, which stretches all the way from Namba to Koya in Wakayama, makes many stops in Sakai along the way, including major hubs like Sakaihigashi, Mikunigaoka, and  Nakamozu, before crossing through the east part of the city. 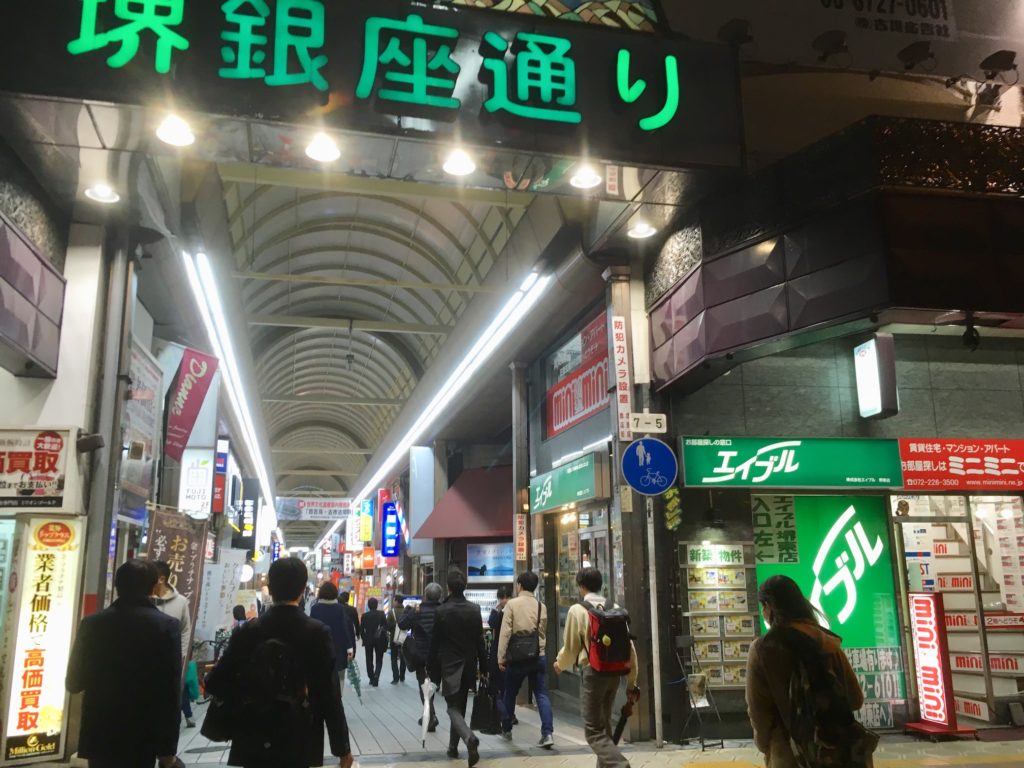 The Nankai Main Line, which starts in Namba and ends at the airport, stops in Sakai along the way, including at Sakai Station.

The Vibe and What’s Nearby

A 20-minute train ride from Osaka’s huge hub Tennoji but less than 40 minutes from KIX, Sakai is ideal for families who are looking for a more relaxed, suburban lifestyle but don’t want to stray too far from urban life. Of course, one doesn’t have to go to Osaka in search of city life–Sakai is one of the largest cities in Kansai and has its own excitement to offer.

Livability & Where to Live

The northwestern area, Sakai-ku (Sakai Ward), is best for foreigners for many reasons.

It’s close to Osaka, so ideal for those who are commuting or wish to visit the larger city often.

It also has has the largest number of foreign-friendly apartments available in the city, as well as a large town hall well-equipped to deal with foreigners. It features lively annual festivals and multiple kid-friendly parks, particularly Daisen Park, 35 acres of trees, ponds, playgrounds, and a good amount of history.

For families looking for a one-stop shop that will fulfill all their shopping needs, look no further than the new Aeon Shopping Mall in Teppocho, an area in the north of Sakai-ku, a 10-minute drive from Sakaihigashi Station.

Sakai-ku also has the best nightlife in Sakai, most notably the areas around Sakaihigashi and Mikunigaoka stations.

The area around Sakaihigashi is filled to the brim with restaurants and bars, perfect for singles and couples looking for a night out. The area around Mikunigaoka station has more of a local vibe as well as some trendier options.

For families, Mikunigaoka is a good option for housing, particularly Keyaki-dori, a nicer area than most in the city. As such, the public elementary school is one of the best in the area.

The area to the west of Sakai-ku, Kita-ku, is also great for families, particularly the area around Nakamozu Station, a mix of residential and commercial areas that has a lot of newer apartments. 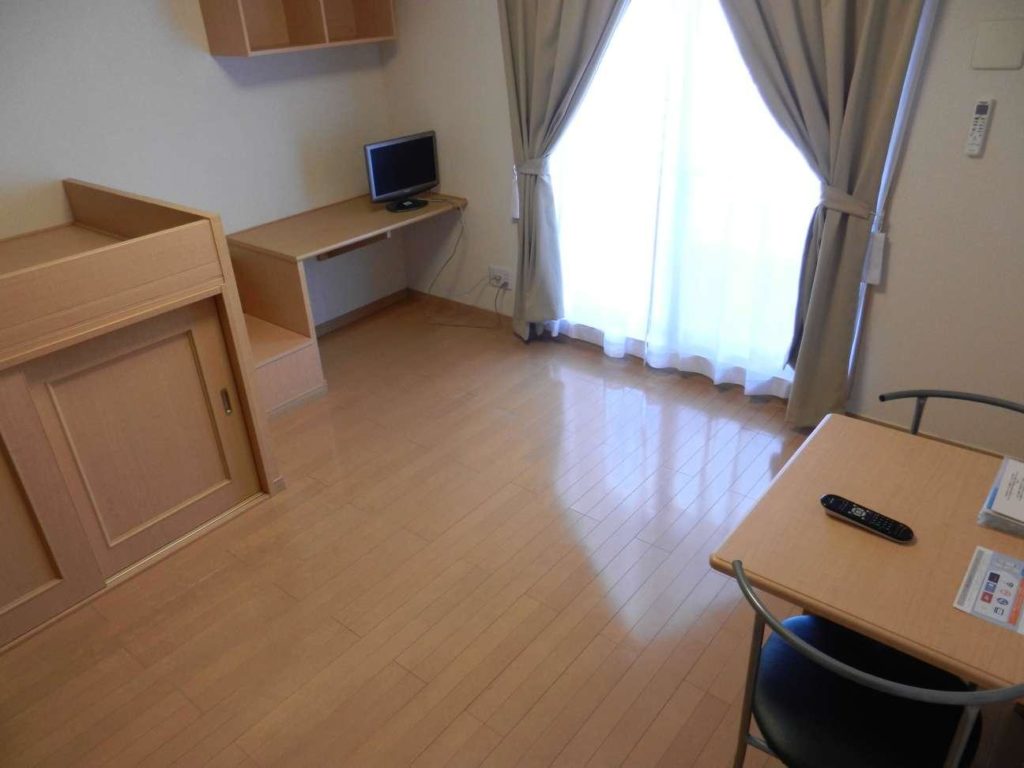 A furnished studio apartment for rent near Nakamozu Station on the Nankai Koya line.

For non-Japanese families looking for an English-friendly kindergarten, well-known international school Kinder Kids, located near both Mikunigaoka and Shinkanaoka stations in Kita-ku, offers an English-immersion program for kids ages 1-6.

For fun for the whole family, visit Harvest Hill in south Sakai, which features a petting zoo and gardens, as well as a theme park with rides and a small water park open in the summer. It also has some unusual recreation options, like mini-golf and go-karting.

Landmarks and Places of Interest

One of Sakai’s grandest offerings are the imperial tombs in the shape of key holes–kofun in Japanese–that date back to the 5th century. These are scattered around the city, mostly concentrated in Sakai-ku around Daisen Park, not far from Mikunigaoka Station.

Daisen Kofun, the largest of the kofun burial mounds is locatec in Sakai. Photo: Wikimedia

The largest burial mound is Daisen Kofun, said to be the grave of Emperor Nintoku, who is believed to have reigned in the 4th century. Impressively, it is the largest grave in the world by area — large enough to be viewed from space! 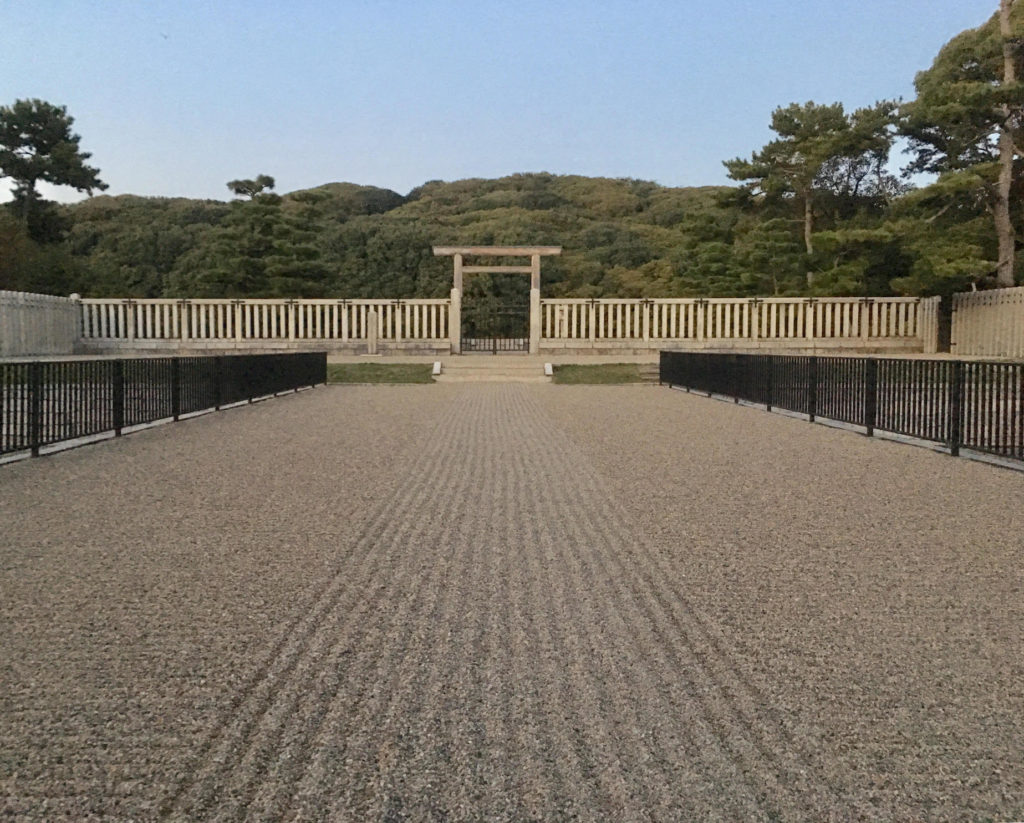 You can walk around the parks that surround the tombs, but you can’t get too close, as the actual mounds are protected by fences and the moats. Thus, they are most stunning when viewed from above, at the nearby Sakai City Hall Observatory (open M-F 9AM-9PM, SS 10AM-9PM; no fee).

Across from Nintoku’s tomb is the Sakai City Museum, which contains information on the history of Sakai from ancient times to present day. It features artifacts excavated from the tombs and historical documents and art from throughout Sakai’s history.

Not far from Daisen Park (and a 15 minute walk from Sakai Station) is Ohama Park, which features the Sakai Lighthouse, supposedly Japan’s oldest wooden lighthouse. Built in 1877, it stands at the old port of Sakai, once a hub for international trade during the Meiji Era, when Japan opened its borders to foreign trade. It remains a symbol of Sakai, still one of Japan’s great industrial cities.

You may also be interested in: Osaka Housing Guide for Foreigners and Kyobashi Osaka Area Guide