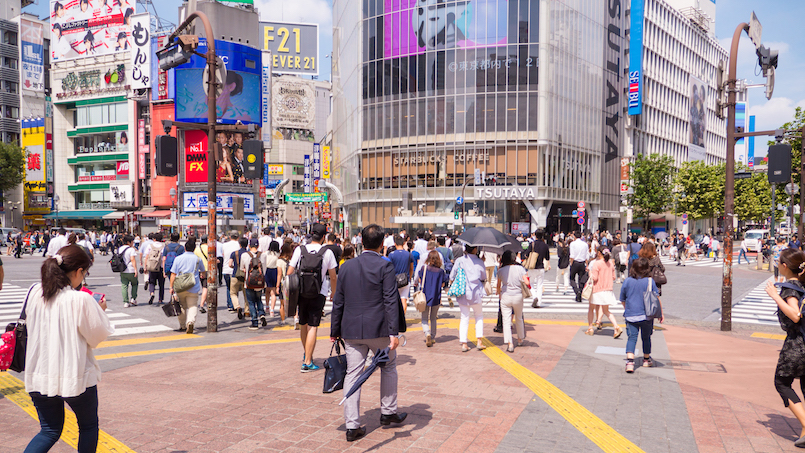 Shibuya is everything to everyone. Every little neighborhood around the station has its own vibe. It runs the gamut from low cost single-room micro-apartments to massive, luxurious seven-bedroom manors. Street food to Michelin-starred gourmet dining. Back alley smoking areas to young, fashionable vape cafes. Mass market department stores to one-of-a-kind designer boutiques. It’s every aspect of Tokyo life distilled into one location.

Shibuya Ward is a sizable chunk of central Tokyo spanning from the edges of Shinjuku, through Yoyogi park and Harajuku through fashionable Daikanyama and down south to upmarket Ebisu. But even within the ward, the area around Shibuya Station, for which the ward was named, is a distillation of everything the ward, and for that matter, the greater Tokyo metropolis has to offer.

Shibuya is the primary southern hub for Tokyo’s subway lines. The Tokyo Metro Ginza Line (Tokyo’s oldest subway line) terminates in Shibuya, and the Fukutoshin and Hanzomon metro lines merge with Tokyu-operated Toyoko and Den-en-toshi lines. The Tokyu lines run through Meguro and Setagaya Wards and on to Kawasaki and Yokohama. 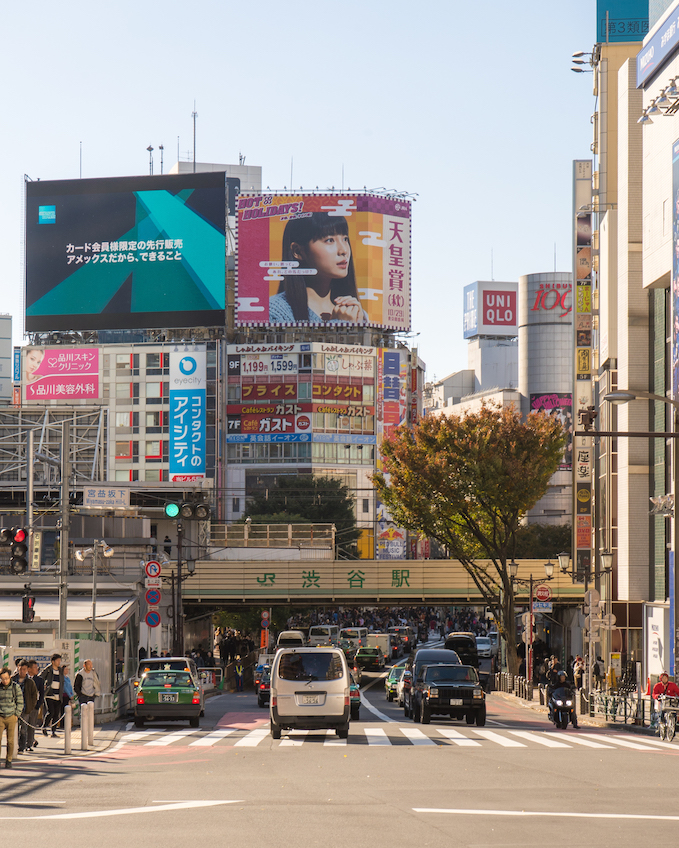 Shibuya is on the JR Yamanote Line. Photo: Nayalan Moodley

JR Shibuya Station is on the Yamanote loop line and has direct access to Narita Airport via the Narita Express. It is also three stops away from Shinjuku which is a surface rail hub that can connect to lines heading across both the city and the entire Kanto region. Shinkansen access is via Shinagawa or Tokyo. The Shonan Shinjuku line that heads all the way from Odawara in Kanagawa to Takasaki and Utsunomiya (in Gunma and Tochigi, respectively) passes through Shibuya as does the Saikyo line which runs from Saitama through to Osaki Station in Shinagawa.

Shibuya is also the southern terminus for the Keio Inokashira line which services the western suburbs up to Kichijoji.

Shibuya proper is arranged like a wagon wheel with the station as its hub.

Toward the north is Jinnan which ends at the Yoyogi national stadium. The northeast is the Shibuya neighborhood which connects to Harajuku. In the east is Shibuya Ni-chome which is dominated by the Hikarie building and continues up to the Aoyama Women’s University. Toward the the Southeast, Shibuya San-chome’s quiet residential joins up with Ebisu and Hiroo. In the south, Uguisudanicho joins Daikanyama and then Meguro. In the west is the Dogenzaka entertainment district which meets Setagaya Ward. In the northwest are the restaurants and shops of Udagawacho which becomes quiet, affluent Kamiyamacho neighborhood and the more bohemian Tomigaya.

Because of its central location, one finds that all commercial and entertainment establishments tend to be clustered around the station and along the main roads. Just off the main roads, however, is almost completely residential. 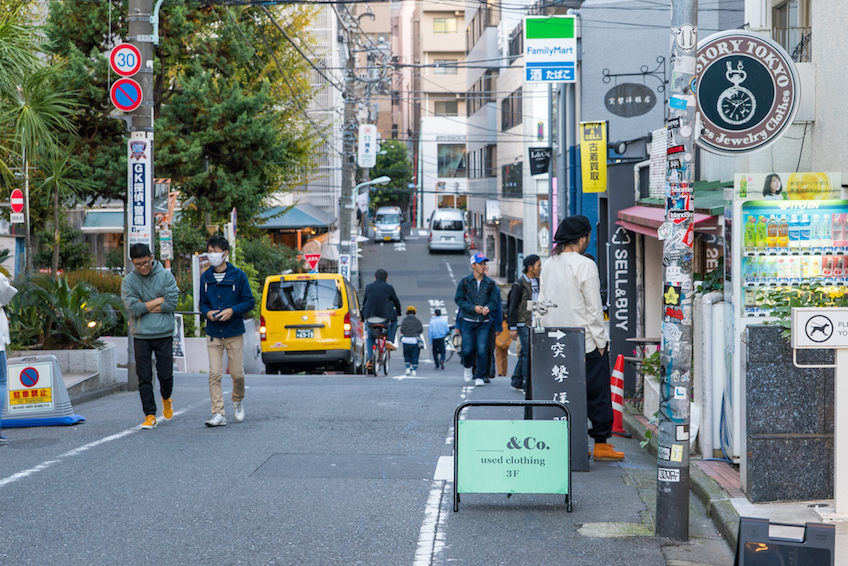 The result of which is that if you follow the main roads, Shibuya is a bustling rat-race, but cut across these main arteries and the shift is almost bipolar: quiet, peaceful residential areas, family homes, and even local mom & pop stores.

Main Landmarks and Places of Interest

Exit Shibuya station through the Hachiko gate and you’ll find the statue of the famous dog. Just behind that is the the world’s busiest pedestrian intersection, the scramble crossing, surrounded by Shibuya’s iconic massive electronic signage displays. Grab a latte at the Starbucks or an organic tea at the L’occitane cafe overlooking the intersection. 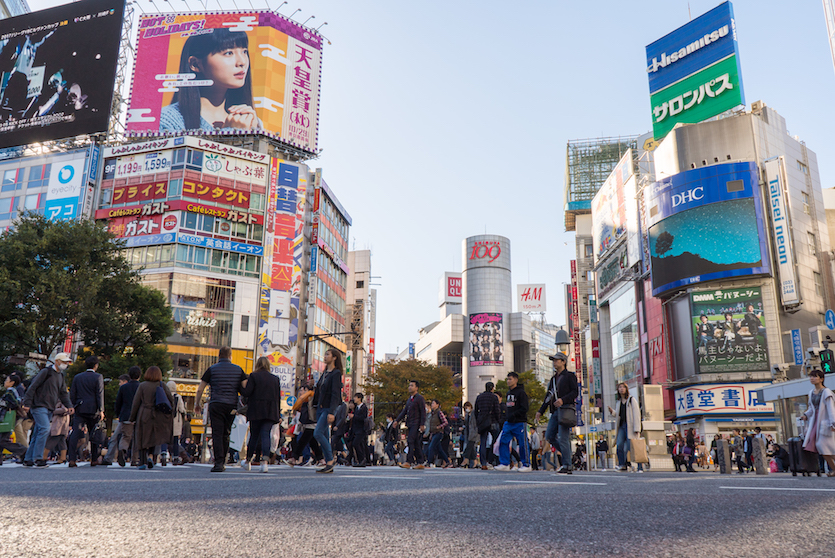 Head on up Dogenzaka to do some shopping at Shibuya 109, before partying at a one of the many famous nightclubs in the area.  Alternatively, head through the Center Gai basketball street to grab a quick kebab before hitting up the department stores, or go over to Bunkamura to catch a jazz concert. Head the other way and catch your favorite contemporary musicians signing their latest single at the Tower Records music store.

On the other side of the station there is the Hikarie building with it’s shopping, fine dining, gallery and theatre. Or head across the massive pedestrian bridge that crosses Roppongi-dori and take in the tranquility of the Konno Hachiman-gu shrine. There are probably as many iconic landmarks in Shibuya than there articles about them.

Livability for a Family

Surprisingly, Shibuya is a great location for families. While the crazy bustle of the central station area may seem at odds with quiet, safe family life, walk seven to ten minutes in any direction and turn off the main road and you’ll find yourself in a completely different world. 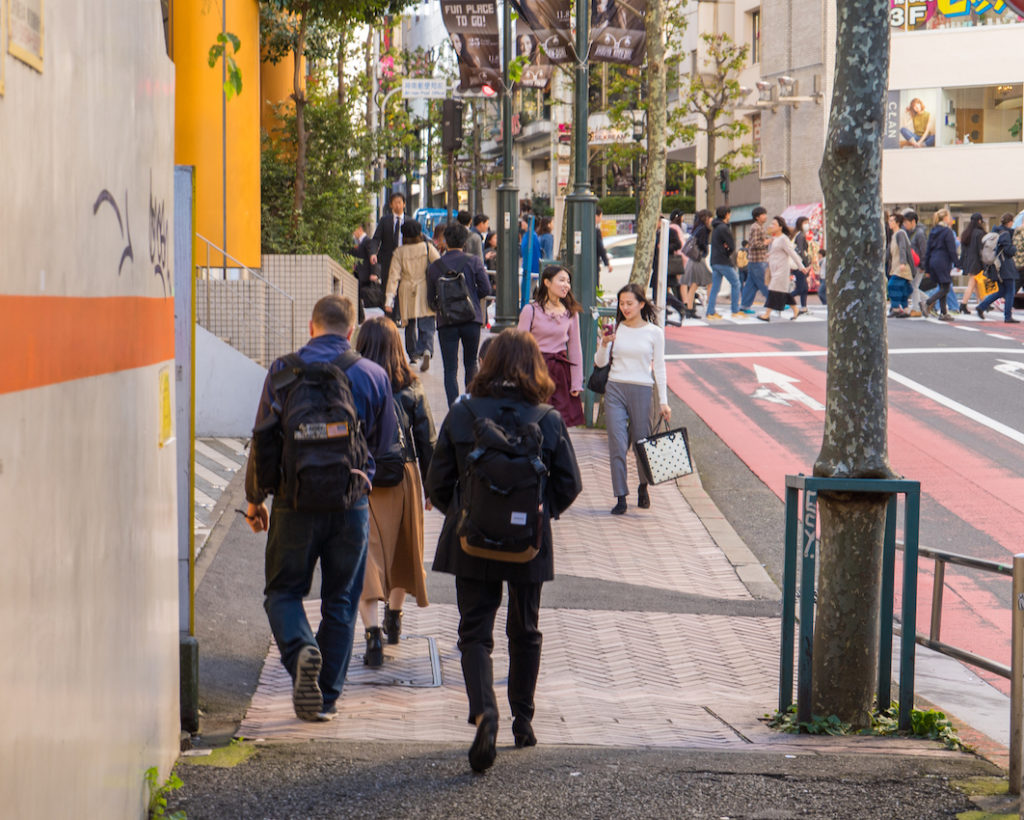 Supermarkets are small but they are conveniently located near public transport. There is also a larger selection of imported foods and snacks, not just in specialist stores but even in the residential supermarkets and convenience stores. 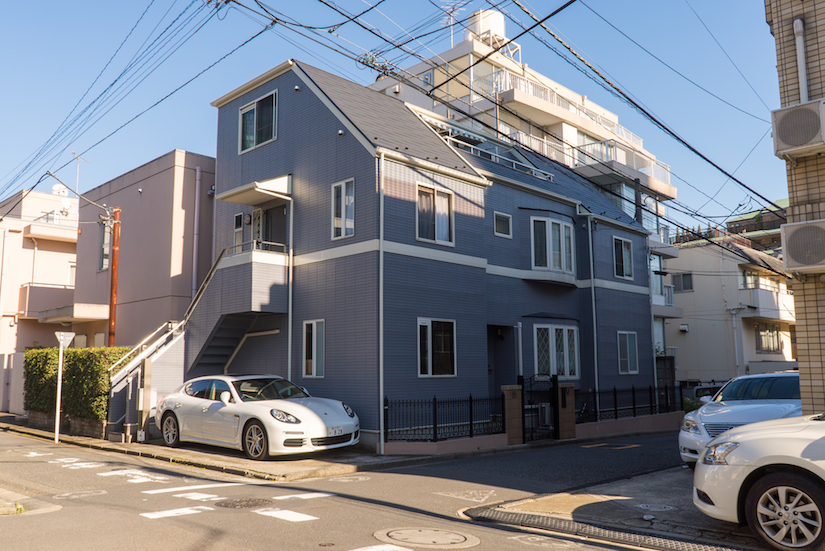 As is true for Tokyo in general, a bus network connects residential areas to the station and, ward offices, prominent medical facilities, and on to other parts of the ward. 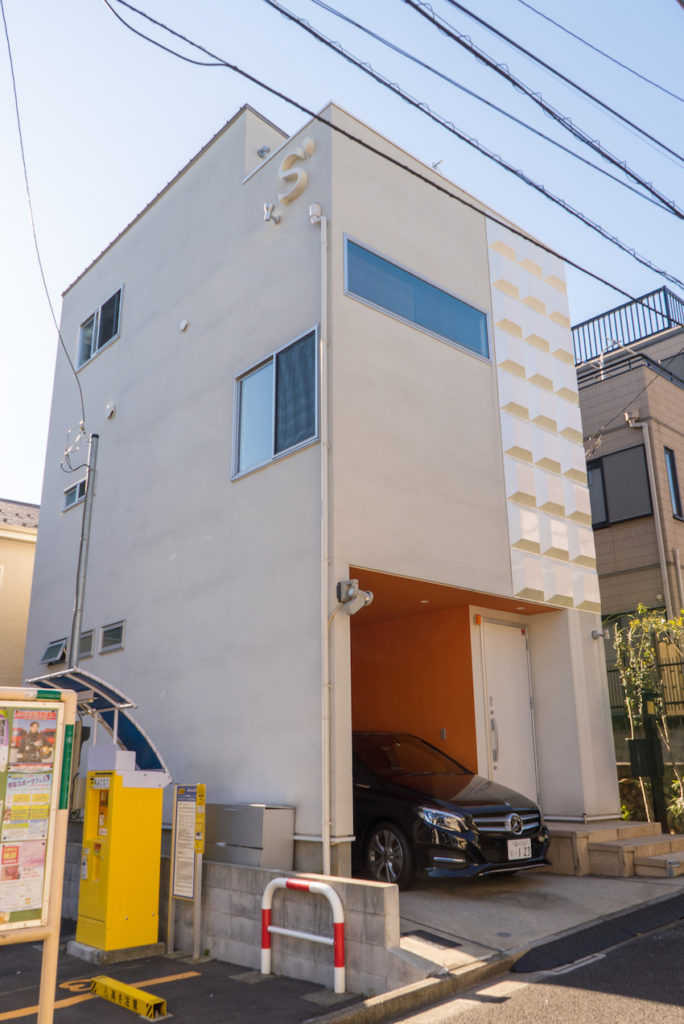 Shibuya ward actively promotes diversity as one of Shibuya’s biggest strengths so, international families are made to feel welcome and a part of the community. 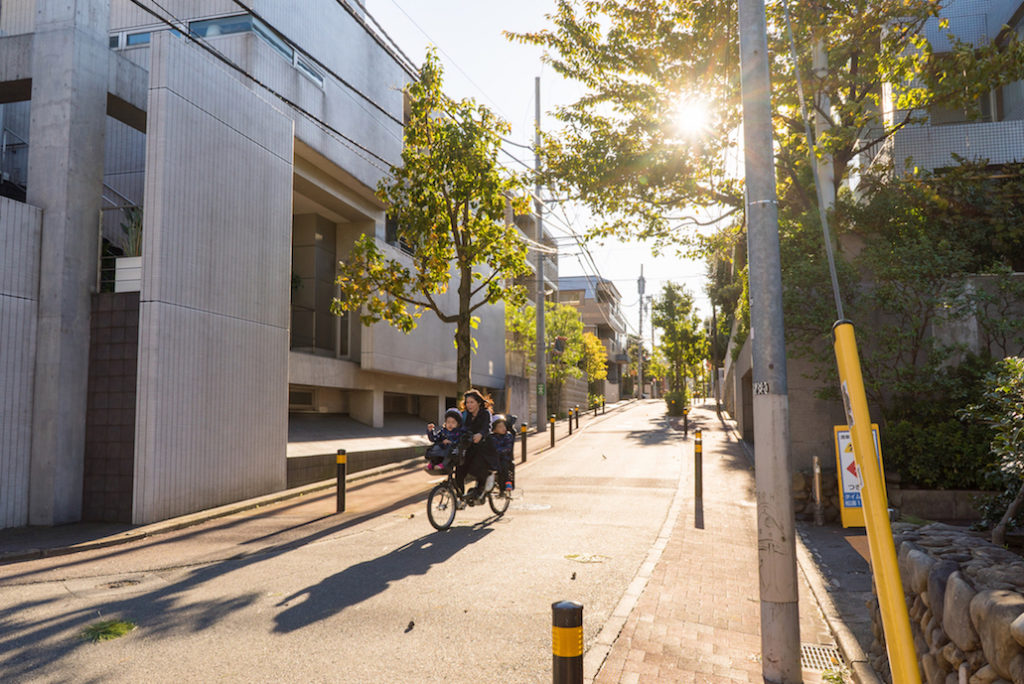 A woman and two kids ride down a Shibuya residential side street. Photo: Nayalan Moodley

There are public elementary schools and junior high schools that service every neighborhood. There are also a number of international schools in the area: The British School in Tokyo; International School of the Sacred Heart; Jingumae International Exchange School; United School of Tokyo and Happy Days Preschool.

Livability for a Couple

With the push toward it being an international city and promoting diversity as Shibuya’s primary strength, Shibuya is a recommended location for foreign couples.

At the ward office, government officials tend to be willing to help and patiently work through language barriers and possible mis-communication.

What really sets Shibuya apart however, is the fact that it’s one of only two wards in Tokyo that provide certificates for same sex partnerships, which is a bold step toward building a truly inclusive and diverse community.

Beyond that, what makes Shibuya great for families also makes it great for couples, especially those who are looking to be conveniently located in the middle of the city yet still want somewhere a little more quiet to put down roots.

For a single person, life in Shibuya can present a number of interesting possibilities. From shared housing to high-rise micro apartments and even small two to three-room houses, there is no shortage of accommodation options, that are conveniently located for easy access to the station area and entertainment districts.

Shibuya would best suit individuals who want to go out and meet new people, like to eat out and prefer to live a more, on-the-go urban lifestyle.

Supermarkets near the station are a bit pricy but there is the newly relocated and enlarged Mega Don Quijote store which is basically a one-stop everything shop with pretty decent prices. 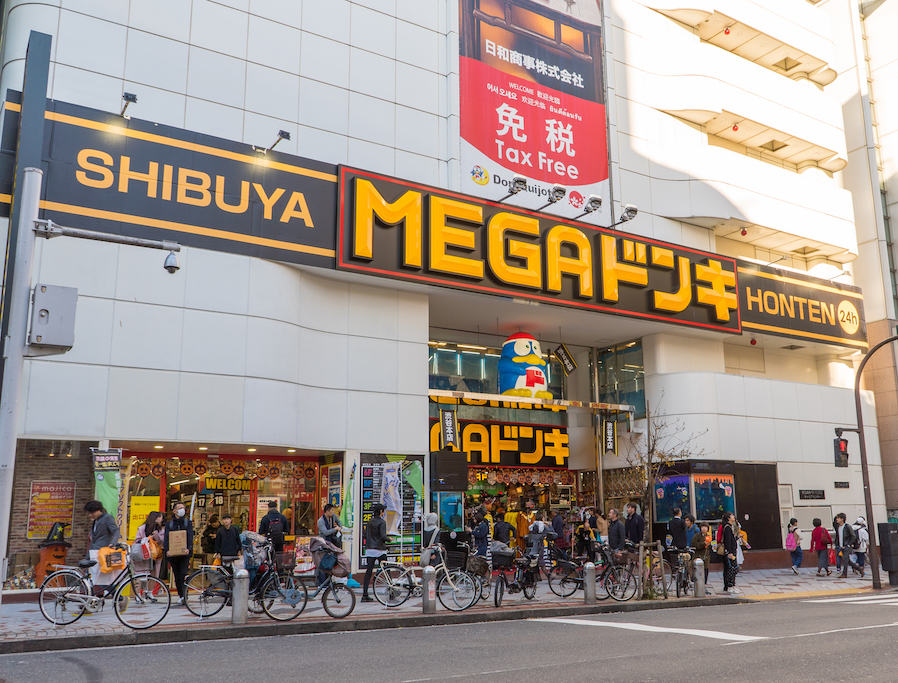 According to HOME’S, a Japanese real estate listing site, the average rent for an apartment near Meguro (as of November 2017) is: 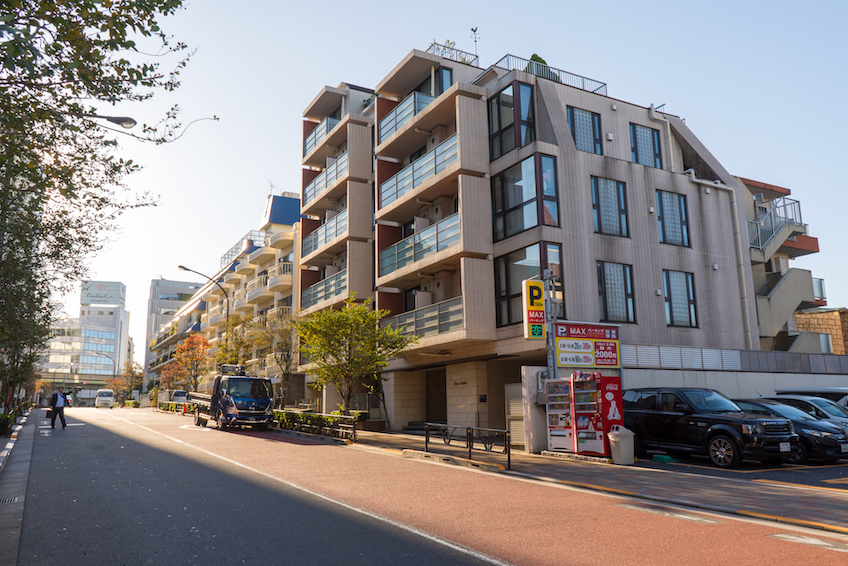 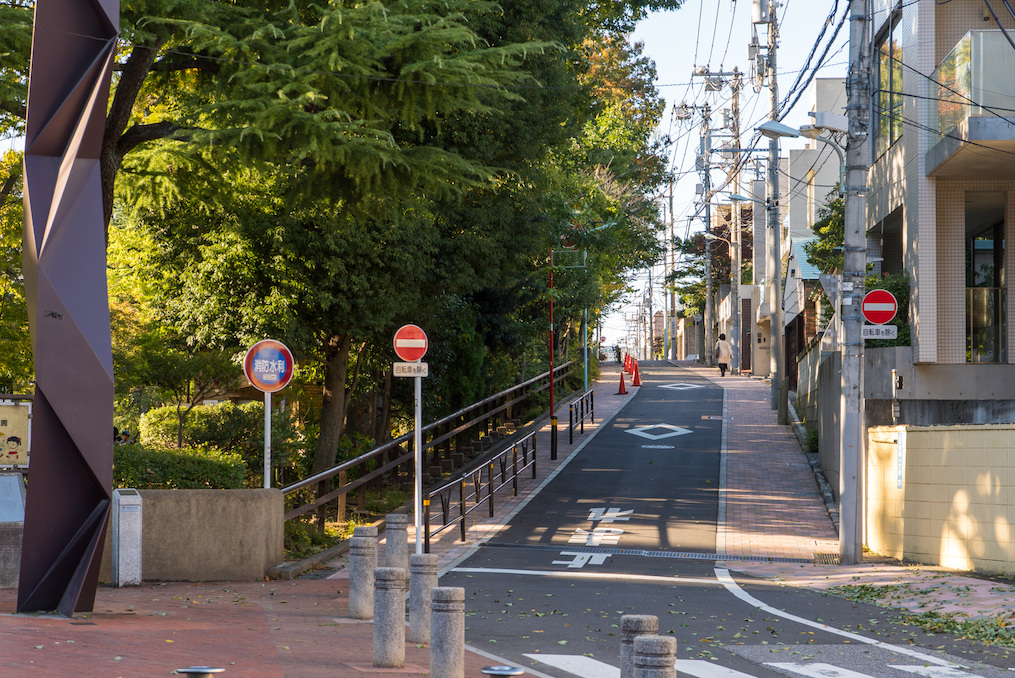 A leafy residential side street in Shibuya. Photo: Nayalan Moodley

Cafe: Double Tall, On the Corner

Shibuya was named after the clan of the same name, who were the nobles in the area through the Edo era. While their castle is no more, the Konno Hachiman-gu shrine still stands on part of the old castle grounds. 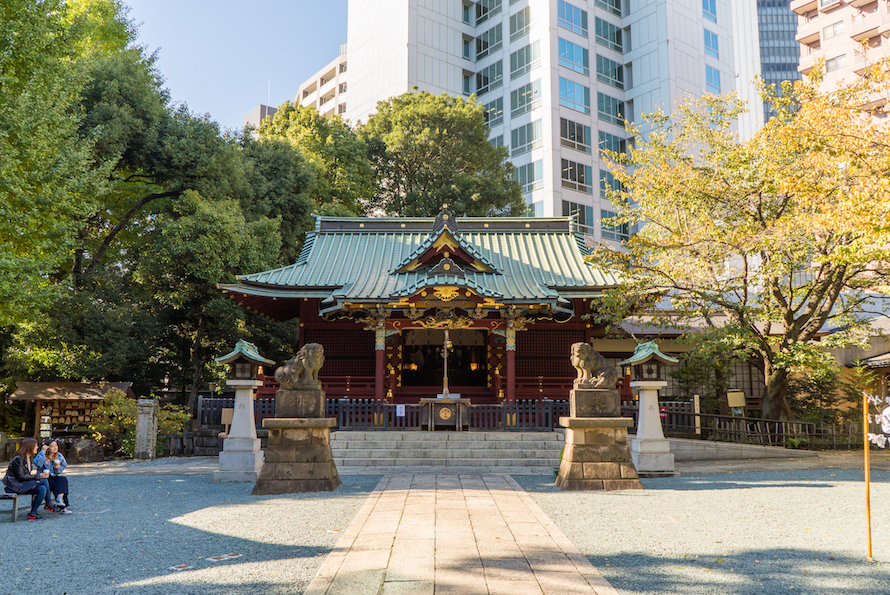 It wasn’t till the Yamanote line was built in 1918 that Shibuya became a significant location in Tokyo. Pre-war Shibuya is most famous for the story of Hachiko. In the 1980s Shibuya exploded as a center of fashion and fringe subcultures which still give Shibuya its current appeal as a shopping and entertainment destination.