In this post, we give a brief overview of why investment properties in Tokyo have been popular for years among buyers, both foreign and domestic.

To start, let’s answer one of the first questions that may come to mind if you’re a foreigner looking to buy property in Tokyo.

Yes. You can buy property in Japan regardless of your nationality or country of origin. There are also no residency requirements for buying real estate in Japan. Securing financing as a resident foreigner is more complicated. For info on financing, please see “Basic Requirements for Getting a Mortgage as a Foreigner in Japan.”

For more in-depth information, please considering attending one of our free webinars on how to buy property in Japan as a foreigner.

Now let’s get back to to Tokyo investment properties.

Why Tokyo is advantageous for income property investment

Although the population of Japan is declining, Tokyo’s population is forecast to continue growing in the near future.

Single- and two-person households are growing

Population growth in Tokyo will be led by single-person and two-person households, not nuclear family or two-generation households. 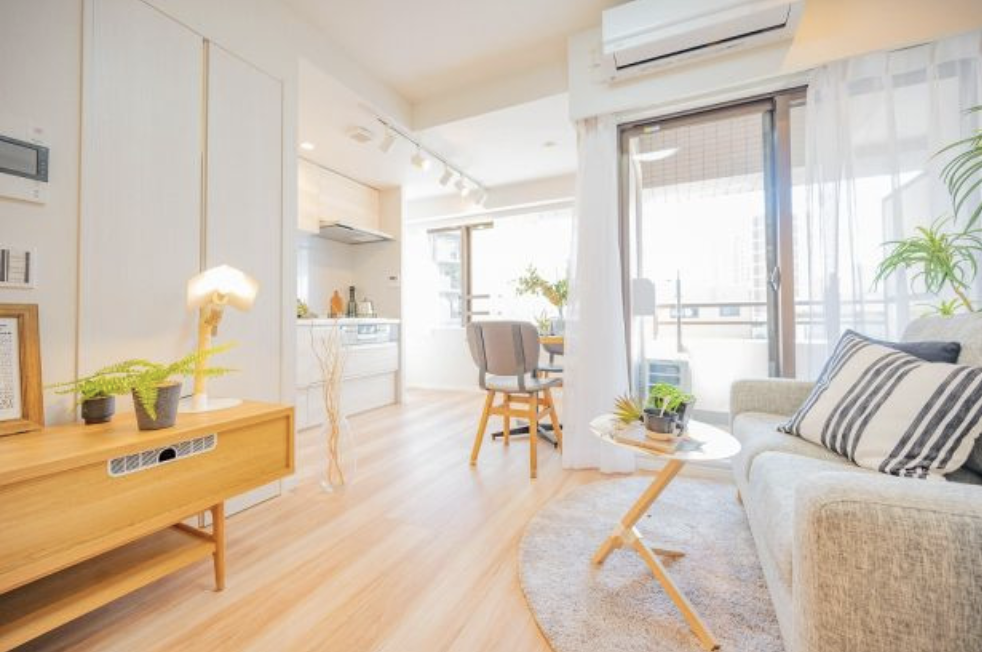 Example of a 1R (one room) apartment for sale in the Hiroo neighborhood of Tokyo. Image: Real Estate Japan

Many ward governments in Tokyo have ordinances related to one-room (1R) condominium properties that are meant to limit the construction of 1R condominiums, in favor of larger family-sized apartments. The purpose of the ordinances is to increase the supply of family-friendly properties but one (perhaps unintended) effect is that in many neighborhoods, there is an undersupply of smaller units suitable for single-person households.

These trends suggest an investment strategy focused on rental condominiums suitable for single-person and two-person households.

The Tokyo metropolitan government has committed to a master plan for long-term development and redevelopment of major stations and neighborhoods in both the 23 wards and western suburbs. Some of these projects are being carried out in partnership with private rail companies and developers. Others are private initiatives.

For example, the Toranomon Azabudai project is the brainchild of Mori Living. This is a massive undertaking that will encompass 8.1 hectares (81,000 square meters) in central Minato-ku. It will include offices, residential units, commercial facilities, a hotel, cultural facilities and an international school.

Other well-known examples include the neighborhoods around Hibiya, Shibuya, Tokyo station, Otemachi, Ikebukuro and Shinagawa. Redevelopment, of course, improves livability and adds to the neighborhood amenities, which increases demand for housing. Projects carried out at major stations also have positive effects for local stations along train lines connecting to the hub.

Sales prices of both newly constructed and previously owned properties in Tokyo have been on a hot streak in the past year-and-a-half, as buyers are facing very low inventory.

Newer properties have higher average sale prices than older properties, with respect to both buyer-occupied and investment real estate.

Older properties in the Tokyo wards tend to hold value more than those in the Tokyo western suburbs, but in general, a typical investment property that was built 20 years ago will be worth only about 43.6% of a comparable new property, if we take 2020 as the base year, for example.

Older properties will tend to have higher yields. The table below shows typical average gross yields by year of construction. In general, income properties in Tokyo provide very steady yields due to the demographic and demand and supply factors discussed above.

You will also see different estimated gross yields depending on what data set you look at. The data below is within the average range of what you can expect for single-unit properties. Older whole-building apartment buildings will have at least double-digit estimated yields.

Where to invest in Tokyo

Where are the best places to buy an investment property in Tokyo?

Location is everything in real estate and where you choose to buy will depend a lot on your investment objectives and risk tolerance.

We can’t emphasis enough the importance of using a local bilingual agent. They will be the best source of information about current market trends in specific neighborhoods, help you find the most suitable properties for your objectives and work with you throughout the transaction.

That being said, there are a a few demographic trends that are worth keeping in mind.

However, the three central wards of Chiyoda, Chuo, and Minato are forecast to continue increasing in population until 2040.

The five wards of Bunkyo, Taito, Shinagawa, Shibuya and Itabashi are expected to peak in population around 2025 and Koto ward by 2035.

In terms of long-term rental demand we would expect the Tokyo 23 Wards to have greater demand than the western suburbs.

Generally speaking, buyers looking for stable income in neighborhoods with great amenities and transportation, the central five wards (Minato, Shibuya, Shinjuku, Chuo and Chiyoda) are considered the best neighborhoods. However, yields tend to be lower in the central wards because property values are much higher than for the rest of the city.

For those looking for higher yields and lower property values, apartments outside the city center, especially in northern and eastern Tokyo offer a great balance of low initial cost and relatively high yields.

In this article we’ve only given a very rough overview of some of the advantages and trends in the Tokyo residential investment property market. We recommend following our blog for more information about buying property in Japan and consulting a qualified local agent to get information specific to your investment needs.

Webinars on Buying Property in Japan