Real Estate Japan sat down recently to interview Yumi, a 30-something Japanese woman, to ask about the 4-bedroom house that she and her husband Eric, a French national bought about three and a half years ago, and the process they went through to buy their home. To respect their privacy, we used Yumi and Eric as pseudonyms.

Please tell us a little about your family.

We were married in 2006. My husband is French and we have two kids who go to the Lycée Français International de Tokyo (LFIT).

Where were you living when you decided to buy a house and why did you decide to buy a place?

We were living in in Asakusa (in Taito ward, Tokyo) in a 100-sqm apartment and paying 170,000yen a month in rent. We had a lot of space, but it was a twenty-minute walk from the station. It took an hour to get the kids to school. We biked to the station, then took the train. When my kids were younger I also had to bring a stroller along with all their school things. It was like a traveling circus! And it was really not fun when it was raining.

After several years of this, we really wanted to move to cut down on the commute. We also wanted to find a neighborhood with good supermarkets and shopping.

My husband looked at the numbers, and it made sense to try to buy a house rather than paying rent every month.

What factors were important to you in choosing a property?

Did you use financing? Can you tell us a little about that process?

We got a Flat 35 housing loan. My husband applied for the loan in his name because I wasn’t working at the time.

Editor’s note: Flat 35 loans are long-term fixed-rate loans offered by a wide variety of Japanese banks and securitized by the Japan Housing Financing Agency (JHFA). One of the merits of Flat 35 loans is that they guarantee fixed (“flat”) monthly payments over the life of the loan. Traditional Flat 35 loans have a fixed interest rate, but some banks offer Flat 35 products with a “step-up” in the interest rate after a certain number of years. According to the JHFA’s website, as of April 2015, the minimum interest rate for a JHFA Flat 35 loan is 1.54% for loans with a term of less than 35 years. To qualify for a Flat 35 loan, the house to be mortgaged must meet certain energy efficiency, earthquake resistance measures, and other building standards.

Was it an issue that your husband is a French national?

Yes, in the sense that he had to get Permanent Residency (PR) status before he could apply for the loan. That took about seven months. After he got permanent residency, we could start on the loan application process. It took about two months for the loan to be approved.

What interest rate did you get?

But in addition to the mortgage payment, we also have to pay the fixed asset (property) tax and life insurance that my husband had to take out when we got the loan. This amounts to about 150,000yen a year.

Editor’s note: Group life insurance is included in most mortgages as part of the interest but not for Flat 35 loans. Banks require applicants to have life insurance to guarantee that the loan will be paid off in case the borrower passes away during the loan term. The surviving spouse would then be able to take possession of house as an unencumbered asset.

Did you use an agent to help you with the process? Were you satisfied with the service you received?

Yes, we used an agent who helped us find the house we ended up buying, but we switched agents at the last minute, right before we were going to do the paperwork for the purchase.

I was walking down the shotengai near the house we wanted to buy and I walked pass a real estate agent’s office. They had a flier posted out front advertising the same house we wanted to buy, but they said that they would not charge an agent’s (broker’s) fee for the purchase. This would save us a lot of money, so we decided to switch agents. The first agent was upset, of course, when we told them, but we wanted to save as much as possible on the cost.

Editor’s note: For the purchase of a property, a broker usually charges 3% of the sales prices + 60,000yen + consumption tax. A few agents do not charge a broker’s fee because they will be paid this by the seller or they are selling the property on their own behalf. The broker’s fee is usually paid to the agent on the day the closing documents are signed.

How many properties did you look at before you found the right one?

My husband didn’t have a lot of time because he was working, so I looked at most of the properties myself. I looked at about 16 houses and apartments around Itabashi and Shin-Itabashi stations.

Did you ever consider building a house?

We wanted to move as soon as possible, so we didn’t think about building.

About how much did you pay for your house?

We paid about 46 million yen, which was about 800,000yen less than the asking price.

Can you tell us a little about your house?

It is a 3-story house with four bedrooms, one bath and two toilets. It’s about 100 square meters, so it’s the same size as the apartment we were living in, but it feels smaller because it doesn’t have built-in closets. We had to buy closets, which makes the house look smaller. Also we wanted a 2-story house, but ended up buying a 3-story.

But I love that our house is only 3 minutes from the station, so it’s really easy to get the kids to school. The shopping is also good.

Would you say that you bought your dream house?

No, but I think we got our almost dream house!

What were the most difficult things about the process? Is there anything you would have done differently?

There were a few things. I looked at so many houses that in the end, I forgot what the first houses looked like. Also, the floorplan sketches (printed on the flier describing the property) often don’t give you a very good idea of what the house actually looks like.

One thing I don’t like about the house is that the windows don’t have awnings, so it rains directly on our windows. In our apartment in Asakusa, this wasn’t a problem. Also drying laundry is more difficult because we have three balconies on three different levels, instead of just one balcony where we can hang our laundry. We also have to take our garbage to the curb on garbage days, instead of having a garbage room and having a building manager take care of it.

But in general we’re happy with our house! It’s fun to be able to add personal touches to our home.

Also, I should tell you that many houses built today are ECO houses, which means that they have things like low-flush toilets, and floor heating systems, which saves energy. You earn ECO points for having these features in your house. I remember we had about 1,500,000yen worth of ECO points. We redeemed our points for a wall clock, a heater, a light, and even Kobe beef and organic juice. It was really helpful because we had to buy new things to fit the layout of the new house.

What advice would you give to people who are thinking about buying a house in Japan? What would you do differently next time?

If we end up selling this house when our kids are older, I would like to buy an apartment, not a house. It’s a lot of work to maintain a house.

Yumi was kind enough to share some photos of her house with us. 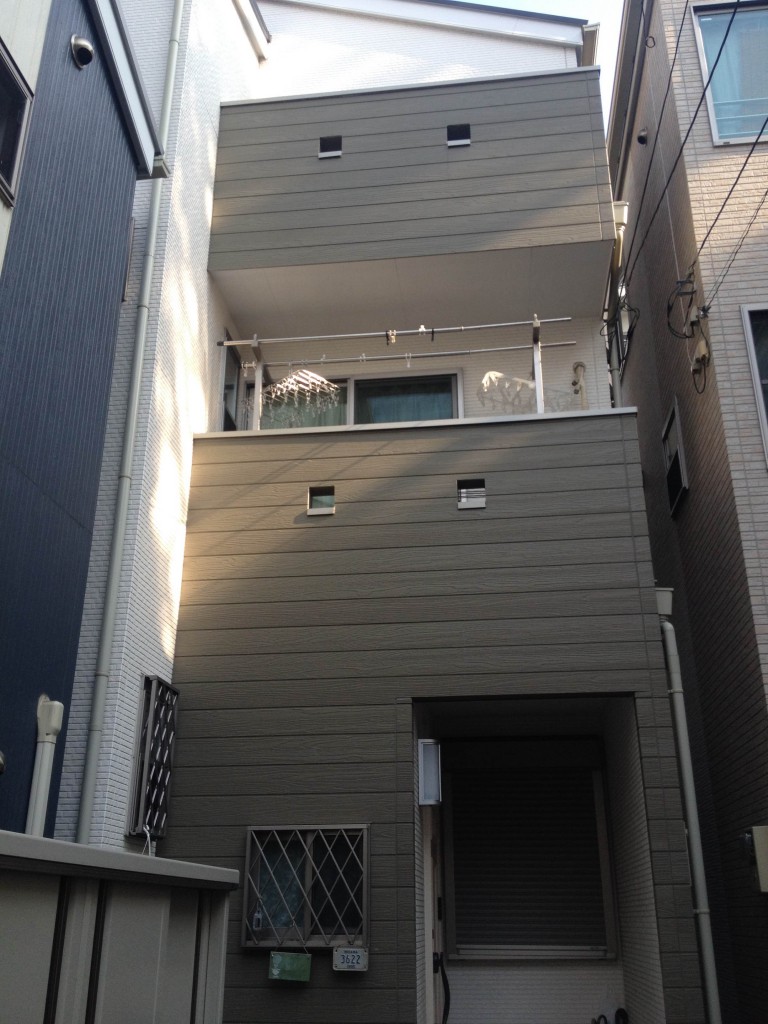 Exterior of Yumi and Eric’s house in Itabashi ward, Tokyo. 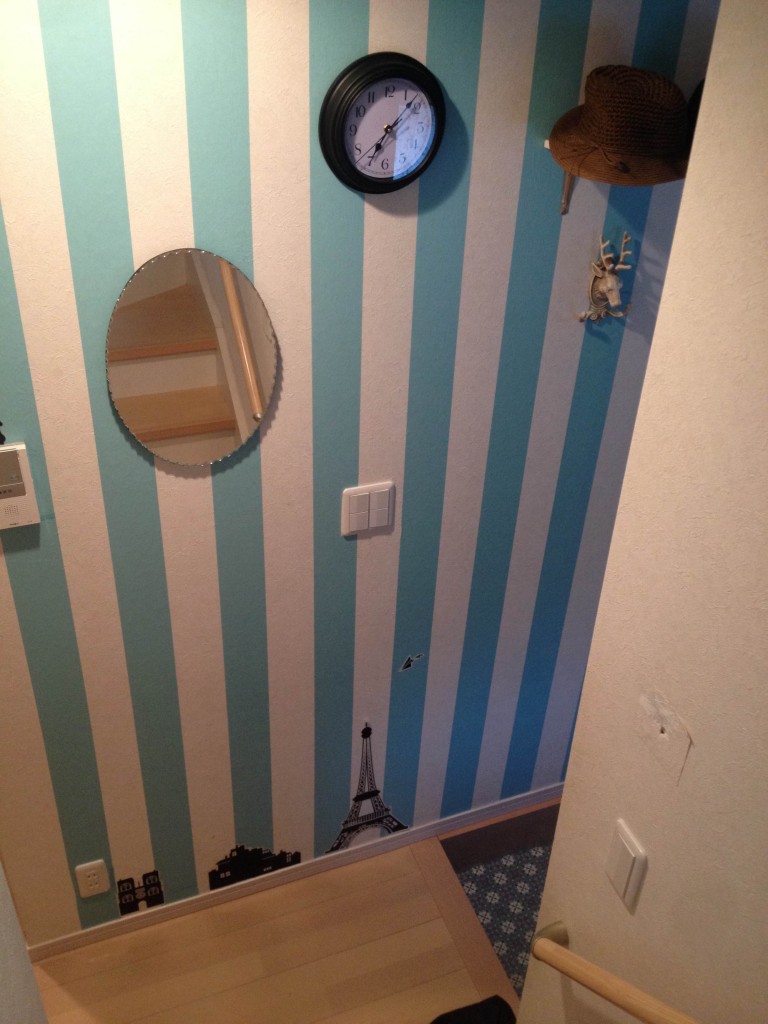 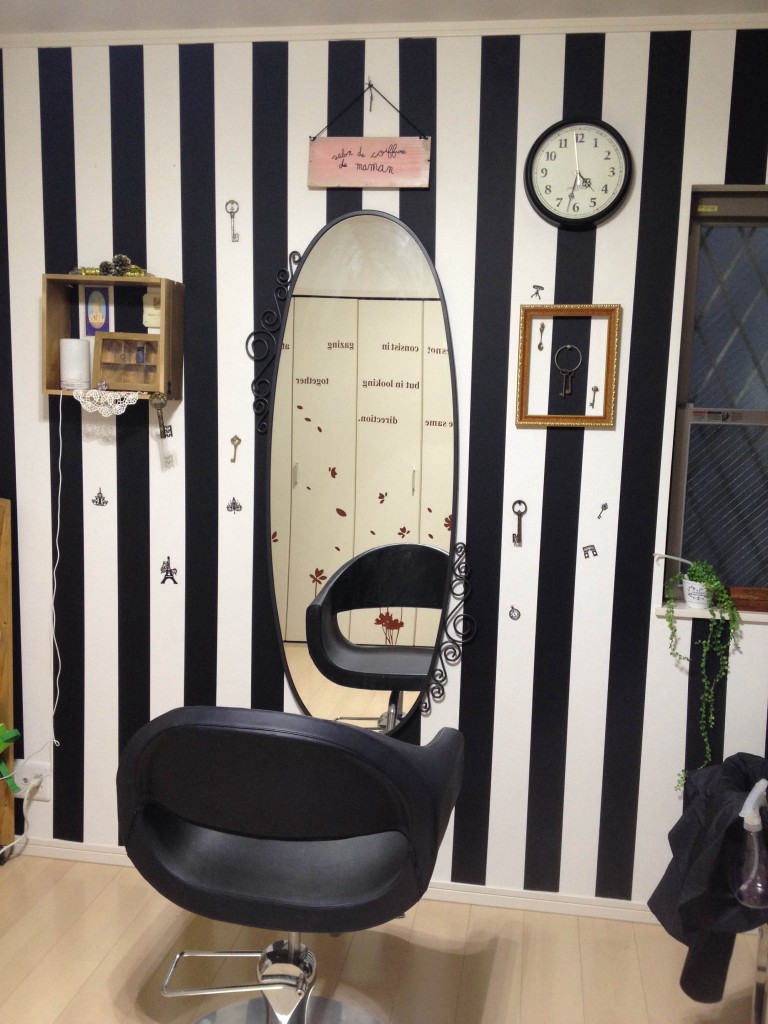 Yumi is a hair stylist, so they converted one of the rooms in their house into her studio.

Thank you Yumi! We wish you many years of happiness in your home!