In October, the price per square meter of condominiums sold in Tokyo’s three central wards (Chiyoda, Chuo, and Minato) reached a seven-year high of 1,039,800 yen ($8,455) per sqm, according to REINS.

Buyer demand for condos in central Tokyo has remained strong, as this price is a 51.6% increase over the post-Lehman trough of 690,300 yen/sqm reached in November 2012 and is the 30th consecutive month (since May 2013) of year-on-year increases in the per sqm sales price.

In Greater Tokyo (which includes Chiba, Saitama and Kanagawa prefectures), the sales price of an apartment was 29,480,000 yen, a 4.8% year-on-year increase but down 0.4% compared to September.

The average building age was 20.32 years.

The average building age was 19.30 years.

A key takeaway from this data is that October was the 37th consecutive month to see a year-on-year increase in the sale price per square meter. 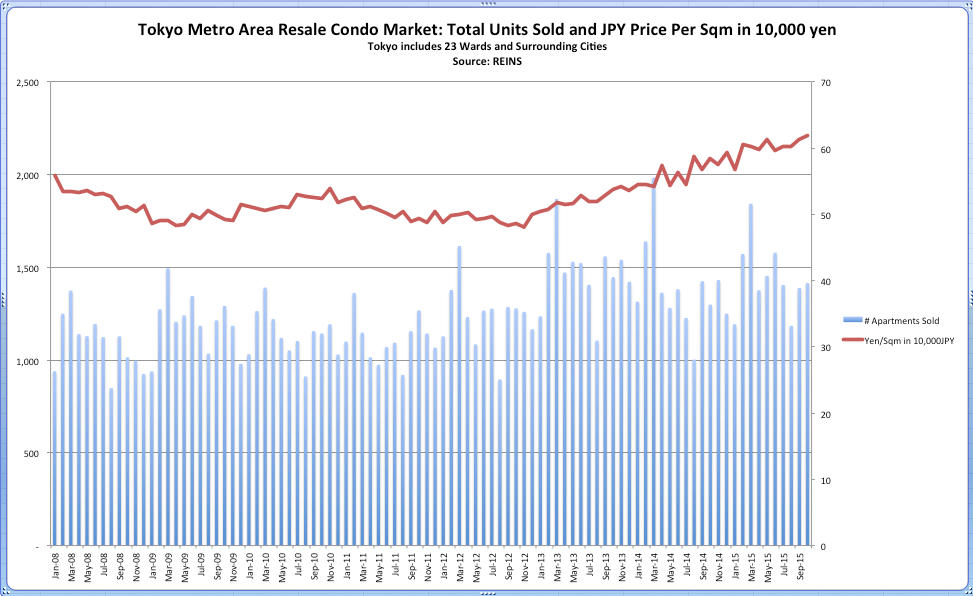