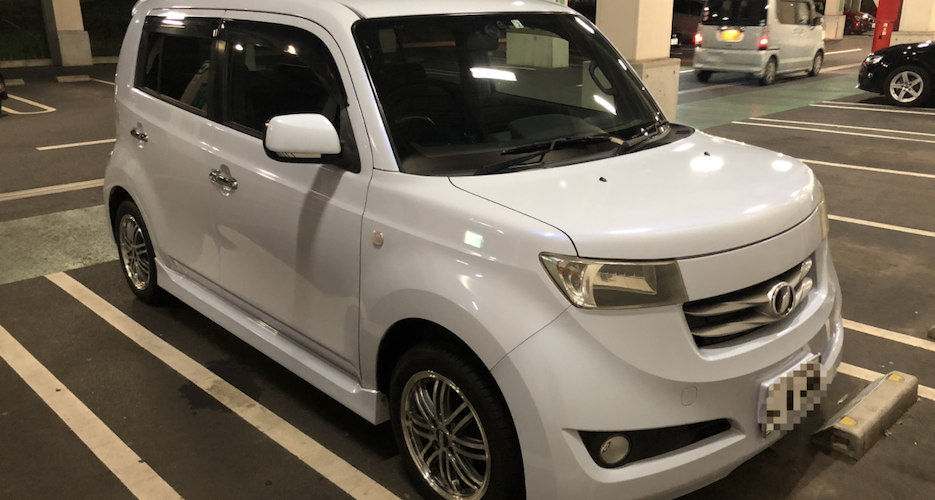 5 Things to Consider Before Buying a Car in Japan

Just recently I completed the process of buying a car in Japan for the first time.

To be honest, it was quite an ordeal. From start (deciding to buy a car) to finish (getting the keys), the whole process took over a month. You would think that it took a month because it took awhile to find a good car but… that part of the process was only a few days! Still, I think for many people, lamenting over whether or not a car is worth it, and then finding the car they want to buy could be the longest part.

In this article, I’d like to provide a few notes to consider before buying a car.

This is probably the most obvious question! I would say in the majority of cases, it’s very unlikely that you need a car in Japan. If you’re part of the US military and need to commute to base or are an English teacher in the countryside then you would be an exception, but if  you’re living in a large metropolitan area like the Tokyo or Osaka area as a teacher or office worker, you can probably get by just fine without a car. In fact, for many, a car is prohibitively expensive, often more so due to city parking than the cost of the car itself.

Despite living for so long without a car and not needing one, why did I suddenly decide to get one? In July I went on a few trips with rental cars with friends and to put it frankly, I think I got a little addicted to the freedom. I’m American and grew up being used to being able to drive anywhere I wanted whenever I want to. After coming to Japan I traded in that freedom for trains.

Don’t get me wrong: public transportation here is great. Not having to worry about how to get home if you’re going out for a drink, being able to watch a YouTube video on your way to work, and not needing to deal with the stress of parking are all wonderful things. I think because the trains are so convenient, I never even considered buying a car.

The benefits of having your own car

Being behind the wheel again for two long weekends in a row brought car living back to the forefront of my mind. It was very nice thinking, “Hmm, I want to go to this weird museum or restaurant that just so happens to be not very convenient by train or bus,” and being able to go without a second thought! And even if it is in a more convenient location, I came to realize that whenever going anywhere at all here, my first thought would be “Do I have the energy to go to the station, let alone take the train?” Oftentimes, the answer would be no.

With a car though, that isn’t much of an issue. As long as you’re going somewhere with cheap and easy parking (basically, everywhere that isn’t in the Tokyo 23 Wards), then you just get into the car and go. Boom! Easy. For me at the very least, it takes considerably less mental and physical effort to drive than to take the train. In my car, even if there’s traffic (which there usually is, because it’s Japan), I can listen to my music or podcasts, relax in my seat, and take it slow.

Another wonderful benefit is that you are no longer beholden to train times! How much of our daily lives in Japan are controlled by train schedules? In particular, last trains. For me at least, it was a lot. Having a car removes that stress a huge amount and allows me to take things more at my own pace. Obviously, if I’m on a deadline or in a rush, then I still would have to be careful about traffic. But if you really think about it, how often are we in a rush, solely because we need to catch that specific rapid that only comes once an hour? And how much extra stress does that give us?

If you like travel, you should also consider a car. Going on a day trip to Nikko, Enoshima, or whatever place you’ve been dying to go to is going to be way easier with a car! Don’t expect to be driving your car from Tokyo to Sapporo (although I mean, you could!), but suddenly going from city to city, or prefecture to prefecture isn’t such a drag. By driving through these areas you’ll also get a better feel of the atmosphere and what it feels like on the ground. On the train you can look out the windows, sure, but how often do we actually do that? We’re usually just staring at our phones or avoiding eye contact with an angry looking salaryman.

Admittedly, if you’re working in the Tokyo 23 Wards, you’re probably not going to be commuting to work with a car! Parking prices would be too ridiculous to be worth it. So all of the above considerations should focus more on how you want to spend your weekends and vacations.