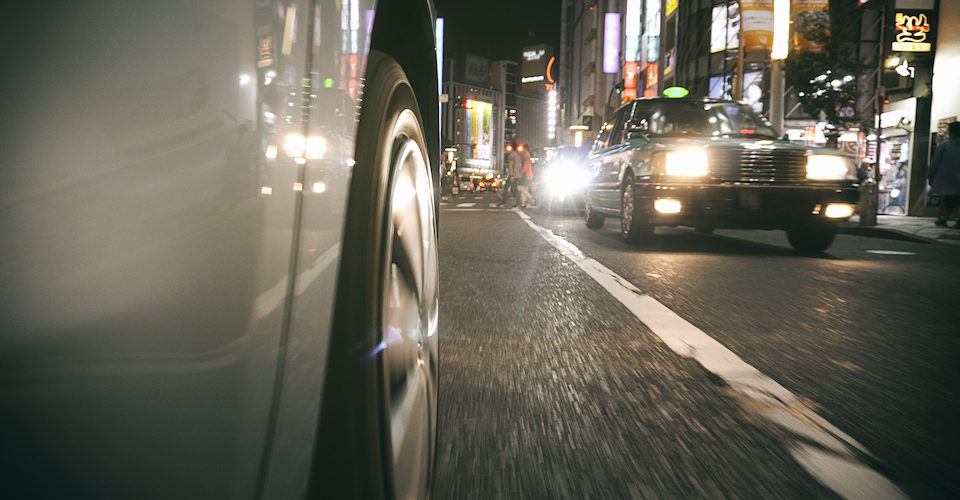 This last weekend, a friend and I took a rental car down to the Izu peninsula for a short trip.

It wasn’t my first time renting a car in Japan, but it had probably been around a year and a half since I last hit the roads here. Among my foreigner friends in Japan, I think I might be the only one with a drivers license. I think that’s a bit of a shame, because even if it’s really hard to own a car in the Tokyo area, being able to rent is really freeing! Before you think about potentially renting a car in the future though, there are a few things you should know.

It’s pretty easy to rent a car a Japan

I’ve rented a car four times in Japan, all from the same Nippon Rent-A-Car shop within walking distance of my apartment. They make it super easy, as you can set everything up online. You can select a car from the available models they have, pick a time/place for pick up, and even select one of their insurance plans.

I actually just renewed my license for the first time, and now that I’ve had it for a few years I was allowed to pick their higher-end insurance plan. I decided to go with that, as driving on the opposite side of the road still sometimes throws me off.

Once you’re in the office at the appointed time, it’s a pretty simple process. You go to the front desk, give them your license and tell them the details of your reservation. After they get the card ready, you sign some stuff and make your payment; and once you’re all done at the desk, you go out to the car and walk around it with a staff member, who notes down any dings/scratches on the car. This is just a nice extra layer of security for the driver because after you return the car and if any damage is noted by the rental car company, you’ll have proof that you didn’t cause it. Behind the wheel of my rental car. Photo: Nathan

One nice thing I’ve found about renting a car in Japan is that they really do not care if you’re a foreigner. The only thing that matters is your license. From what I’ve experienced, you might as well just be a Japanese citizen to them. Admittedly this might be different if you don’t speak Japanese!

There are a lot of toll roads

Another convenient service I learned about this time was ETC card rental.

If you don’t know, Japan has a huge love for toll roads. I think basically every highway has some form of toll. Even a lot of smaller, slower roads seem to have them. Driving from Chiba to Izu, there must have been at least 10 toll booths over the course of a four hour drive. Having to pull out my wallet and come up with the right change would be a huge pain, if it weren’t for the aforementioned ETC card.

ETC cards go in a specialized slot in the car, and if you drive through a labeled ETC gate at a toll booth, it automatically collects your fees. Think of it as a train IC card, but for your car. To get a personal one you apparently need to get it through your bank, which seems like a bit of a hassle. The rent-a-car place made it easy though, as you just need to pay a ¥1,300 or so fee to borrow one of theirs. Once you return the car, they’ll check the card’s history and charge you the exact amount. There were a couple of random roads in the Atami/Numazu area without ETC booths, but I’m pretty sure this is rare in urban areas.

As for the drive itself, things went pretty smoothly. Although as an American, I grew up driving on the right side of the road, even the very first time I drove in Japan, I found it a lot easier to adjust than I expected. I think the scariest part of the adjustment is the very first time pulling onto the roads. Once you’re on the road though, for me, my brain automatically adjusted. The first few times I rented a car though, there were times where when exiting a parking lot, I would forget about the left side of the road thing. Early on in your Japanese driving experience in particular, remain mindful!

Other than tolls and driving on the left side of the road, there are two other things that differed from my experience in America.

First, speed limits here seem much more like a guideline, than a proper limit. Even in America people would usually drive maybe ten miles per hour faster than the speed limit, but going much above that wasn’t too common. Here however, it’s pretty normal for people to be going 100+ kilometers per hour in a 50-60 kph zone. It felt like there were only two speeds: way under the speed limit, or way over.

The roads can be narrow…really narrow

The second thing is the size of the roads. Even the largest highways only have maybe three lanes at most, with one to two being the norm. That’s not a huge problem, but once you get into local areas, driving is… rough. It’s not that odd for roads to only have one lane, with very little room to escape should another car be coming from the opposite way. I spent a lot of time hoping that no one would be driving my way on a few roads.

Probably the tightest roads I experienced were the side roads leading up to our rental house. There was a winding hill next to the ocean, with only enough space for one car, and very little visibility. If another car was coming up that hill at the same time I was going down, it would’ve been a very long and awkward reverse back up. The house we rented, with the rental car right next to it. AirBnB prices are super cheap right now! Photo: Nathan

Surprisingly enough, when we were first heading to the house, Japan’s narrow roads actually led me to the house. While we were driving on a main road, we noticed the house down to the right. After taking a few turns onto the smaller side roads, I encountered another car coming towards me. Only one of us could pass at a time, so I turned over into a small lot to let them through. Lo and behold, to my right was a small hill going up to the house. It was a complete stroke of dumb luck which I am grateful for, because it probably would have been a lot harder to find otherwise!

When renting a car in Japan, because of all of these things I’ve noted, smaller cars really seem to be the way to go. The car we had was pretty tiny, but still there were so many roads that felt way too tight. Occasionally when I saw larger cars on the road (particularly American makes) I couldn’t help but think, “How on earth are they able to drive that here….” I suppose practice makes perfect.

One last thing I would like to mention is the highway rest stops in Japan, and specifically how plentiful they are!

There was probably a rest stop every 10 or so kilometers, and it’s so easy to exit onto it, then get right back on the highway. All of the rest stops have a convenience store, bathroom, and oftentimes a few small restaurants. There was one I stopped by in Tokyo on the way home that had a vending machine for hamburgers and french fries. Unfortunately, I dared not try it.

Driving in Japan is a completely different way to experience the country, and I seriously recommend it if the option is available for you. While public transportation here is amazing, every once in a while it’s great to be able to go where you want, when you want to. In particular if you’re going to an area outside of an urban center, a car is going to be hard to beat.

Lead photo: A low angle view from the tire of a car driving through the Shibuya, via iStock