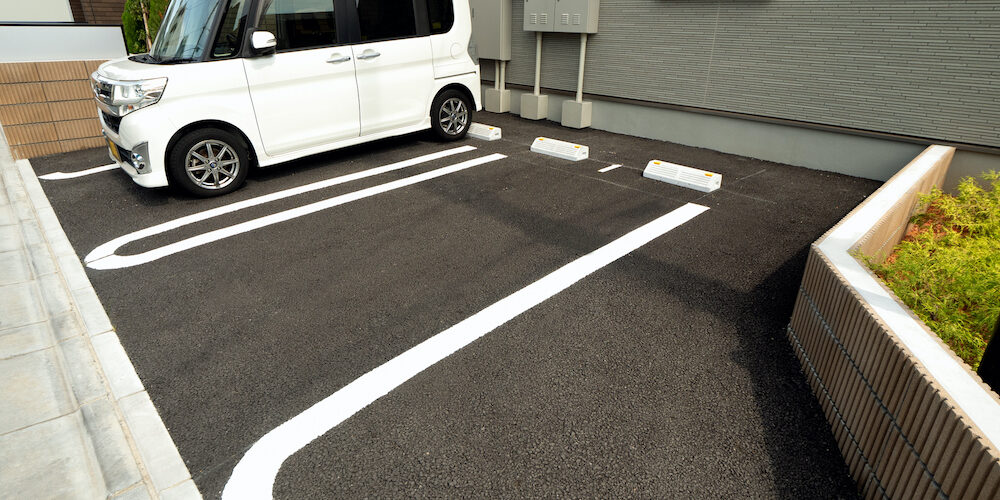 Costs of Car Ownership in Japan

You want a car, but realistically, can you do it? There are two aspects of this: your financial situation and your physical situation. Let’s go into the physical first because if you don’t have anywhere to put a car, there’s no point in even diving into your bank account.

Where are you going to park your car? Until you get a tiny bit deeper into the countryside, it’s pretty rare for apartments to have their own parking lots. However, that does not mean buying a car is not possible. Once I decided I wanted a car, I started Googling for monthly (月極）parking lots around me. The annoying thing about these types of lots though is that you’re not going to find them all online. Even the ones that are online aren’t always on the same websites!

The easiest way to find parking is honestly to just walk around your neighborhood and look for the kanji 月極 on a sign at a parking lot. There’s probably going to be a phone number on there!

This brings up another question: Do you speak Japanese? It’s not at all impossible to get a car without a high level of Japanese, but it’s going to be more difficult. For parking you will be dealing with a contract. If you don’t understand it on your own, you’re going to need to find a friend who is willing to donate (or sell) a decent amount of their time. This thread continues throughout the entire process of getting a car because… it’s Japan.

Anyway, you’ve now found a lot, you’ve contacted the property manager and there’s a spot open with your name on it.

Now it’s time to take a look at your finances.

The good news is that cars in Japan are relatively cheap. You can quite easily find a car with a back-up camera, navigation, and all sorts of other bells and whistles for under ¥250,000 total. However, as a foreigner, I was informed that I won’t be able to get a loan. I think if you’re a permanent resident or perhaps even just have a longer-stay visa, a loan may be possible. But for me on my one year visa, I had to fork up the cash upfront.

Beyond the car itself, you need to consider shaken or the car inspection. Every two years, by law, you are required to go into a car shop and get your car tested for various issues, and renew compulsory car insurance. This is going to cost you an extra ¥70,000 to ¥150,000, depending on the type and age of your car, every two years. The reason cars themselves are so cheap is that they get you on the shaken. Once you’re looking at cars, make sure to see when the shaken expires! It’s going to be cheaper to buy a ¥250,000 car with shaken for the next year, than a ¥200,000 car requiring shaken at purchase. More generally, you’ll also need to consider how long you’ll be in Japan, whether the benefits outweigh the financial costs, and if the timing of shaken renewals fits your plans.

Beyond normal shaken, you also need to consider optional insurance. The compulsory insurance that comes with the inspection only covers injury and death to a third party, but isn’t going to do anything for you or your car. Unlike many other countries you don’t need to get anything beyond that, but if you want to be safe, you will probably want to. Luckily, there’s a ton of options online and it’s super easy to apply. My dealer informed me that signing up for insurance online is actually the cheapest way to do it. In my case, I went with Rakuten Drive Assist, as I got 22% off by signing up online and got Rakuten points. I paid between ¥90,000 and ¥100,000 for a year of insurance, and considering I got an older car with a lot of kilometers on it, I can’t complain!

The car itself and shaken are the two main things, but it’s still important to consider the small expenses over time. Parking at a local monthly lot in a suburb of Tokyo will probably run you about ¥10,000 a month. That’s really not bad, since in Tokyo 23 Wards, ¥50,000 monthly or above is not at all bizarre. There’s also gas, which is quite expensive compared to the United States. I suppose that makes sense though, given the lack of natural resources here.

One thing a lot of people also don’t realize is that Japan’s freeways are almost entirely on a toll system! And these tolls can be quite expensive, although they’re still competitive with taking the train, so personally I do not care about them that much. Of course, depending on how much you drive and to what areas you want to go to, these fees can build up and be a surprisingly high extra expense. Freeways are usually only necessary if you’re going from city-to-city but the time saved by opting for them is almost always worth it.

Continue reading Part 3 here: How to buy a car in Japan and what features to look for

Part 1 starts here: 5 Things to Consider Before Buying a Car in Japan