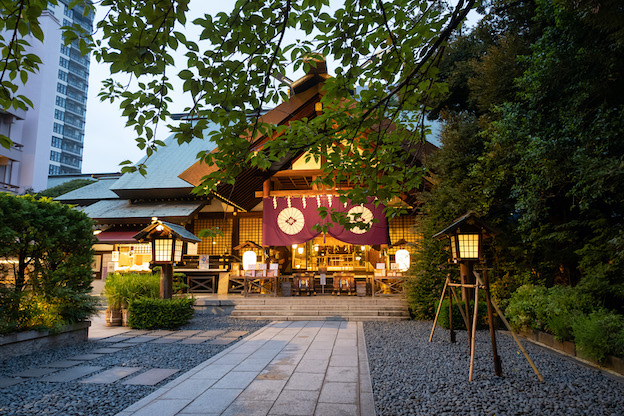 Shrines and temples of Japan are a fantastic way to explore the rich cultural history of the country. In fact, there are even popular pilgrimage paths which cover hundreds of kilometers of roads between shrines.

Today we’re going to introduce some of Tokyo’s most well-known shrines for love!

In the Shinto belief, the enshrined deities (kami, 神) of a shrine are connected with certain characteristics depending on the origin or story of the deity. Some of the deities are believed to bestow great luck in relationships, love, marriage, etc. and thusly are popular destinations for those actively looking for a relationship, those just starting a new one, and even those looking to strengthen their marriage.

You will be able to get more out of your shrine visit if you have knowledge of the shrine and the enshrined deity. Usually this info is presented in Japanese at the shrines, but if you are a little rusty with your Japanese it can be easy to feel a little lost even when you get to a beautiful historical shrine. Here’s a quick rundown of a few of Tokyo’s shrines where you can visit to make a prayer to deities of love and relationships! 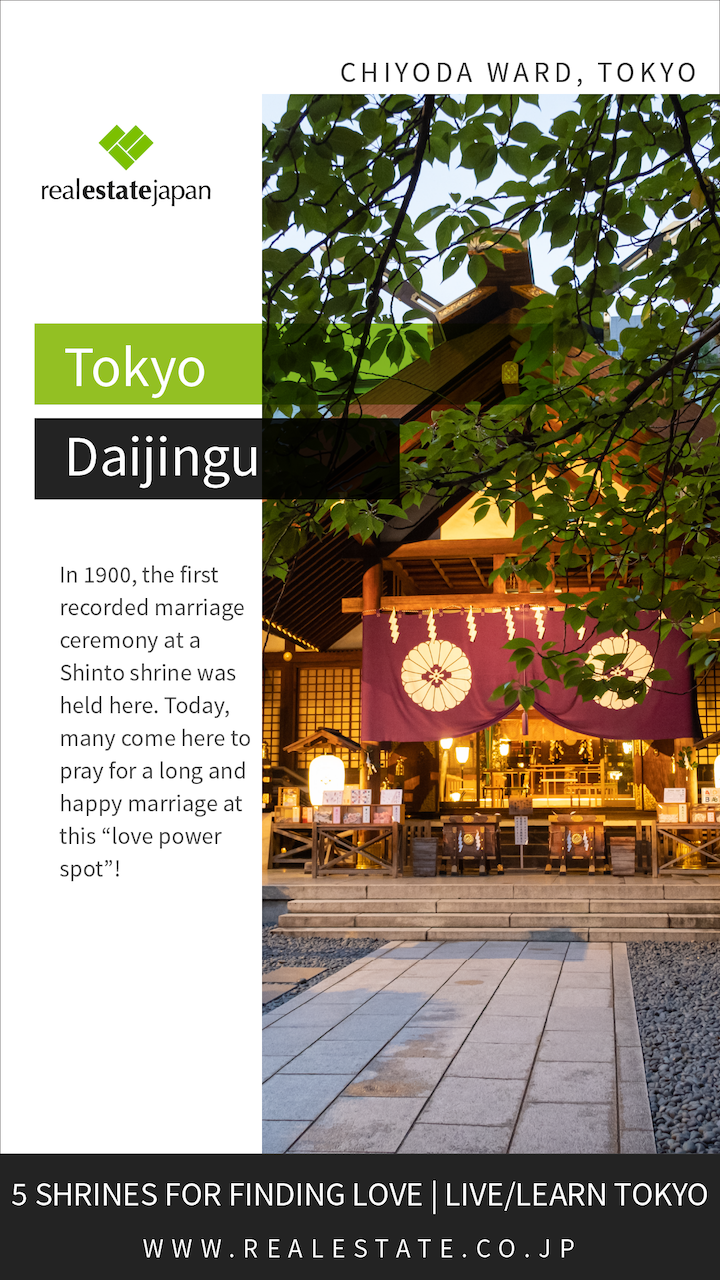 In 1900, a wedding ceremony was held at Tokyo Daijingu Shrine – the first wedding to be held at a Shinto shrine in Japan’s recorded history. With this, the shrine became a popular place to pray for a long, happy, and successful marriage.

It is one of the predominant destinations in Tokyo for young women to pray for good fortune in their love life. It is also not uncommon for men to visit, too, so don’t be shy!

Tokyo Daijingu is located very close to Iidabashi Station in Chiyoda Ward. It’s close to a lot of other notable destinations such as Tokyo Dome (Korakuen), the trendy Kagurazaka neighborhood, and even the Imperial Palace! If you’re in the area, it’s a gorgeous shrine to take a look at and walk to, and Iidabashi Station is a great hub to use with it’s central location directly connected to Shinjuku, Roppongi, Tokyo, Meguro, and more. 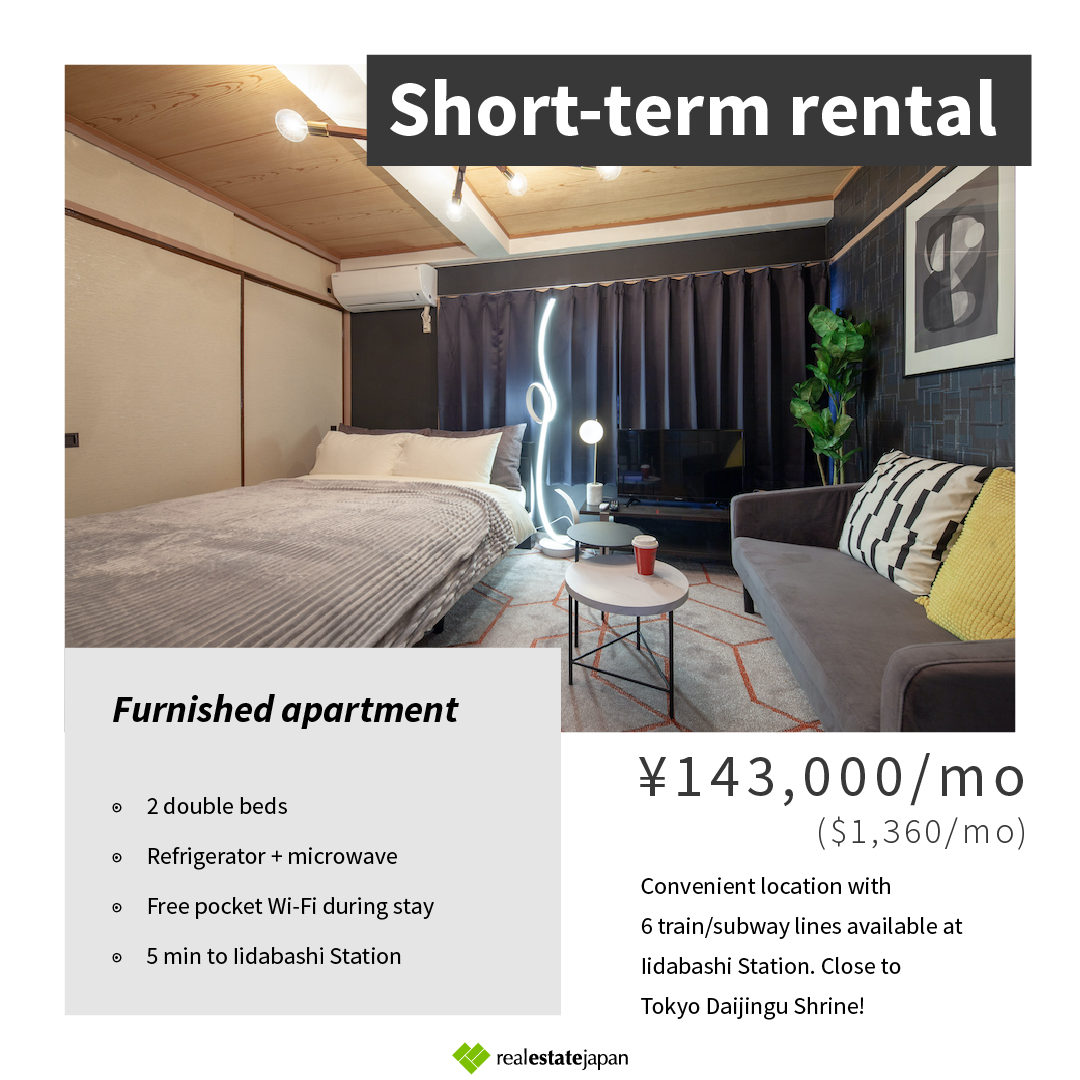 Click here to visit our listings for short-term furnished apartments near Iidabashi Station! 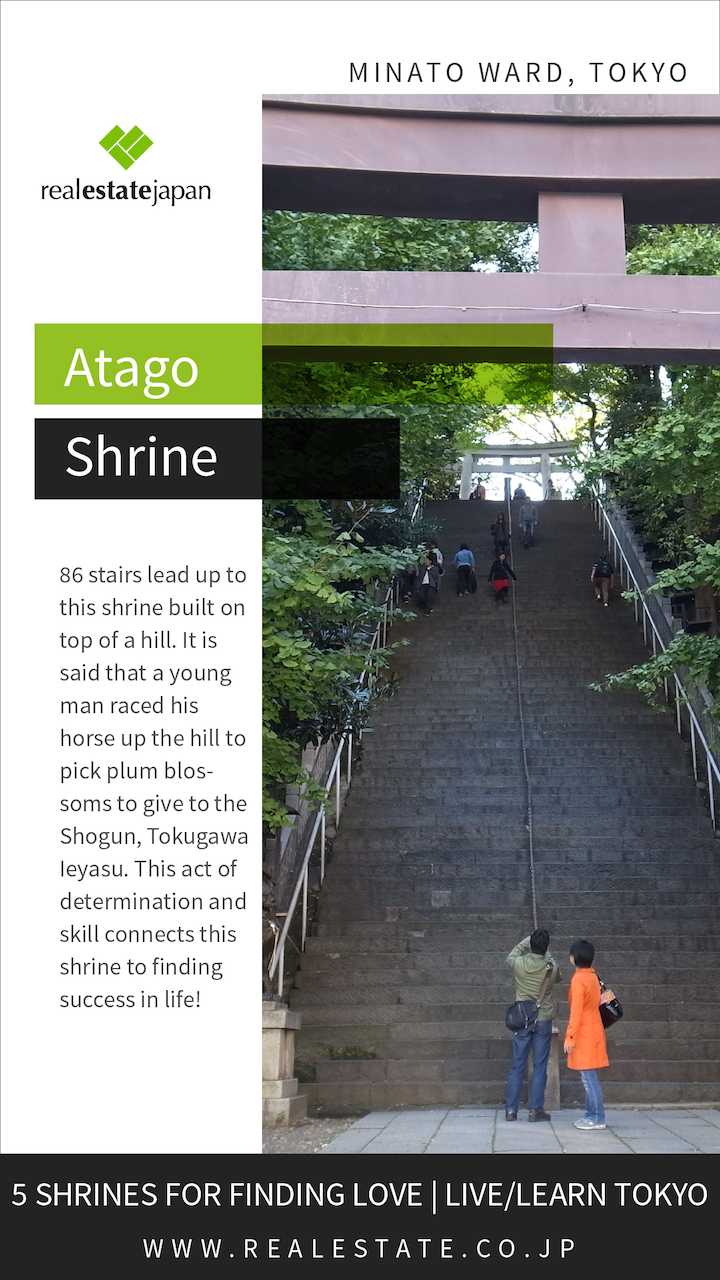 Although the deity of fire, Kagustuchi, might more often be compared with unsavory aspects of fire and destruction, the ever optimistic will look to the story of how the shrine was built in 1603. Tokugawa Ieyasu (shogun at the time) ordered the shrine to be built on a hill as a vantage point to protect against disasters and fires. A young samurai dared to race up the hill on horseback to pick plum blossoms from the top to give to the shogun, thus proving his unmatched skill and determination.

The stairs (86 in total) leading to the shrine are known as a stairway to success. Those willing to travel up and down are able to prove their mettle and will be able to find success in various aspects of life – including relationships!

This shrine is located between Kamiyacho Station and Toranomon Hills Station – a very central location deep in the heart of downtown Tokyo. Although this is most often regarded as the business area of Tokyo, the quick transportation access from this central spot can prove to be a very nice benefit for those looking to stay in Tokyo. 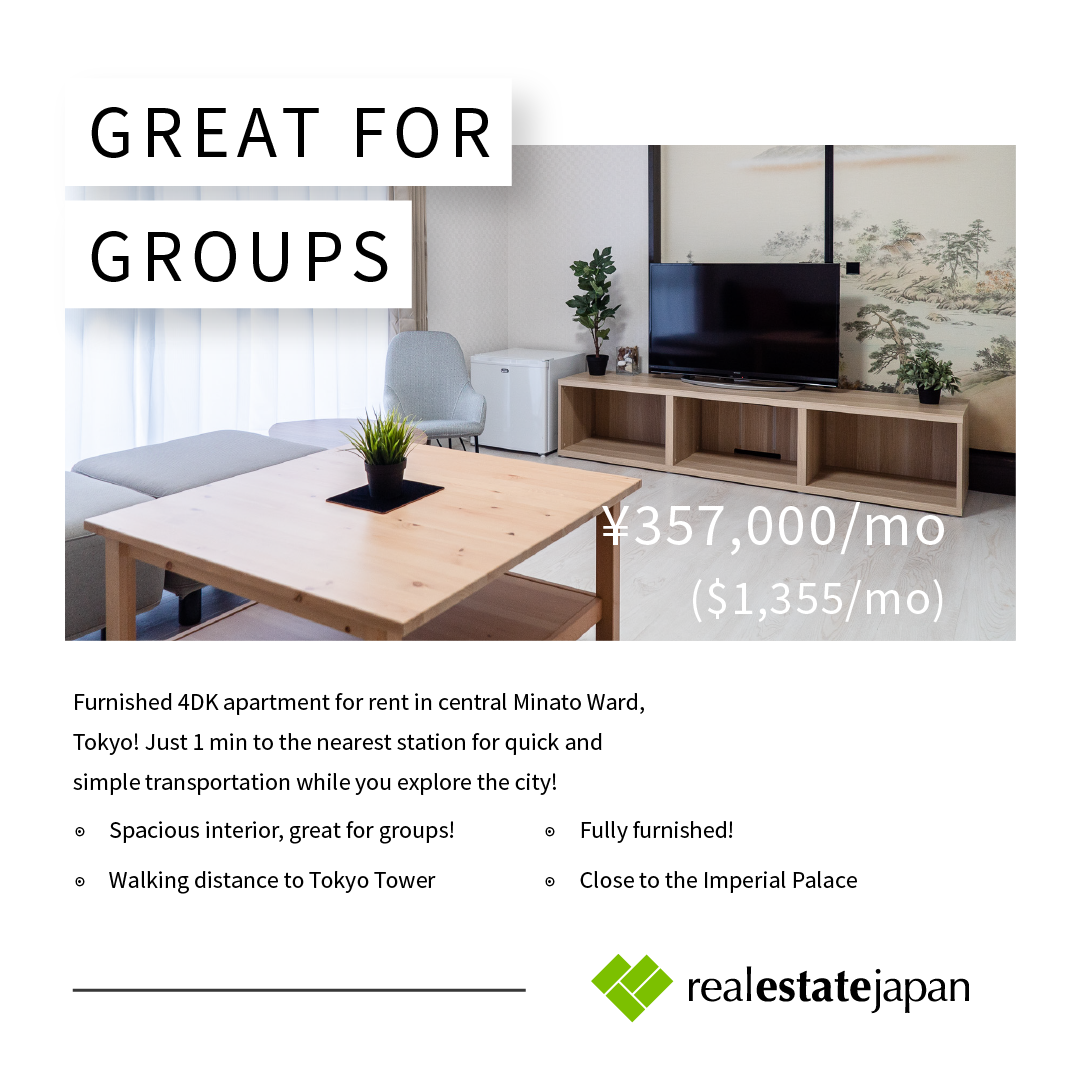 Click to jump to our listings for other furnished + short-term apartments in the area close to Atago Shrine!

Enshrined in Imado Shrine are the gods Inzanagi and Izanami. The two devised a marriage ceremony, and because of this connection to marriage, Imado Shrine is popular with those coming to pray for a fortunate relationship! Although, because of this shrine’s claim to fame as the birthplace of the popular “lucky cat” (manekineko) figure, you’ll also see quite a few visitors coming to check out the collection of cat figurines adorning part of the shrine.

This shrine can be found near Asakusa, which is also home to the much larger Sensoji Shrine. Sensoji Shrine tends to be a much more popular destination for visitors and tourists, where you’ll find many traditional shops, food stalls, and even rickshaw (cart pulled by a man) rides.

Asakusa is located in Taito Ward, just east of the major hub of Ueno Station. Depending on where you choose to stay in this ward, you might be able to take advantage of the multiple train lines available at this convenient location. Read more about the lesser-traveled paths in Taito Ward in our 7 Hidden Sides of Taito Ward to Explore on a Budget article! 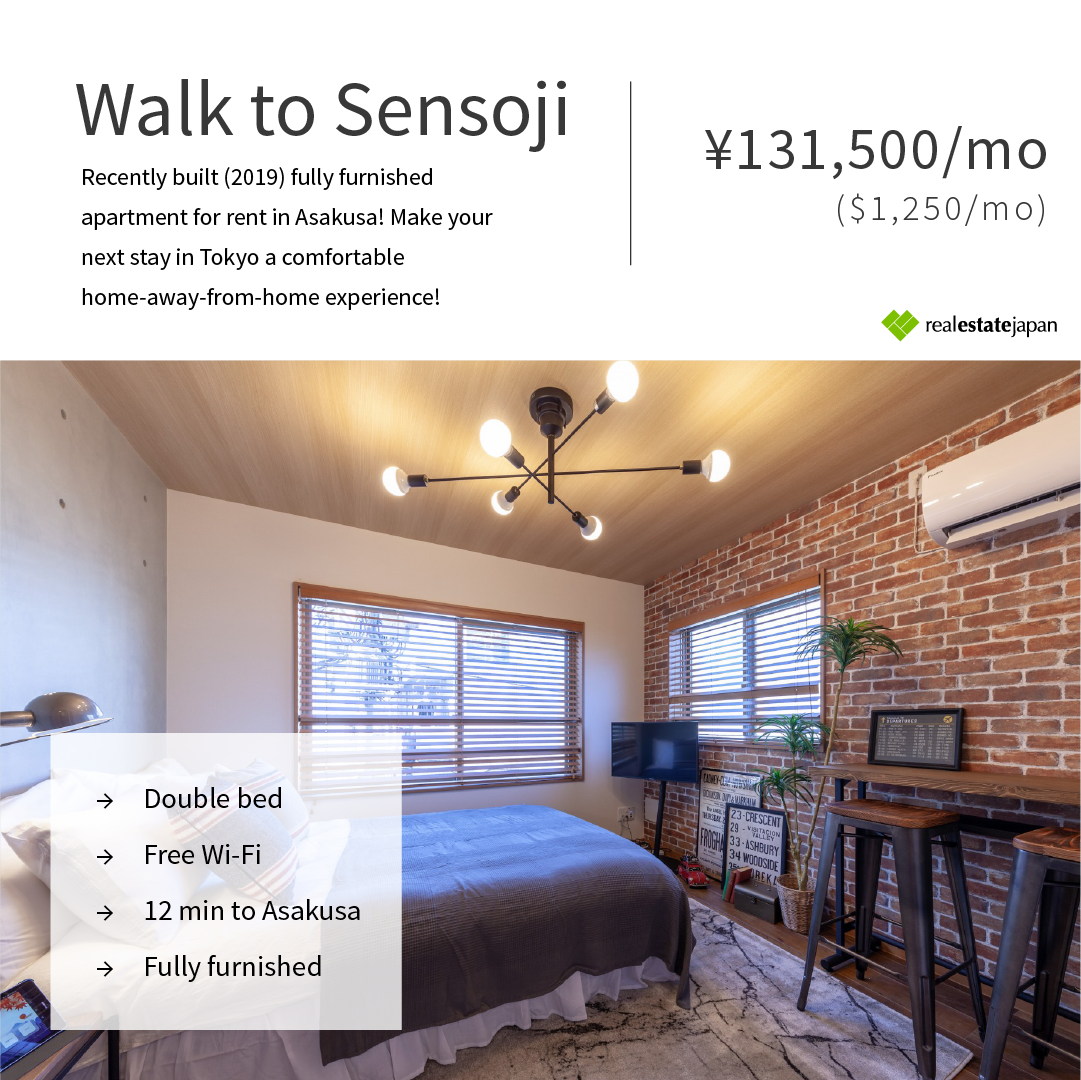 This Buddhist temple located in Akasaka (a business district in central Tokyo, not to be confused with the Asakusa neighborhood above) has become known as a destination for prayers to the deity Dakini-Shinten. This deity is said to grant wishes to those seeking success in business and family matters. At the temple you’ll find statues of seven gods of fortune: Ebisu, Daikokuten, Hotei, Benzaiten, Jurojin, Fukurokuju, and Bishamonten. Visitors can pray to each of these deities for blessings in their lives – including for relationship issues! 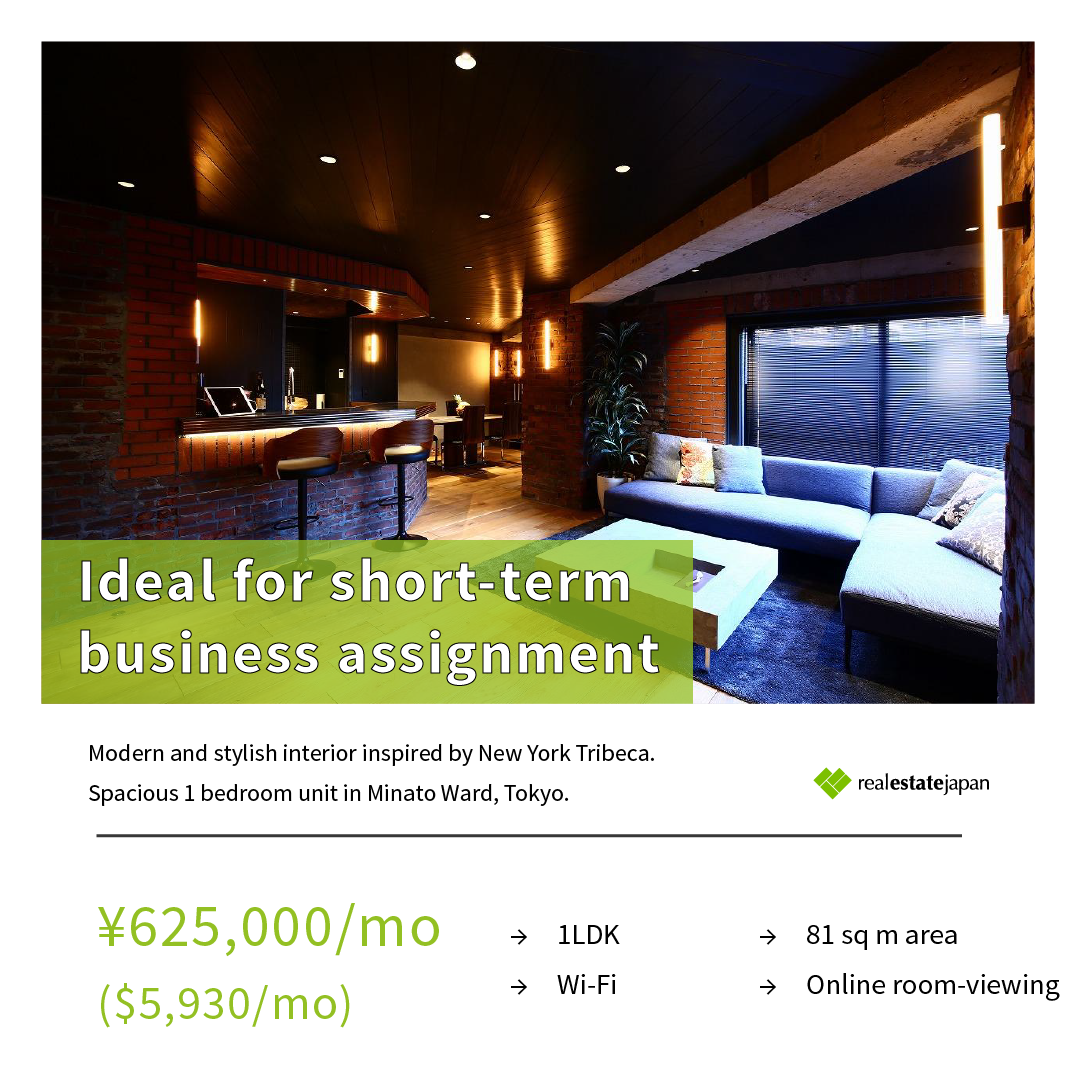 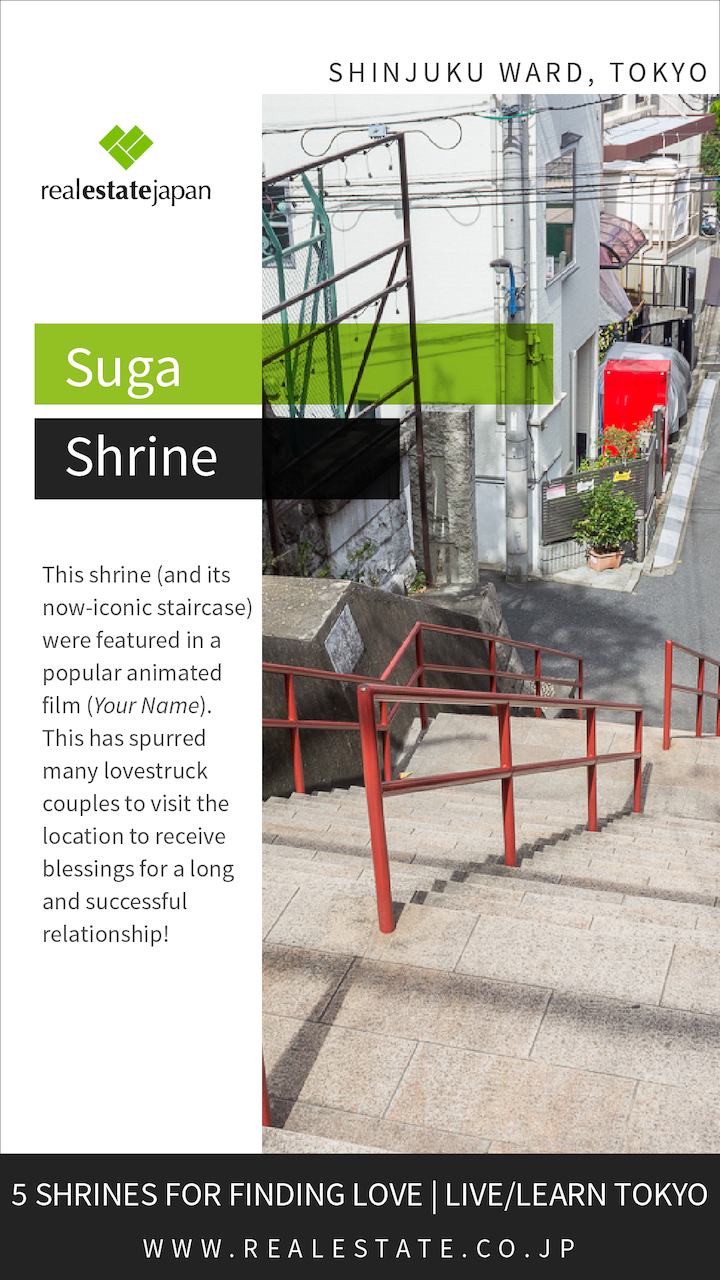 In the quiet residential neighborhood of Yotsuya lies Suga Shrine, recently popularized thanks to it being featured in a hit animated film (Your Name). Both couples and fans of the film set this as a destination to visit both to take pictures around the shrine, and to pray for blessings in their relationship.

The deity enshrined here is Susanoo, known for his heroic deeds. Through his acts of heroism he won the heart of Kushindahime, and through their eternal bond he is regarded as a deity of love and marriage. 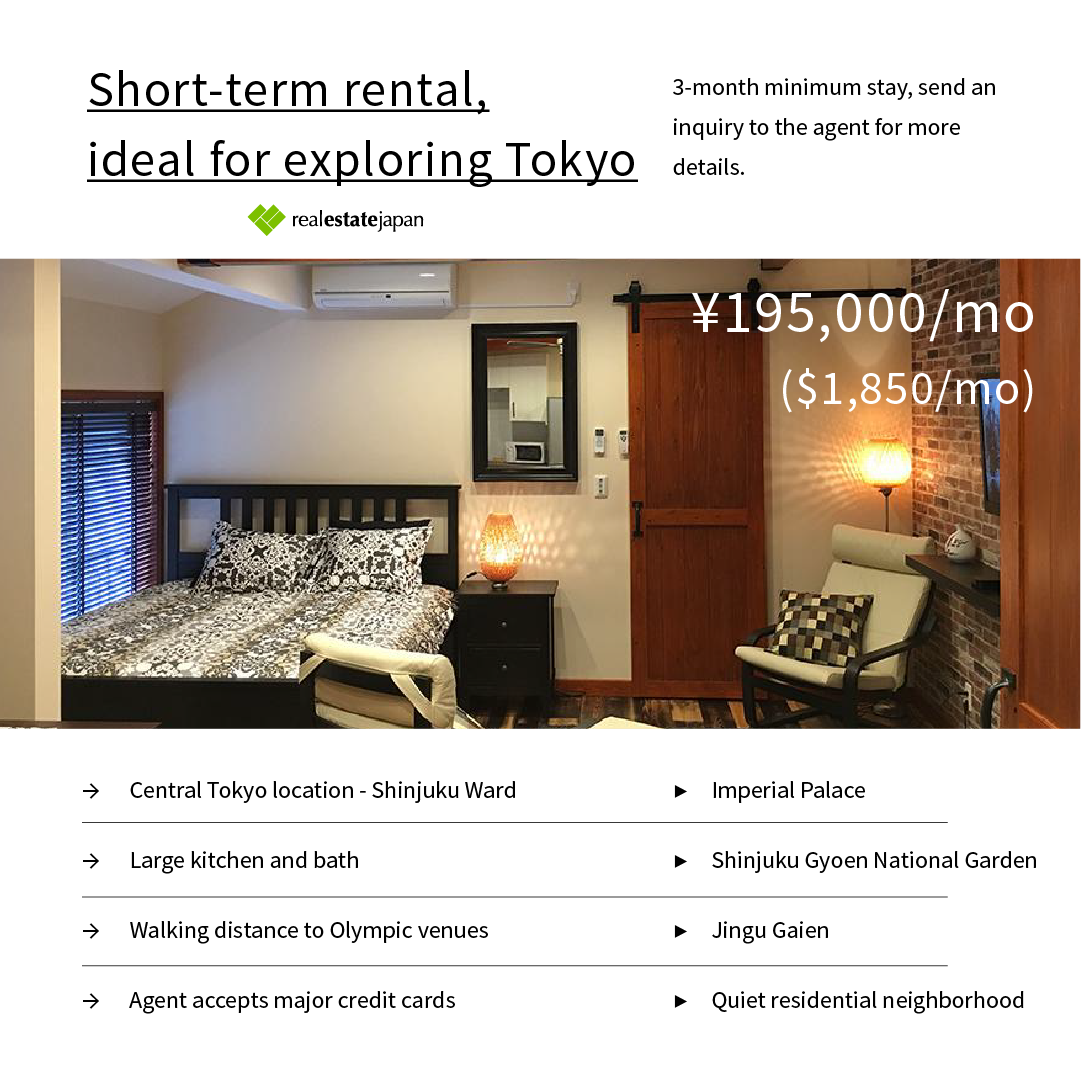 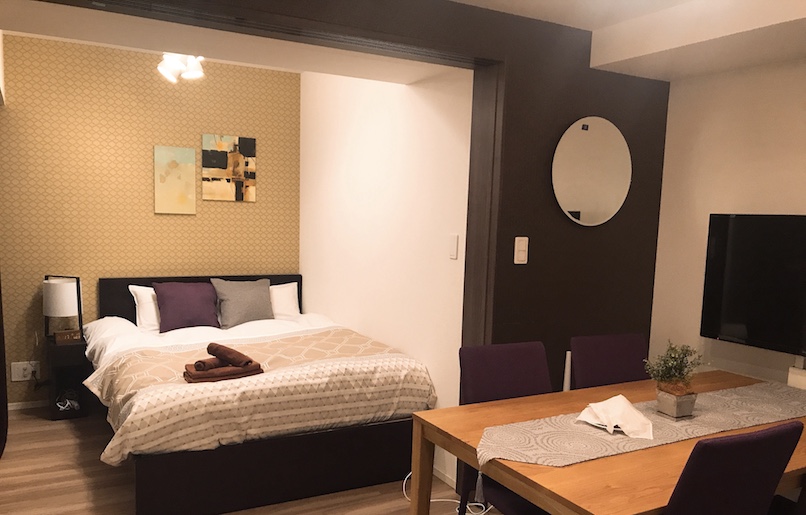 How to Find and Stay at a Furnished Apartment in Tokyo 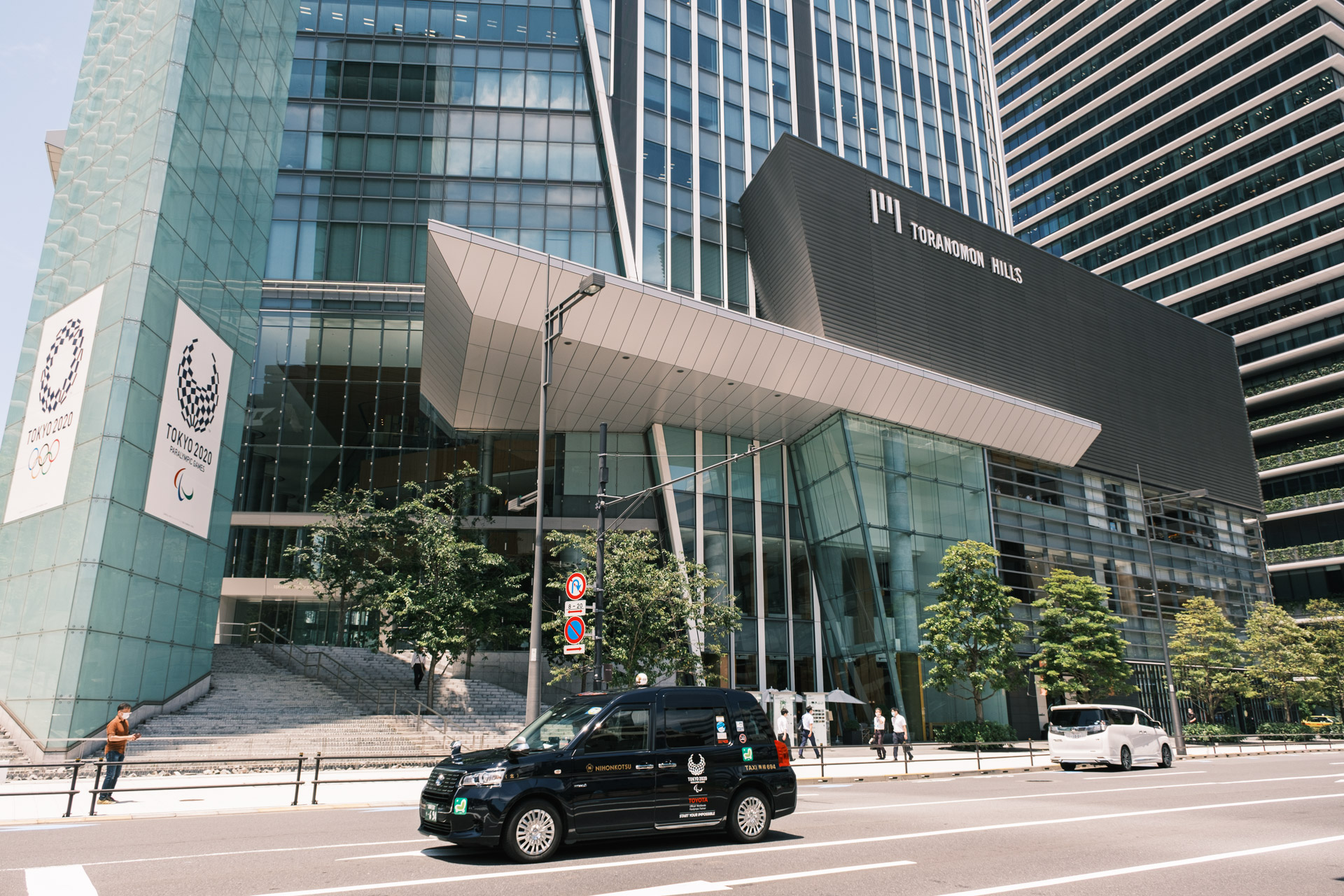