What is the average salary in Japan by occupation and age?

In this article, we review the average annual salary in Japan by occupation, age, and gender, as we’ve had many readers ask for this information in response to recent posts on the cost of living in Tokyo for a single person and how much can a single working person in Tokyo save a month.

The data below comes from an annual salary survey done by DODA, a Japanese job site.

What is the average salary in Japan?

What is the average salary in Japan by age?

What is the average annual salary in Japan by industry? 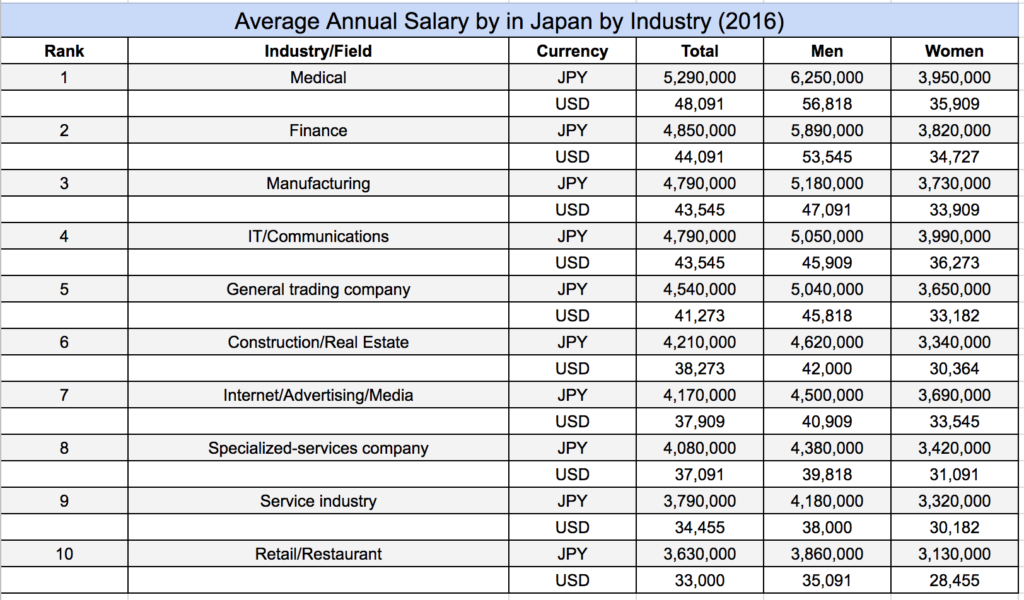 What jobs have the highest average salaries?

The survey covered 86 different job classifications in Japan. The following is the Top 30 ranking:

What is the annual average salary trend over the last few years?

It is interesting to note that the annual average salary reported by workers in the 2016 survey represented a 0.5% increase compared to 2015, but that salaries reported in this survey have not recovered to the levels reported in 2008, the year of the Global Financial Crisis. 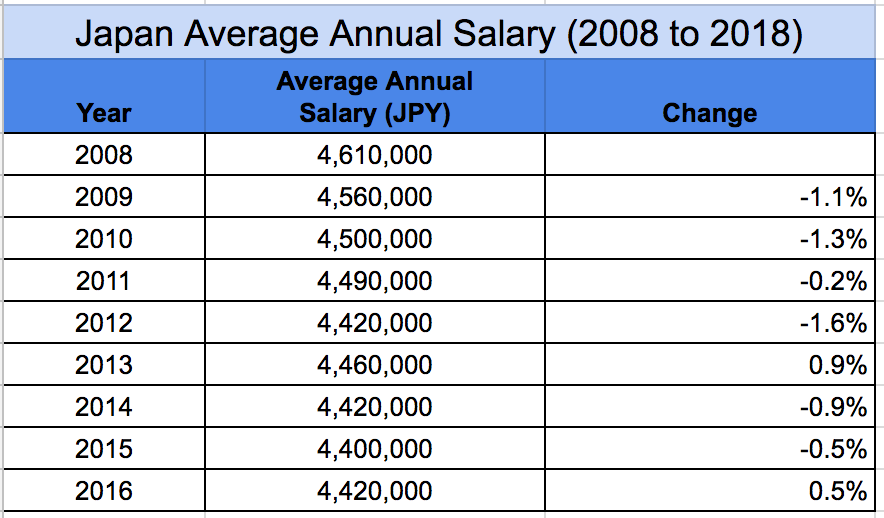 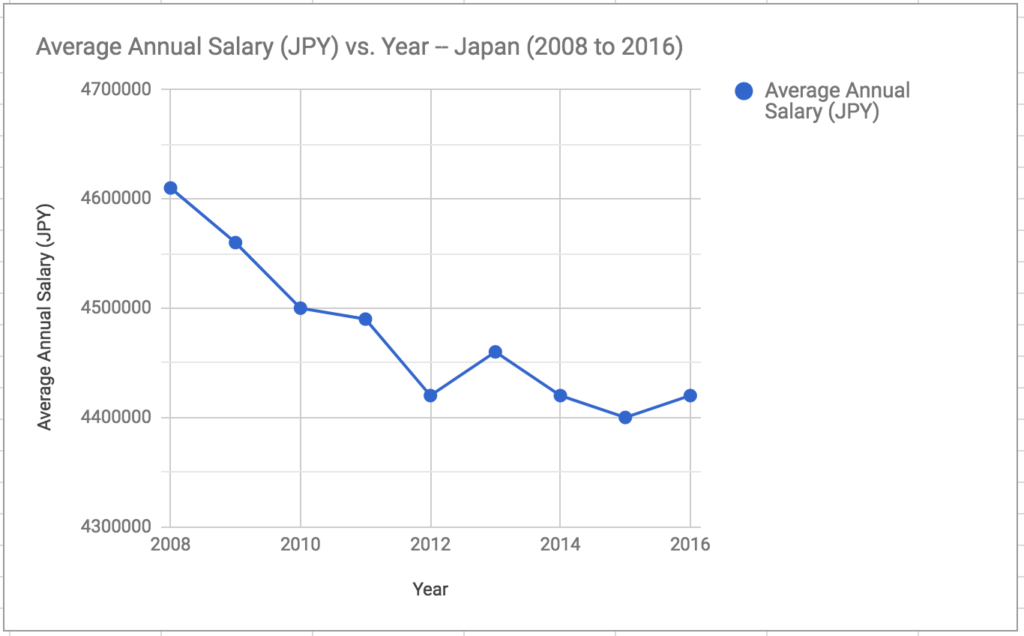 You may also be interested in: Cost of living in Tokyo and How much can a single working person save in Tokyo?

Have COVID regulations changed the requirements for bringing a dog or cat to Japan?

Bringing Your Pet Dog or Cat to Japan: Steps and Requirements