Taking out the trash may not come to mind as one of the more difficult things about adjusting to life in Japan. However, it can be tricky if you aren’t aware that

Each of Tokyo’s 23 Wards has its own set of rules for how you should sort and dispose of household trash and the frequency with which each type of garbage is collected.

The general rules for separating garbage are straightforward. Household garbage in Japan can be divided into four main categories:

The image below shows the official rules for Shibuya Ward, Tokyo, and gives a good overview of what things are considered combustible, non-combustible, and recyclable. 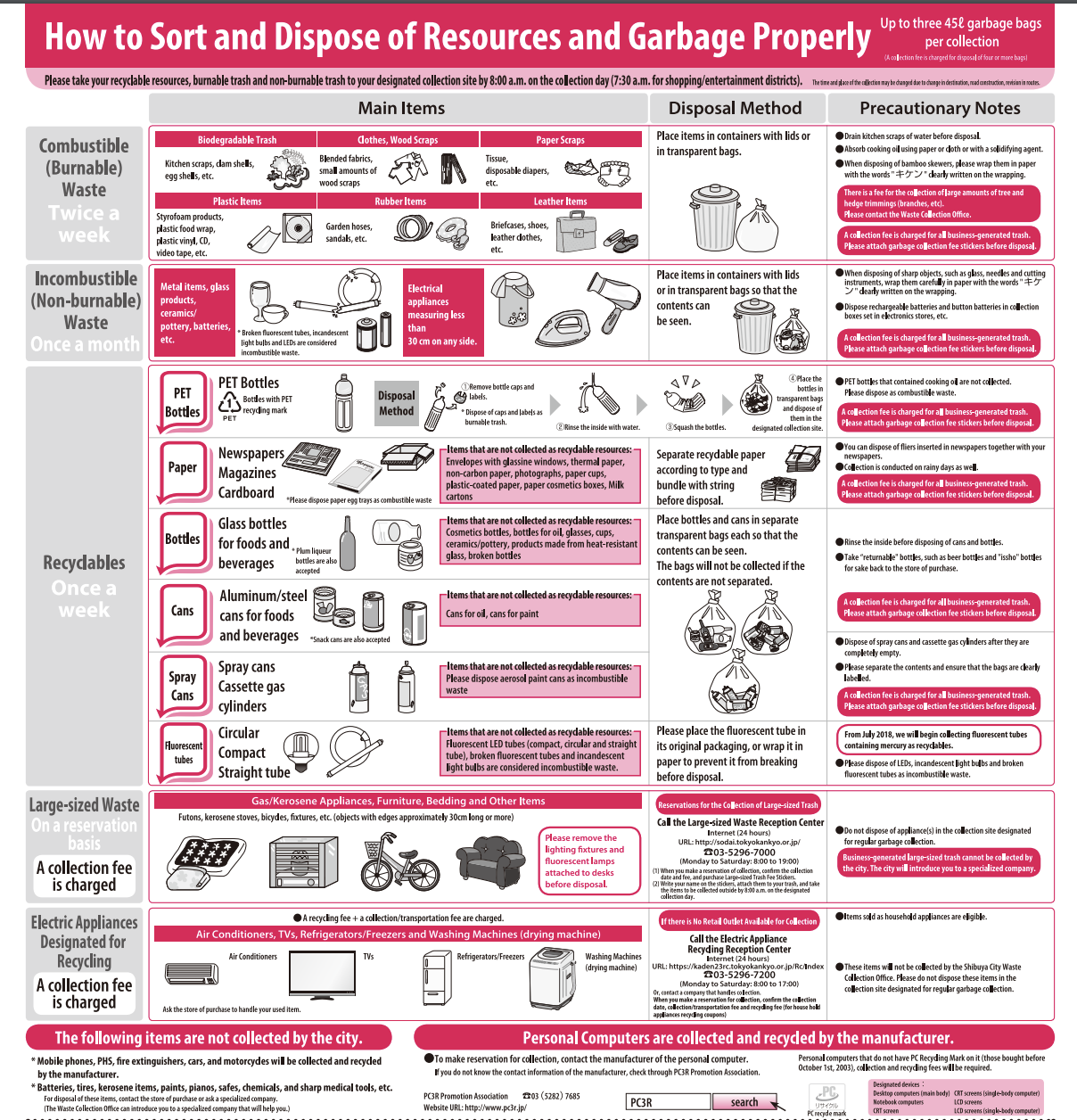 Official garbage sorting rules for Shibuya Ward, Tokyo. Click on the image to see a PDF of the full guidelines.

How often is garbage collected?

The first three types of garbage are picked up on a regular schedule, usually two or three times a week for combustible, once or twice a month for non-combustible, and once a week for recyclable items.

The actual schedule varies depending on the city or ward. The garbage collection schedule is usually posted on the first floor of apartment buildings and near garbage collection points. Or scroll to the middle this article for links to PDFs of the official rules and schedule for each of Tokyo’s 23 Wards.

Large-sized garbage (called sodai gomi in Japanese), such as futon, bicycles, household appliances, and furniture (in general, items that are over 30-cm in length) are only picked up by appointment. For these items, you have to call ahead to make an appointment and pay a fee for them to be picked up.

To get rid of large-sized garbage:

*Meguro Ward has chosen to provide each page of their garbage collection information sheet as a separate PDF file, totaling 7 links. It’s just easier to head to their site and click through to find the information.

In general, the wards will update their garbage pick-up schedules each year at the turn of the start of the Japanese fiscal year (April 1). Since the City Hall websites are independently operated/updated, there is a chance that the links will be broken. We apologize for any inconveniences in such case.

While you most likely will be able to find information about your neighborhood’s trash schedule and sorting rules at your ward office (city hall, 区役所), here is a quick rundown of some terms in Japanese that might make it easy to ask for help regarding certain types of garbage. 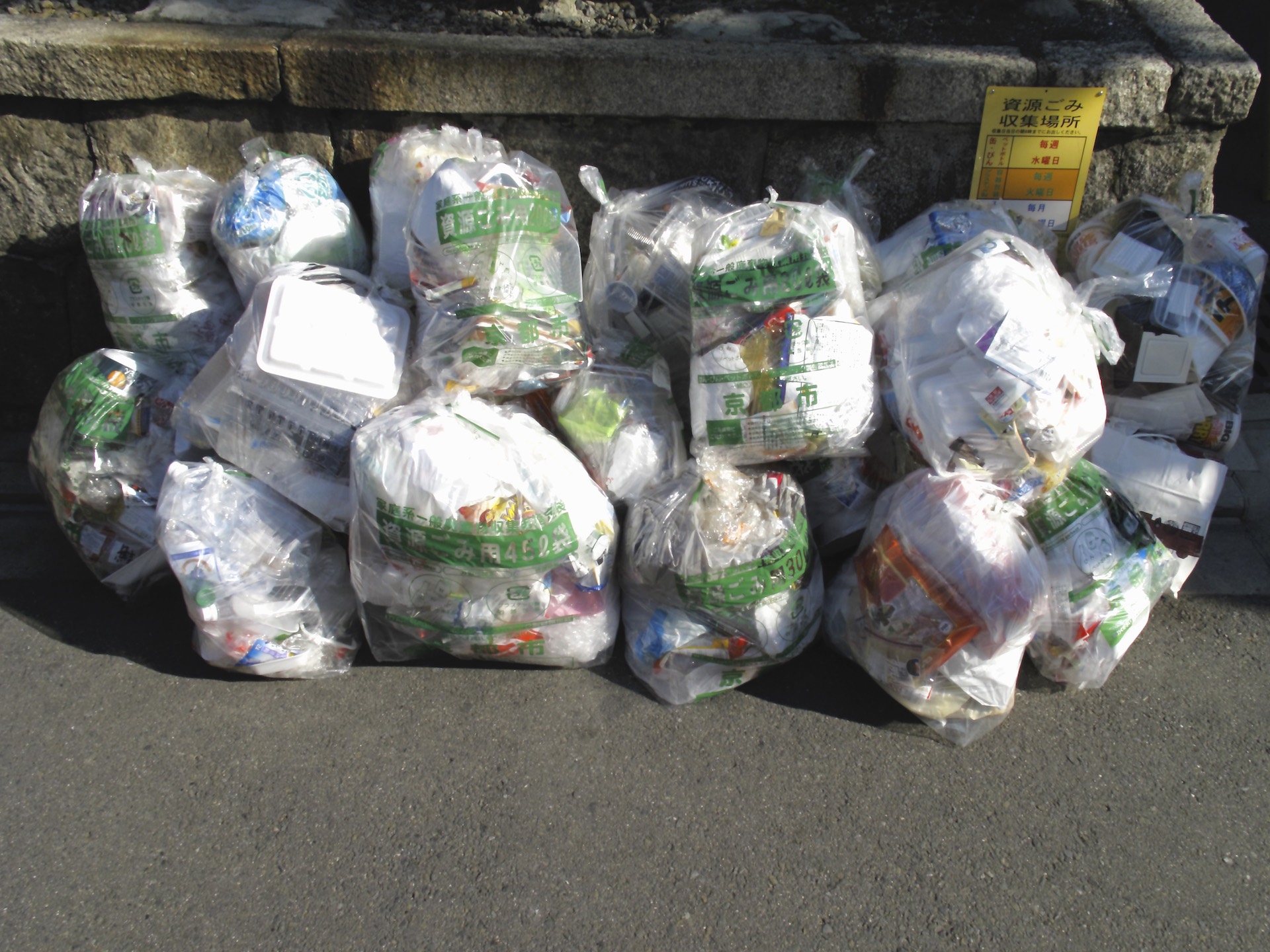 Note the handy garbage collection schedule posted in the upper-right of the picture. Check above to find our translations of common garbage terms! Photo: iStock stock photography

Here are a few handy tips to keep in mind for sorting and disposing of household garbage. 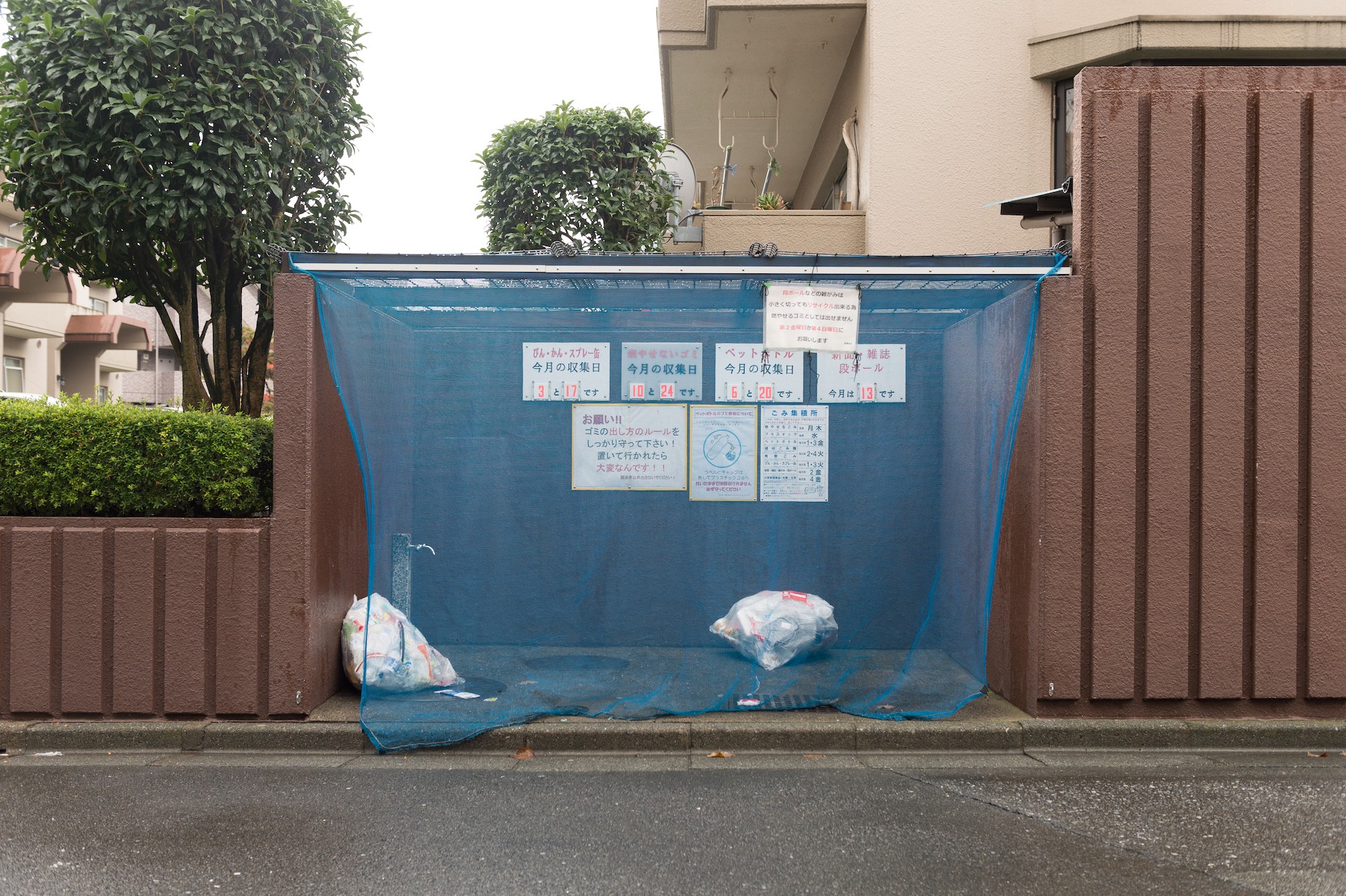 An example of a garbage collection area (ゴミ収集場所). It’s not uncommon for the areas to have some sort of net cover to prevent animals from getting into the trash. Note how there are a variety of instructions at the area to help residents with making sure they’re throwing trash away correctly. Photo: iStock stock photography

Rules for separating garbage in Japan can be confusing until you get used to them! Play along with Valentina to learn how to correctly separate garbage into the various categories. 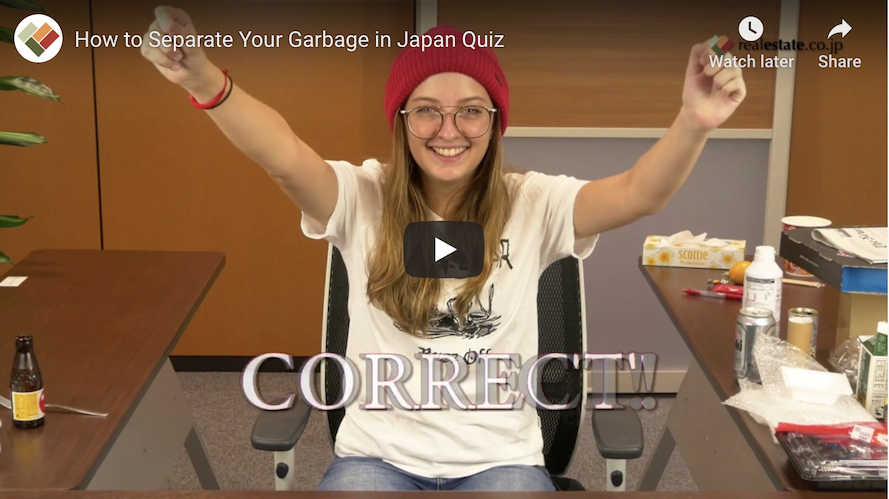