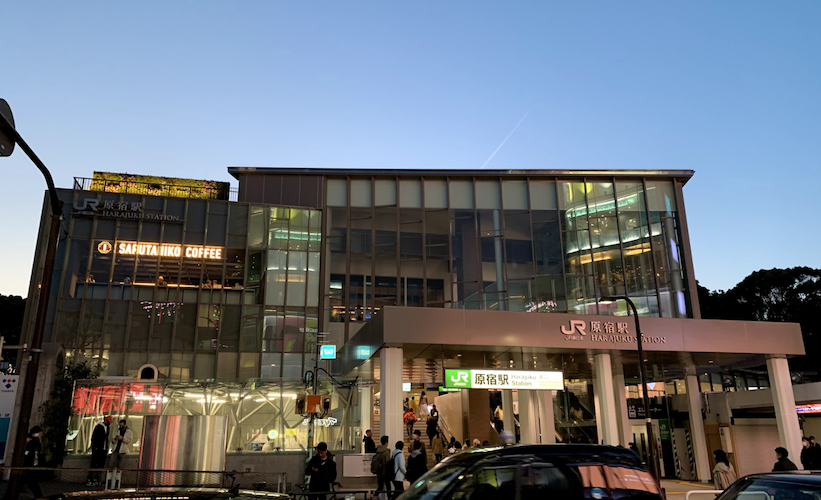 The new Harajuku Station building opened on March 21, 2020 to replace the old station building, which was the oldest wooden station building in Japan. There is a spacious Sarutahiko café on the second floor, with plenty of seating and a special Harajuku blend coffee and branded merchandise.  Photo by Yasuhiro Kitagawa for Real Estate Japan. Photo taken on March 25, 2020.

The new Harajuku station building was built right next to the old building, which was supposed to be demolished after the Tokyo 2020 Olympics, but since the Olympic and Paralympic games have been postponed, demolition plans have also been pushed back.

The new building is connected to the East and West exit gates. You can exit to the Jingu Bridge entrance of Yoyogi Park or towards Omotesando Dori. The new station is also directly across the street from the brand new with Harajuku shopping complex, which also houses IKEA’s first city-center location.