What are the most popular places for foreigners to live in Tokyo? 2019 By Nationality – North Americans – Part 2

In this article, we highlight the most popular residential areas in Tokyo among North Americans, which includes citizens of the US, Canada, Mexico, and Central American and Caribbean countries.

This is Part 2 in a series of articles looking at the most popular places for foreigners to live in Tokyo.

In Part 1, we gave an overview of the foreigner population in Tokyo and focused on popular areas for Europeans living in Tokyo.

The data below comes from the Tokyo Metropolitan Government‘s register of foreign citizens residing in Tokyo.

What are the most popular wards for North Americans?

The numbers below in parentheses indicates the North American percentage of total foreigner population in Tokyo as a whole (551,683) and Europeans as a percentage of foreigners living in the 23 Wards (465,191)

Numbers in parentheses indicates the percentage of the total North American population (18,816) living in the indicated Ward.

About 53% of North Americans live in just five wards: Minato, Setagaya, Shibuya, Shinjuku, and Meguro. These are the same as the most popular places for Europeans living in Tokyo.

For more on why Minato Ward is so popular with westerners living in Tokyo, please scroll to the bottom of the article.

The Top 5 North American nationalities in Tokyo are:

Where do most Americans live in Tokyo?

About 55% of the American population (comprising of 18,508)  in Tokyo is concentrated in five wards:

Where do most Canadians live in Tokyo?

Of note in the ranking is Suginami ward, which ties for 5th place in the Canadian list, but only comes in at #15 in the overall foreigner population list. Let’s zoom in a little on Suginami ward.

Suginami ward, which has a population of about 562,000) is in the western part of Tokyo and is bordered by Nerima Ward to the north, Nakano Ward (and a sliver of Shibuya Ward) to the east, and Setagaya Ward to the south. West of Suginami are the cities of Musashino and Mitaka.

Suginami ward is a bit of a not-so-well-hidden gem in terms of low-cost of living and convenient access to central Tokyo.

Average rent in Suginami Ward for both studio and family-sized apartments is much lower than in Tokyo’s central wards.

Ogikubo, one of the major hub stations on the JR Chuo and Marunouchi lines is located in the center of Suginami ward. From Ogikubo station it is a 13-min direct line to Shinjuku.

On Real Estate Japan, you can find budget studio apartments for rent in Ogikubo starting from under ¥50,000 ($460) a month.

Nishi Ogikubo (just one station west of Ogikubo) is another popular station for people looking for reasonably priced apartments on the JR Chuo line.

Another well-known stop and popular residential station on the Chuo line is Koenji, which has a reputation among locals as a hub of alternative youth culture and budget eateries, Japanese-style coffee shops, and bars. From Koenji, it is a 10-minute direct ride to Shinjuku.

On Real Estate Japan, you can find budget studio apartments for rent in Koenji starting from under ¥50,000 ($460) a month.

Where do most Mexicans live in Tokyo?

About 42% of the Mexican population of Tokyo live in five wards: 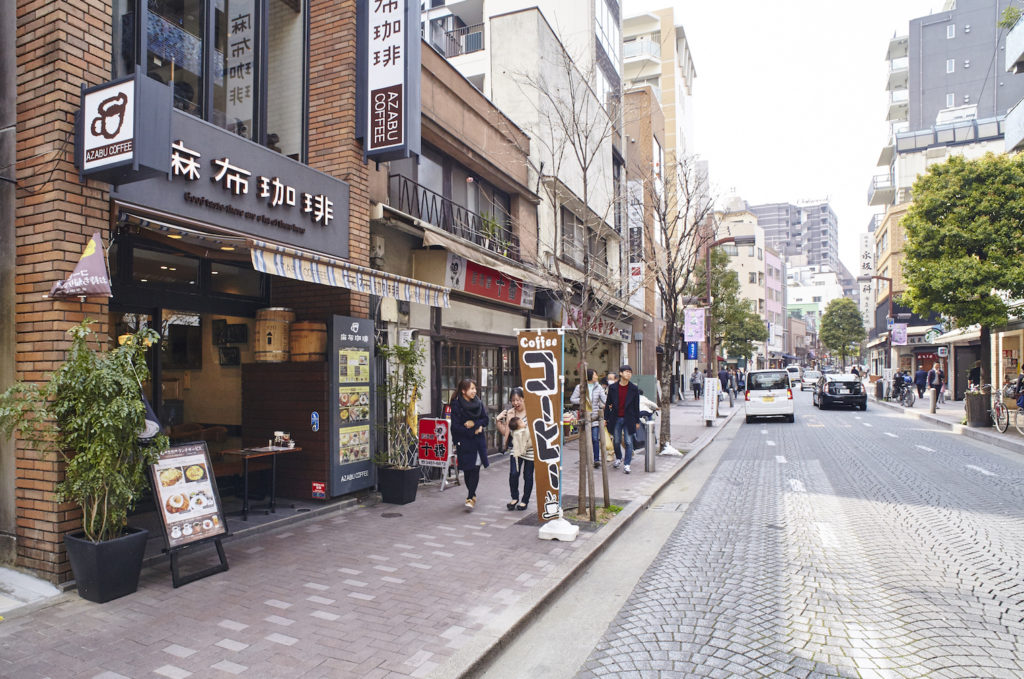 You may also be interested in: Where do most foreigners live in Japan?

What are the most popular places for Europeans to live in Tokyo?