The total number of new housing starts in Japan in 2021 reached 865,909 units, an increase of 6.6% versus 2020 and the first increase in three years. This is as recently announced by the Ministry of Land.

The number of residential units built specifically for sale increased by 3.9% to 248,384 units, the first increase in three years. In this segment, condominiums decreased by 5.0% to 102,762 units for the third consecutive year and single-family homes increased by 11.4% to 144,124 units.

New housing starts are up for the first time in three years but are still below the level seen prior to the pandemic. In 2019, housing starts totaled 883,867 units. In the past twenty years, the lowest number of new housing starts was 775,277 units in 2009, the year following the great financial crisis of 2008. 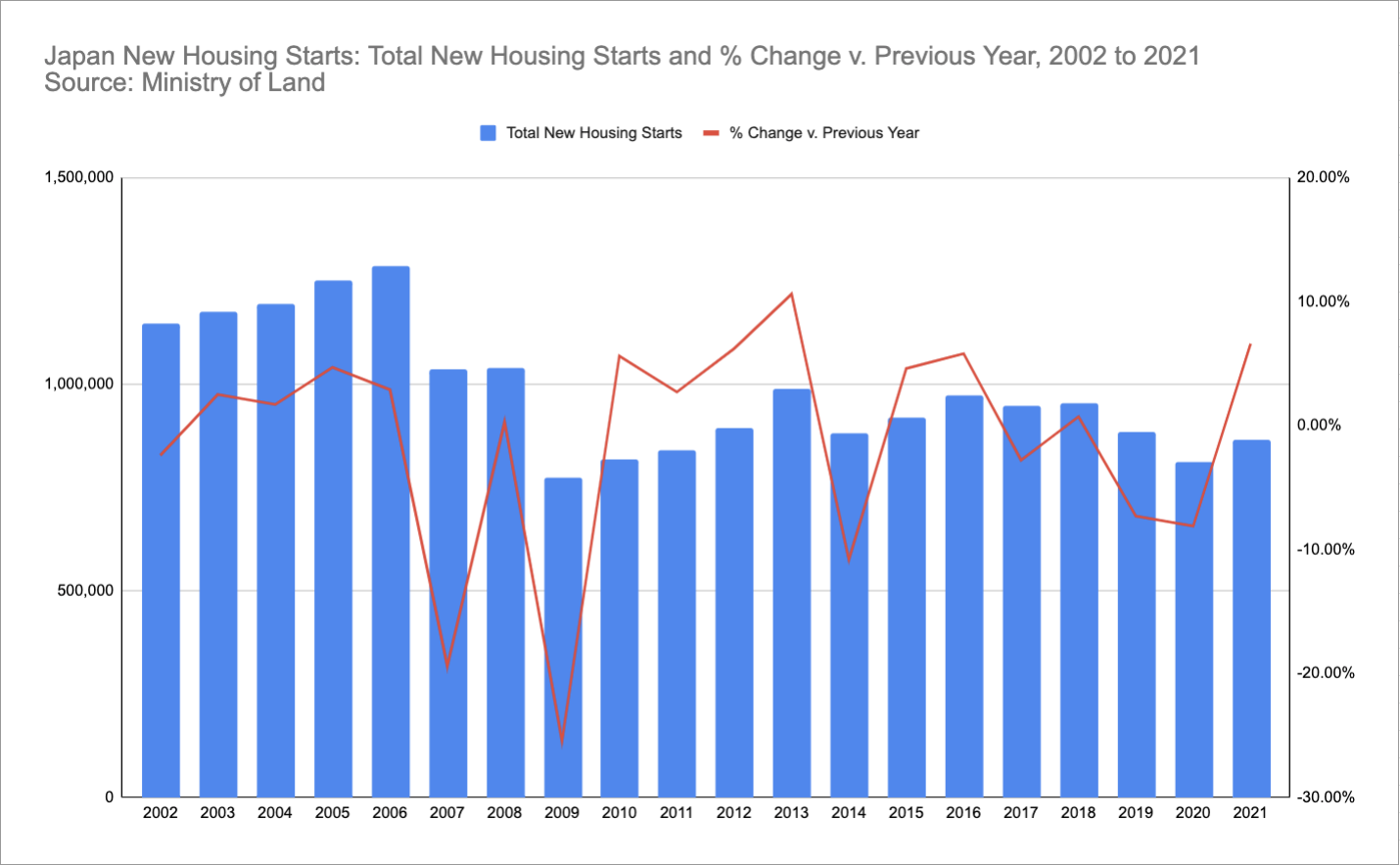 Japan faces a long-term demographic decline, with the number of newborns falling to a record low in 2021, marking six straight years of decline (Ministry of Health). The number of deaths in 2021 was also at a record high in 2020 and the highest figure since the end of World War II in 1945.

As a result, Japan’s population had its largest population drop on record, falling by 644,000 to just over 125.5 million in 2021, reflecting a decline in foreign residents amid tighter border controls over the coronavirus pandemic and the rapidly aging society (Kyodo).

Japan faces a dual challenge of a declining workforce and a graying population. Prior to the pandemic the pace of population decline was slowing, helped by an increase in foreign workers coming to the country under a relaxed visa system to help ease the labor shortage (please see this article on Japan’s specified visa system, which started in 2019).

However, coronavirus-related border control measures effectively shut the border to new immigration in the last two years. Japan started allowing the entry of foreign students and long-term workers starting in March this year and plans to allow some foreign tour groups to enter the country, possibly as early as the end of May.

Seals no longer required: Digital real estate document delivery to start in May 2022