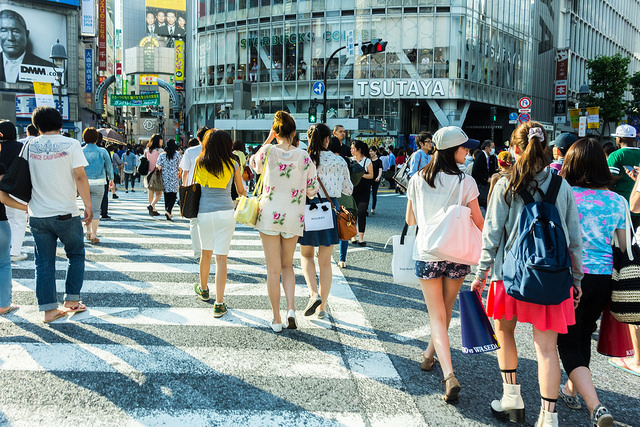 With preparations for the Tokyo 2020 Summer Olympics underway, there are a number of high-profile urban renewal and development projects in progress throughout the city.

The Tokyo Bay area has gotten much of the attention because it will be one of the main competition venues, as well as being the site for the athletes’ village. The bayside will not be only area getting a facelift.

In this article, we will take a look at developments in Shibuya, one of Tokyo’s most colorful and busy districts, and a center of youth culture and entertainment.

However, there are plans to make dramatic changes to the area, with the aim of making Shibuya into a skyscraper and business district by 2020.

The Shibuya Hikarie is directly connected to Shibuya station and is an integrated shopping, dining, and entertainment complex. It is considered a prime retail and office destination and is the venue for Tokyo Fashion Week. However, most locals do not think of skyscrapers when they think of Shibuya.

Three companies, Tokyu Corporation, JR East and Tokyo Metro are carrying out a joint project that will change the whole look of the neighborhood surrounding Shibuya station. The project encompasses a large area, divided into four districts:

Each area is slated to have one or more skyscrapers, but the project will focus on the renewal of Shibuya station itself.

The east wing of Shibuya station will be reborn as a 230 m-high, 47-story skyscraper, with a rooftop observation deck. Read about the 47-story observation facilities to be built atop Shibuya Station here. When completed it will dwarf the Shibuya Hikarie building and is envisioned as a new landmark for Shibuya. Plans are for it to be built by 2020. The west and center wings will be completed by 2027. See more photos here.

The “Shibuya Station South” district will welcome a 180m-high 34-story skyscraper, and the Sakuragaoka district will have two buildings taller than 150m. A 110m-high 18-story building will be coming to the Dogenzaka area.

What will become of Hachiko?

What will happen to Hachiko Plaza, one of the most famous meeting points in Tokyo? And what about Shibuya Crossing, perhaps the most chaotic (and photographed!) intersection in the world?

According to the developers behind the project, because tall buildings use vertical space more effectively, there will be more space available on the ground which can be developed as public squares or gardens.

For example, Hachiko Plaza will be expanded by 1.5 times. The defunct Tokyu rail tracks in the Shibuya Station South district will become green space and have a tree-lined promenade.

Also, apparently, buildings will be connected with skyways or underground walkways to give people more mobility, regardless of inclement weather!

The developers’ vision for Shibuya is to make it a futuristic city, a mixture of New York’s Times Square and Silicon Valley. Central to this vision is to turn Shibuya into a business district.

The developers want to encourage this trend. Plans are to dedicate most of the space in the planned skyscrapers to office use, thereby attracting more companies to settle in Shibuya. The thinking is that if Shibuya can become a business district, workers will also want to live nearby, leading to the reinvigoration of the surrounding area.

You may also be interested in: Shinagawa to be Japan’s Gateway to the World? and Two New Skyscrapers Coming to Shibuya

Land prices in Japan fall for the first time in six years, pummelled by COVID effect

Where Residential Land Values in Japan Are Rising, a Year into COVID: 2020 Q4 LOOK Report